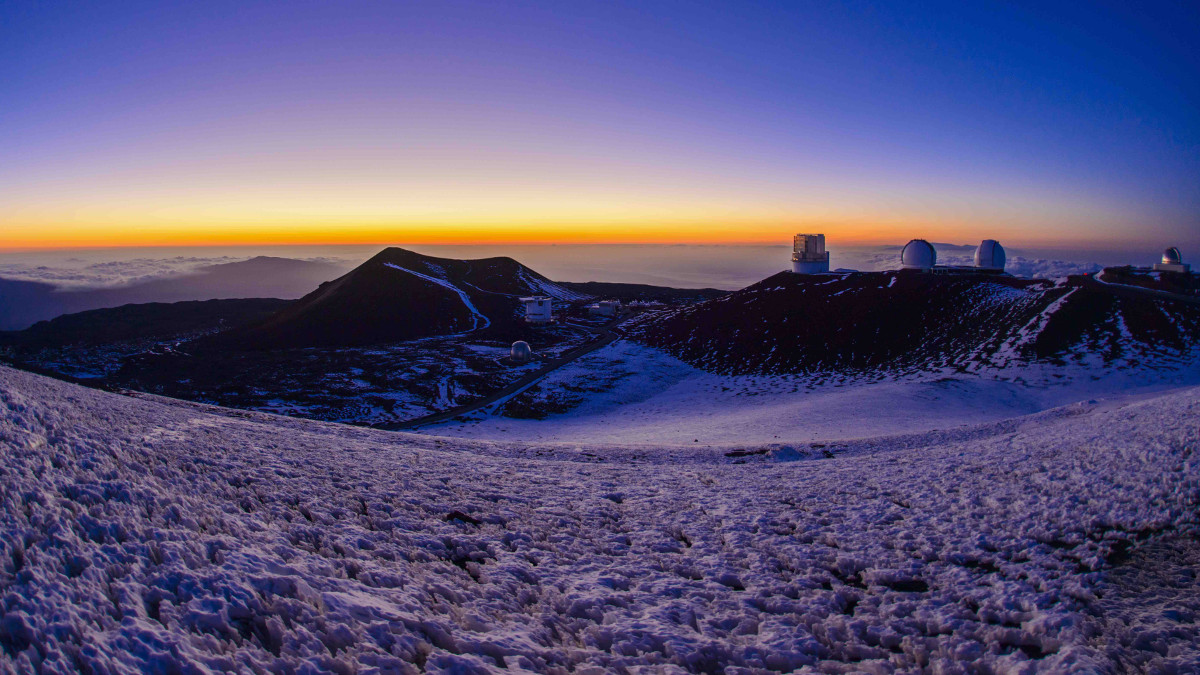 HONOLULU, Hawaii - The University's management of the mountain is not being accurately portrayed, a spokesperson says, after OHA holds a press conference to announce its taking the state and UH to court.

(BIVN) – The University of Hawaii responded to the announcement made Wednesday that the Office of Hawaiian Affairs is taking the university, and the State of Hawaii, to court over the alleged mismanagement of Mauna Kea.

“Look at the record,” Meisenzahl said. “Read the 1998, 2005, 2014 and 2017 State Auditor reports. Read the decision by Judge Amano that includes a great summary of all sides of the issue. Google Maunakea comprehensive management plan.”

“The 1998 State Auditor report was a wakeup call that led to the creation of a completely new approach to stewardship,” Meisenzahl said, adding that while critics always cite the twenty year old report, they fail to mention the State Auditor’s follow up report in 2014 that said, quote, “We found that UH has developed several management plans that provide a comprehensive framework for managing and protecting Mauna Kea while balancing the competing interests of culture, conservation, scientific research and recreation.”

“A strong foundation is now in place and the university is committed collaborative stewardship of Maunakea to build on this foundation with all stakeholders, especially the people of Hawaii island,” the UH spokesperson said.

Governor David Ige declined to comment on the lawsuit during a press conference held today on an unrelated topic, saying his office needed time to review the complaint.

Attorney General Doug Chin had this to say:

“The lawsuit was just filed, and we are reviewing it. Based on a preliminary review, it appears that the allegations are based on activity that occurred over multiple state and university administrations. The current state and university administrations have worked in good faith to continually improve management of the mountain. We expect to detail those efforts over the course of the litigation.”

UPDATE (5 p.m.) – The Hawaii Department of Land and Natural Resources issued this statement:

“We are in the process of reviewing the complaint. DLNR remains committed to its stated mission of enhancing, protecting, conserving and managing Hawaii’s unique and limited natural, cultural and historic resources held in public trust…in partnership with others from the public and private sectors. We will comment further at an appropriate time”

Among the issues identified by OHA in its lawsuit are allegations of:

On the other hand, UH’s Meisenzahl points out that the Maunakea Management Board, Native Hawaiian Kahu KU Mauna council and the Office of Maunakea Management received the Preservation Commendation Award from the Historic Hawaiʻi Foundation in 2017, which he said is “the foundation’s highest recognition of preservation, rehabilitation, restoration and interpretation of the state’s architectural, archaeological and cultural heritage.”

Meisenzahl said the university’s work led to the development of the Mauna Kea Science Reserve Master Plan, which led to the comprehensive management plan and four sub management plans – cultural resources, natural resources, public access and decommissioning. This led to the establishment of the Maunakea Rangers, “the mountainʻs first responders and protectors”, UH says, as well as a complete archaeological survey of 11,288-acre Maunakea Science Reserve.

Meisenzahl says the roads on the mountain are regularly maintained and graded twice a week and cleared of snow, and that Maunakea has it own weather station to provide the most accurate weather reports possible.