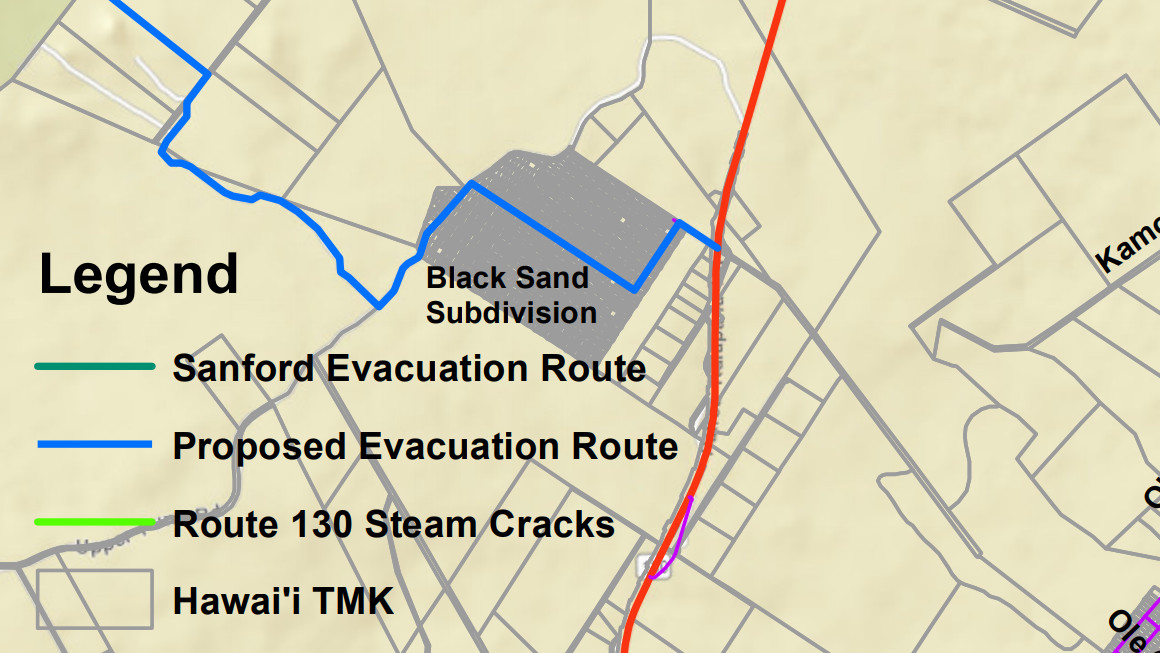 inset of map provided by Hawaii Department of Transportation

PUNA, Hawaii - The new alternate route would intersect with Highway 130 at the Black Sand Subdivision, run through various private lots, and connect with the South Kaohe Homestead Road, officials say.

(BIVN) – The Hawaii Department of Transportation has brought a Puna traffic resource back online, and is planning to create a new, alternative path around Highway 130.

Island residents will remember the Puna roadway webcams installed in 2014, as Pahoa was bracing for traffic jams in case the June 27 lava flow from the Puʻu ʻŌʻō vent reached Highway 130. More recently, the website appeared to be offline.

Hawaii County Civil Defense says Highway 130 from Pahoa to Kalapana Road is open only to residents with official credentials.

(HDOT) announces the availability of thermal and visual camera views of the cracks at mile markers 14.4 and 14.6 on Keaau-Pahoa Road (Highway 130) and a camera view of Highway 11 at the entrance to Hawaii Volcanoes National Park. The camera views may be accessed at http://ops.punatraffic.com and are made available to assist emergency management and lower Puna residents with decision making during the continuing volcanic activity from Kilauea Volcano.

Highway 130, the main route for lower Puna, remains open to local traffic as HDOT and emergency response workers continue to monitor gas levels and temperature at mile markers 14.4 and 14.6. This section of Highway 130 developed cracks due to the volcanic activity on May 4 and was reopened following the installation of steel plates and monitoring equipment on May 15, 2018.

HDOT completed preparation of alternate evacuation routes on Chain of Craters Road and parallel to Highway 130 in coordination with the County of Hawaii, National Park Service, state and federal agencies, and private landowners. These emergency evacuation routes were ready for use on Saturday, June 2, 2018.

The preparation of an additional alternative route to Highway 130 has begun. This alternate route would intersect with Highway 130 at the Black Sand Subdivision, run through various private lots, and connect with the South Kaohe Homestead Road. A graphic showing the route is available [below]. 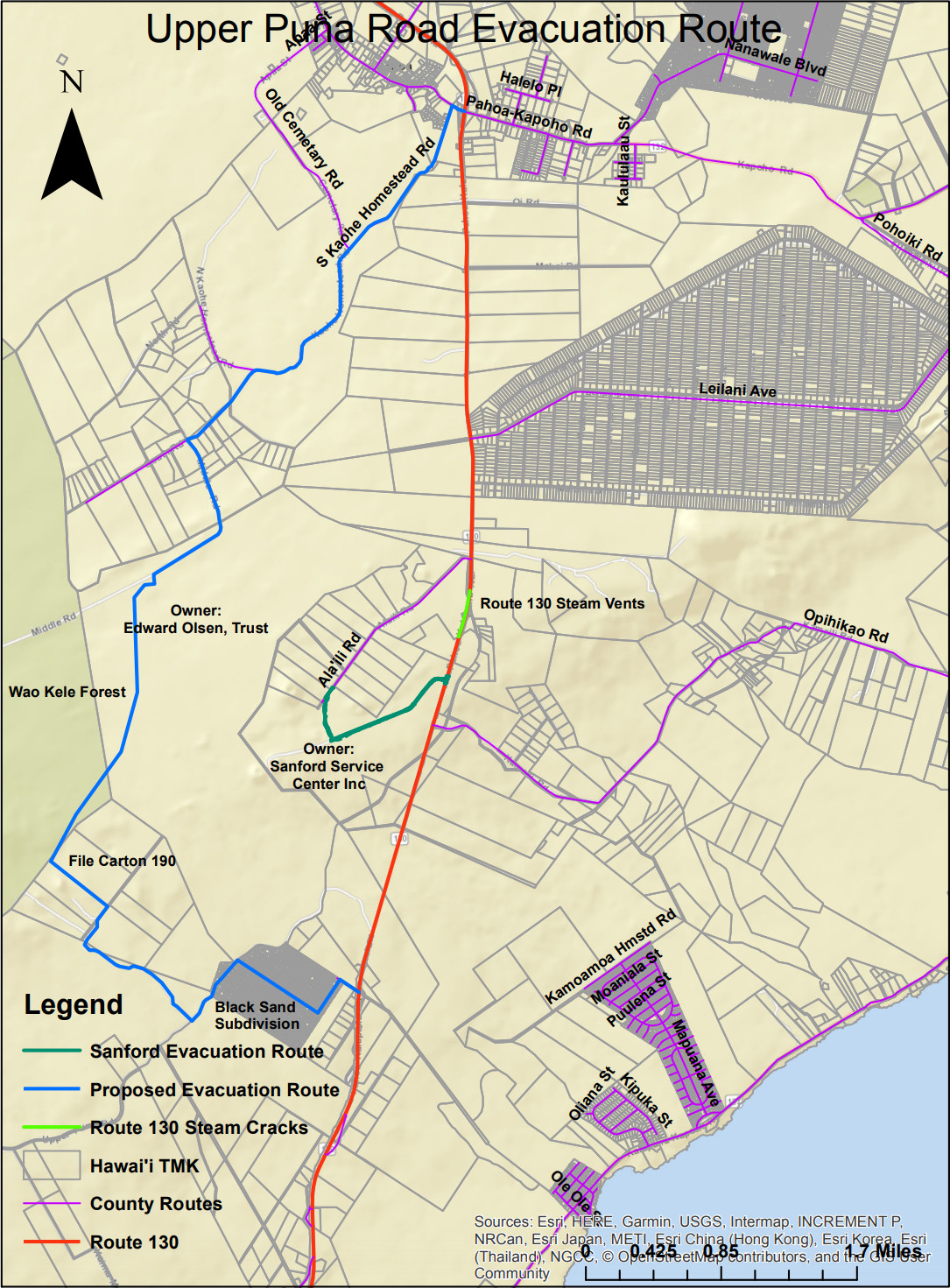