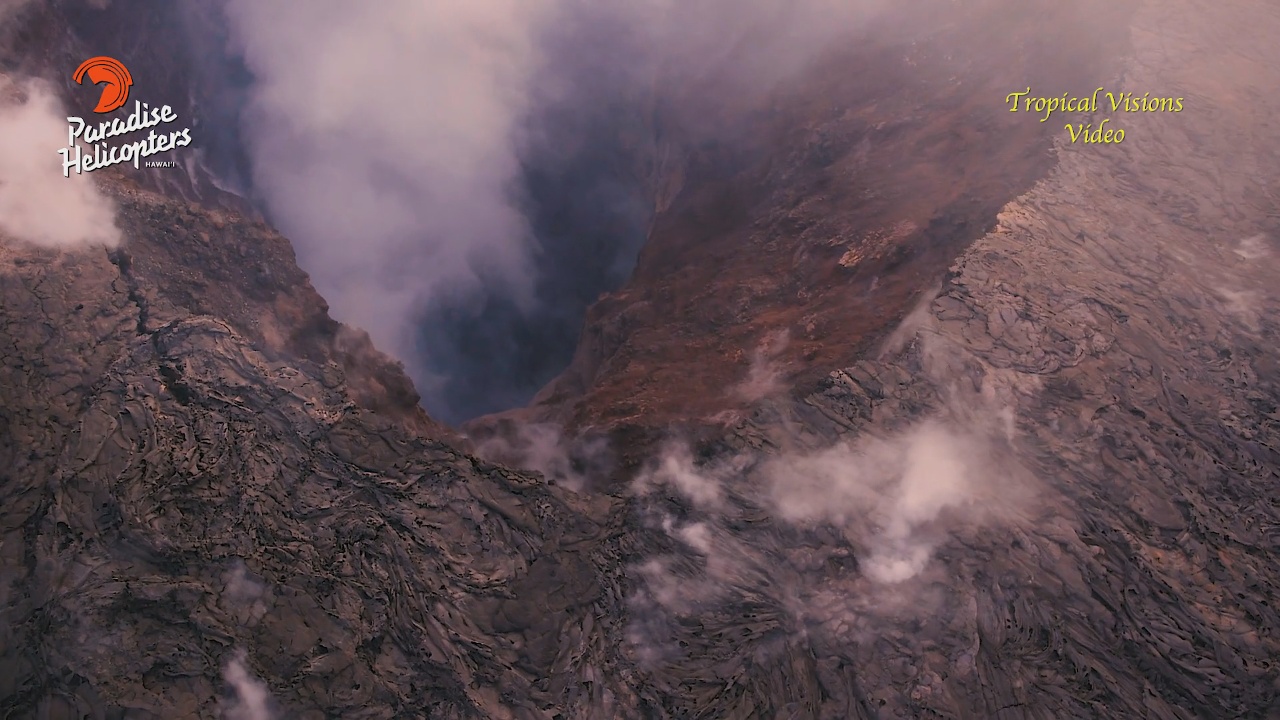 image from video of Pu'u O'o recorded by Mick Kalber on Sept. 6

HAWAII ISLAND - A series of small collapses produced episodes of visible brown plume throughout the day on Saturday, as scientists continue to monitor Kilauea Volcano. 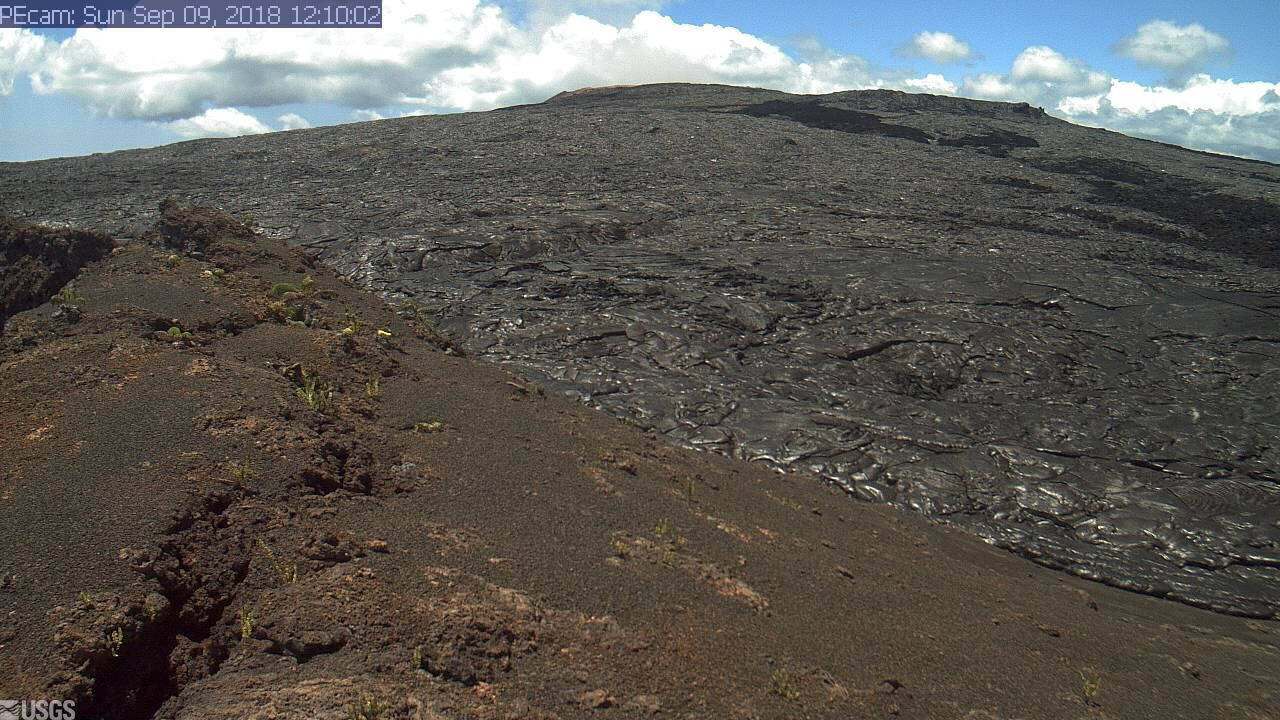 The USGS webcam view of Puʻu ʻŌʻō on Sunday morning.

(BIVN) – On Saturday, Puʻu ʻŌʻō crater experienced a series of small collapses which produced episodes of visible brown plume throughout the day.

The plumes were most prominent at about 10:30 a.m. HST, the USGS Hawaiian Volcano Observatory reports (the activity was also reported across social media). The collapses generated “small tilt offsets and seismic energy recorded by nearby geophysical instruments,” the scientists say, although the events “had no discernible effect on other parts of the rift, though we will continue to monitor for longer-term changes.”

Puʻu ʻŌʻō is located on the middle East Rift Zone of Kīlauea Volcano between the summit and the lower East Rift Zone where recent fissure eruptions destroyed over 700 homes. The Puʻu ʻŌʻō vent has been quiet ever since a huge collapse occurred at the end of April and lava evacuated downrift, preceding the May 3 eruption in Leilani Estates.

“Tiltmeters in Kīlauea’s middle East Rift Zone continue to record small amounts of inflationary tilt, which may be a sign of refilling of the rift zone,” the USGS wrote this morning. “The rates have been steady over the past week and did not show a short-term change following yesterday’s collapses at Puʻu ʻŌʻō.”

Meanwhile, on Kīlauea Volcano’s lower East Rift Zone, minor amounts of incandescence, fume, and lava flows continue to be observed within the Fissure 8 cone. None of the lava flows have extended outside the walls of the cone, USGS says, and there is no change in overall activity from observations over the past several days.

There appears to be a new USGS webcam keeping an eye on things within Fissure 8. 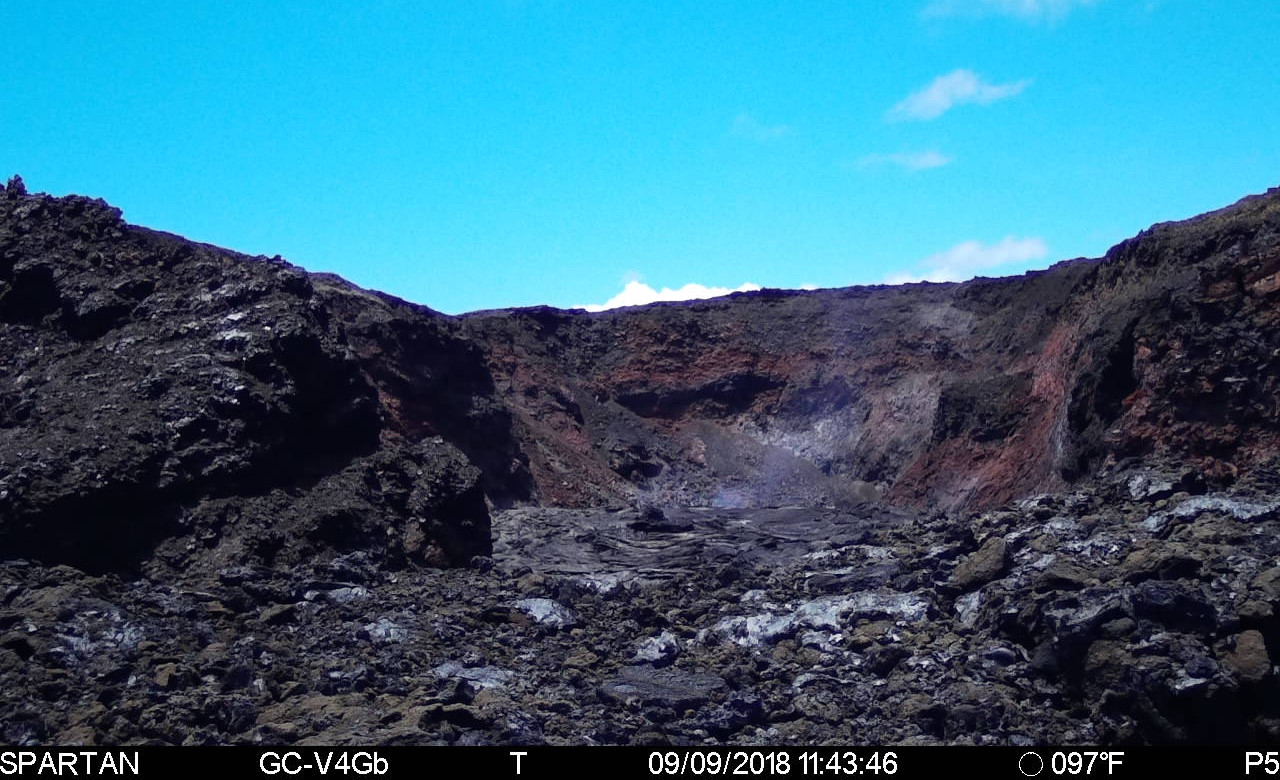 Sulfur dioxide (SO2) emission rates at the summit, Puʻu ʻŌʻō, and LERZ are drastically reduced, the scientists say. Seismicity and ground deformation also remain low at the summit of Kīlauea. Small aftershocks from the magnitude-6.9 earthquake in early May continue to occur on faults located on Kīlauea’s South Flank.