HONOLULU - The failure to transfer and report Public Land Trust receipts from the Mauna Kea Visitor Information Station became an example of the ongoing issue with ceded lands revenue.

(BIVN) – A recent informational briefing at the state capitol foreshadowed the debates that are likely to occur about ceded lands revenues – and even Mauna Kea – during the upcoming 2019 legislative session.

On December 27, the State Senate Committees on Ways & Means and Water & Land received “an update on the status of agency transfers and report of Public Land Trust receipts, pursuant to Act 178 (2006) and Executive Order 06-06.” Three Hawaiʻi Island senators, Lorraine Inouye, Kaiali‘i Kahele, and Dru “Mamo” Kanuha, sit on Ways & Means and were present for the meeting. Sen. Kahele also chairs the Water and Land Committee.

Various state department heads, University of Hawaiʻi officials, and Office of Hawaiian Affairs representatives were in attendance. The focus was on revenues generated by state agencies on ceded lands.

“In crafting the legislation that would grant Hawaiʻi statehood, Congress specifically required the state to hold the former crown and government loans of the Kingdom – to which Native Hawaiians had never been compensated for – in trust,” said Jocelyn Doane, OHA’s public policy manager. “One of the named beneficiaries were Native Hawaiians. I think that’s really important context when we are talking about the purpose for which the state is meant to hold these lands and who is meant to benefit.”

“Accordingly, Hawaiʻi’s Constitution created OHA and then authorized our trustees specifically to manage those funds, specifically for our beneficiaries,” Doane said.

“In 2006, the legislature adopted Act 178,” said Hawaiʻi Attorney General Russell Suzuki. “Act 178 requires the executive branch to come up with $15.1 million dollars annually to give to OHA … to fulfill our obligations in the Constitution.”

By law, the state is required to transfer 20% of the revenue generated from ceded lands to OHA, although any amount over $15.1 million must go into a holding account.

Doane said Act 178 also requires agencies to report all revenue, “regardless if they are subject to OHA’s pro rata share or not.”

“From our opinion there are 3 main, outstanding issues as it relates to all this, pro rata share of the Public Land Trust,” Doane said. “The first is agencies substantially under-report what’s generated. Number two, agencies substantially under transfer what they should be transferring. And finally, the amount that OHA receives – $15.1 million – which, again, was meant to be temporary, is outdated.” 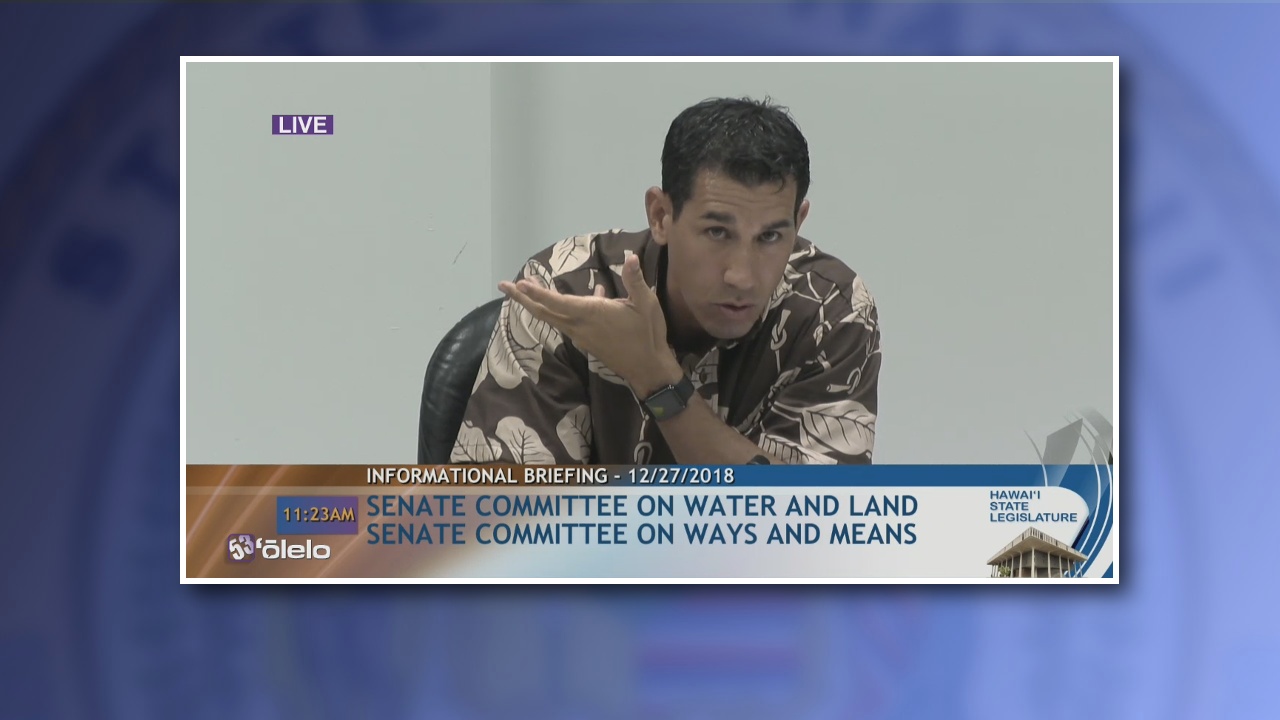 Sen. Kahele questioned top administrators of the University of Hawaiʻi System. “UH reports receipts from parking, faculty, housing, non-student rentals, vending machines and certain bookstore items,” Sen. Kahele said. “But in my interpretation of [Act] 178, it specifically requires the reporting of all receipts.”

“At the Mauna Kea Visitor Center, there are Public Land Trust receipts, and UH’s internal audit noted $1.2 million in retail sales,” Sen. Kahele said. “Do you pay public land trust receipts on that?”

“We do not ,” said UH president David Lassner. “Those retail sales, in general, are part of the overall MKSS – Mauna Kea Support Services – function, which is a cost center not a revenue center.” The revenues pass through RCUH, or the Research Corporation of the University of Hawaiʻi.

Lassner said UH does not report the Mauna Kea VIS receipts, either. That policy is based on guidance that has been provided by the Attorney General, Lassner said.

“I think what we’re gonna do,” Sen. Kahele said, “is look at requesting a state auditor to look at the overall process – this legislative session – of how we manage the ceded land inventories as required by the Public Land Trust and how we actually define proceeds, revenues, and receipts and how to best manage those trust resources.”