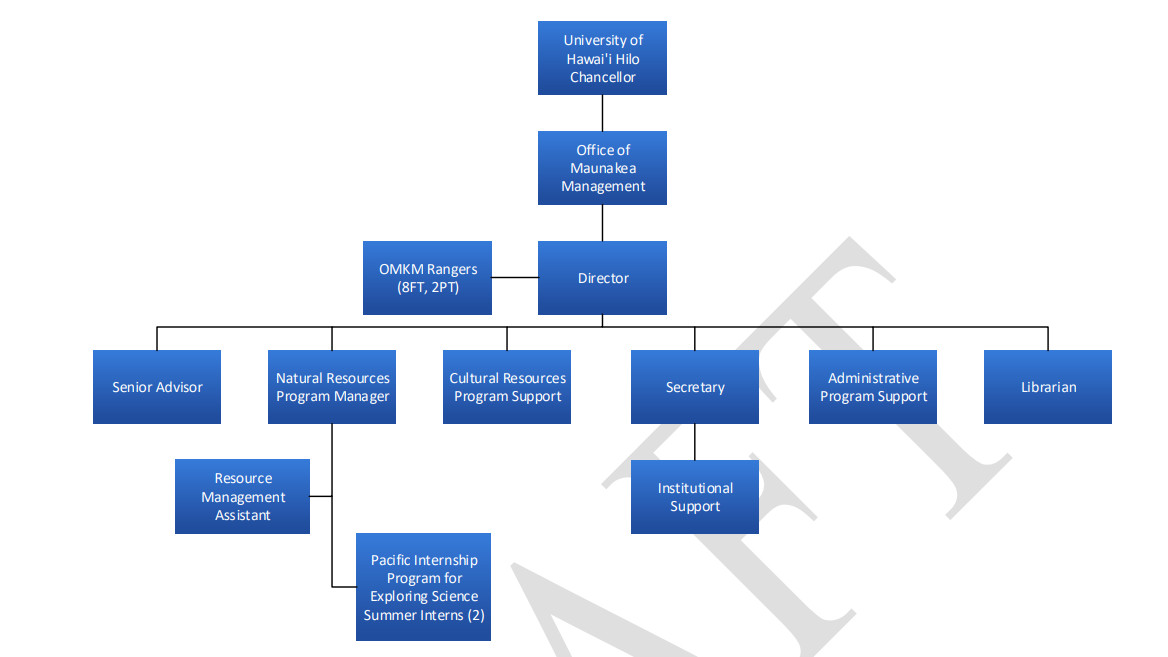 OMKM’s organizational chart as of September 2018, via audit report

HONOLULU, Hawaiʻi - A draft audit of "University-related entities engaged in the stewardship and management of Maunakea" has been released.

(BIVN) – A draft report in response to a resolution requesting a financial management audit of “University-related entities engaged in the stewardship and management of Maunakea” will go before the University of Hawaiʻi Board of Regents Committee on Independent Audit Wednesday on Oʻahu.

According to the Overall Observations and Conclusions in the report, the Internal Audit identified and described various University entities involved with the mountain, the summit of which is leased by the University of Hawaiʻi from the state mostly for the purpose of astronomy. The Internal Audit “determined that each entity has a distinct and separate function as well as operating objectives,” and that “no individual or group of individuals at any entity could describe the University’s overall operations and related financial results associated with the UH-managed lands on Maunakea.”

However, the “Internal Audit does not believe this to be a deficiency or weakness as the various University entities collaborate and coordinate their efforts effectively,” the report says.

The Regents requested the internal audit during a meeting held in Hilo earlier this year.

The audit reported challenges “resulting in the scheduling of a substantial number of meetings and phone calls and the distribution of e-mails and other forms of correspondence” and the “substantial” volume of documents reviewed as a result. This figure, relating to the entities governing Maunakea, gives an idea of the complexity of the situation: 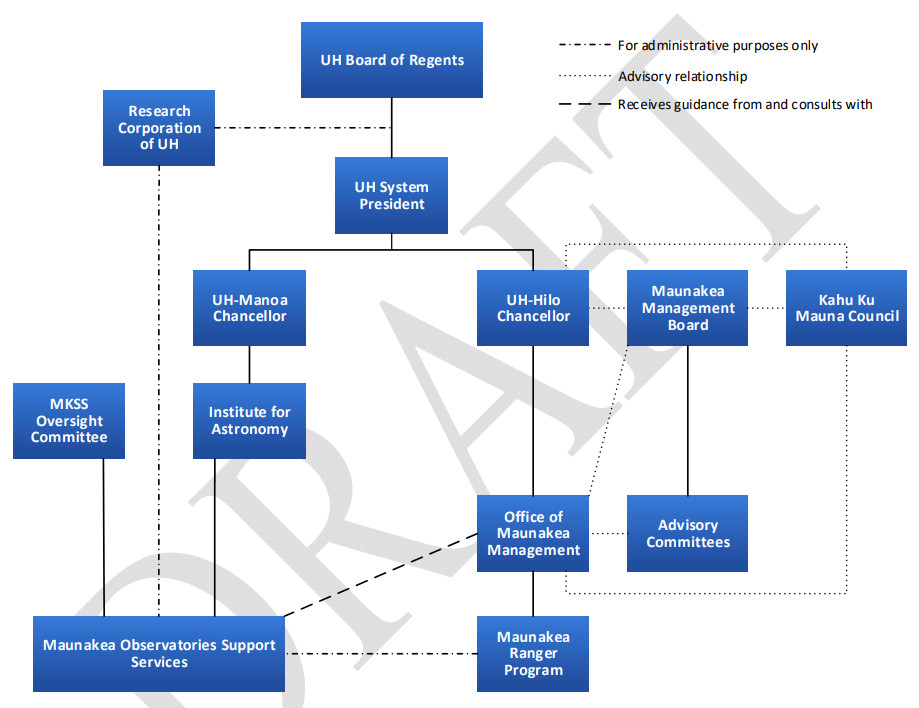 The UH Board of Regents Committee on Independent Audit meets on Wednesday, December 19, at 10:30 a.m. at the University of Hawaiʻi at Mānoa Information Technology Building.