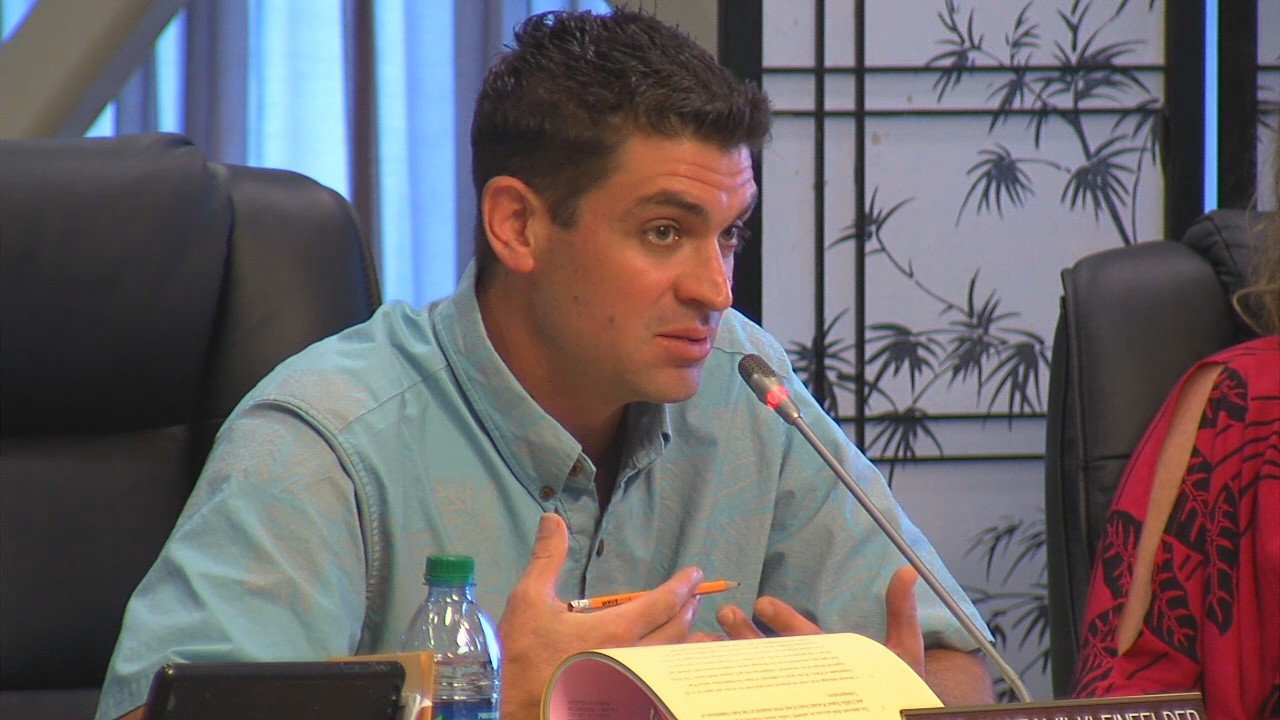 PUNA, Hawaiʻi - District 5 Councilmember Matt Kaneali‘i-Kleinfelder is urging the mayor to increase funding for more Puna police, ahead of what could be another difficult budget year.

(BIVN) – One of the Hawai‘i County Councilmembers representing the Puna district, Matt Kaneali‘i-Kleinfelder, announced today that he has introduced a resolution urging the County administration to increase funding for more police.

The resolution is expected to appear on the committee agenda on March 12, 2019 in Hilo, the office of Kaneali‘i-Kleinfelder says.

It will be the first resolution introduced by the newly elected District 5 councilman. “We are all aware that the population of Puna has been steadily growing and we need our law enforcement to be able to keep pace with the issues that come with such growth,” Kaneali‘i-Kleinfelder said in a media release.

The announcement noted that the resolution comes “seven months after the passing of a Puna patrol officer who was fatally injured in July at a high-risk traffic stop in Mountain View.” Officer Bronson Kaimana Kaliloa was killed in the line of duty on July 17.

Kaneali‘i-Kleinfelder said addressing the steady requests for additional police presence in Puna is one of his top priorities, in addition to lava recovery for his constituents.

The Hawai‘i Police Department reports a 117 percent increase in calls for service in Puna in the last decade and an increase in violent crimes including officer-involved shootings Often, patrol officers have to travel great distances that result in longer response times for non-emergency calls as dispatchers prioritize calls in the interest of public safety. Council Member Kaneali‘i-Kleinfelder hopes that additional police in Puna will help to curb crime overall and also allow for more after-hours patrolling at public parks to deter congregating and criminal activity.