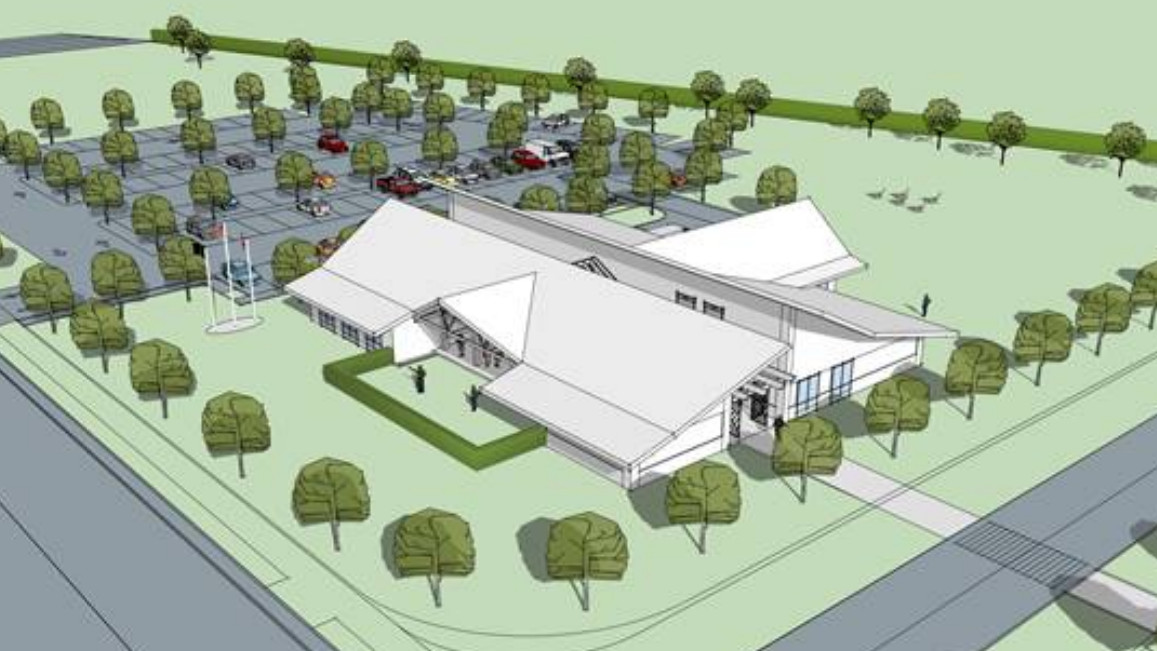 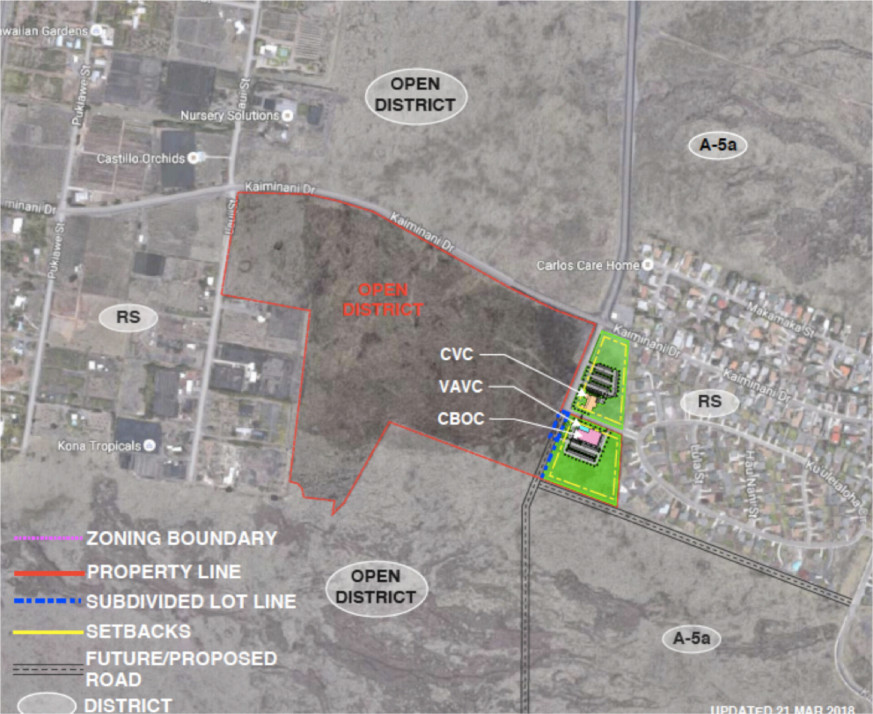 The draft EA shows the location of the proposed project. The Veterans Affairs (VA) -funded Veterans Center (VAVC) and the Community Based Outpatient Clinic (CBOC) are not presently scheduled for development.

(BIVN) – A draft environmental assessment for a future West Hawaiʻi Community Veterans Center has been published.

The $12 million, stand-alone facility will be operated by a not-for-profit
owner group, and “will provide the community with meeting, educational, performance and a local food business incubator building” to service the West Hawaiʻi community. The facility is envisioned as part of a larger Veterans Center Complex at the location.

According to the document – which was prepared by consultants Environmental Communications, Inc. on behalf of the State Department of Accounting and General Services – the proposed project is located along Kaiminani Drive on a vacant parcel owned by the State of Hawaiʻi. The site is approximately 1-mile east of Queen Kaʻahumanu Highway and approximately 2-miles east of the Ellison Onizuka Kona International Airport.

Officials say the proposed facility “is in alignment with the State Office of Veterans Services and the U.S. Department of Veterans Affairs plans for Hawaiʻi.”