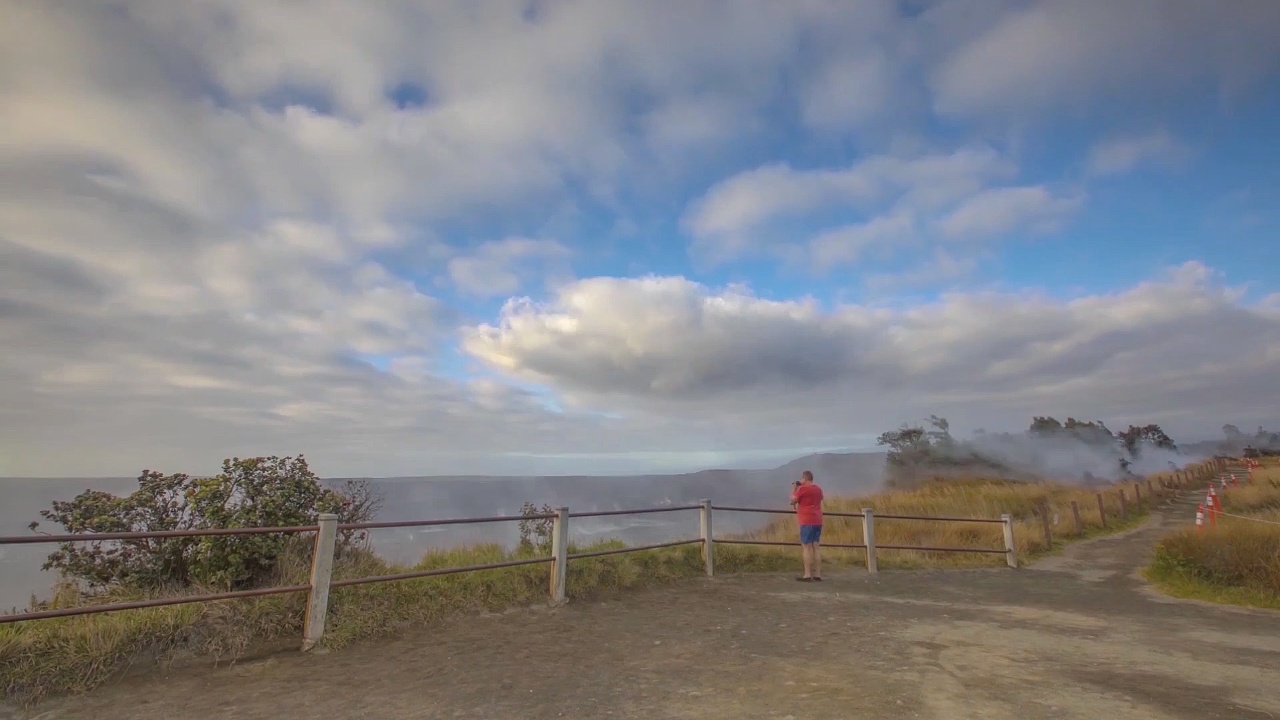 file image of Steaming Bluffs from video by Janice Wei

HAWAIʻI VOLCANOES NATIONAL PARK - A man fell in from a location by Steaming Bluffs Wednesday evening, and was later rescued and airlifted from the park.

(BIVN) – A man fell into the Kīlauea Volcano caldera at Hawaiʻi Volcanoes National Park on Wednesday evening, and was later rescued after several tense hours.

Earlier, at about 6:30 pm, visitors reported that a man lost his footing and fell from a 300 foot cliff at Kīlauea caldera. The man had just climbed over a permanent metal railing at the Steaming Bluff overlook to get closer to the cliff edge. Responders arrived quickly after and began a coordinated search and rescue of the area. At approximately 9 pm, the man was found alive but seriously injured on a narrow ledge about 70 feet down from the cliff edge. Rescue personnel successfully completed a high angle extrication using ropes and stokes litter and, with support from a Department of Defense helicopter, the man was airlifted to Hilo Medical Center for urgent care.

UPDATE – According to a Hawaiʻi County Fire Department dispatch, National Park and County rescue personnel worked together to extricate male, estimated to be in his 30’s. The fire department wrote:

The caldera floor is more than 300 feet down, but the victim fell on a small ledge roughly 60 feet from the top. Rescue personnel worked together to extricate the victim in a stokes stretcher utilizing a rope raising system; once back on top, he was transported to Hilo Medical Center utilizing a military blackhawk. The patient was in critical condition: there were no injuries to HVNP or HFD personnel.

The last fall fatality in the park occurred on October 29, 2017, the National Park Service noted.