WAIMEA, Hawaiʻi - On Monday, a Hawaiian Homes Commissioner went back and forth with a testifier who said she opposed the planned Waimea Nui Homestead Regional Government charter.

(BIVN) – A discussion on the proposed charter of the Waimea Nui Homestead Regional Government made its way to the Hawaiian Homes Commission on Monday.

Beneficiary Mahana Gomes testified in opposition to the Waimea Nui plan at the meeting held at Kuhio Hale in Waimea. “I am here to summons the commission to take action and oppose the government to government process by the Hawaiian homestead association, Waimea Nui Community Development Initiative,” Gomes said.

News of the Waimea Nui Homestead Regional Government proposal spread through the homesteads earlier this month.

“Our lands within the Commission, many jobs and all of our rights will be negatively impacted if this is ignored,” Gomes said.

“How does this hurt us?” asked Oʻahu Commissioner Michael Kahikina.

Gomes answered, and referenced 43 CFR part 50, issued by the U.S. Department of the Interior “to create a pathway for reestablishing a formal government-to-government relationship with the Native Hawaiian community.”

“Once we puka out and do this, we now huli out the Kuʻe Petition and everything that our kupuna have stood for,” Gomes warned. “Everything that I stand for that I hope to hold space for, for our kids.”

After Gomes said the Waimea Nui proposal is in direct conflict with the Hawaiian Homes Act, Commissioner Kahikini again interrupted, asking if she read the entire act, and then stating that “it calls for self determination.” Kahikina told Gomes he was supportive of the proposal.

“This is not the first time that we’ve had differences of opinion,” interjected Chair William Ailā, putting an end to the back and forth between the commissioner and the testifier.

When Gomes asked Chair Ailā if he will keep the beneficiaries informed as to how the Commission might handle the Waimea Nui charter, he answered “the Commission has not been asked to comment on this, yet, so its premature to provide that information.” 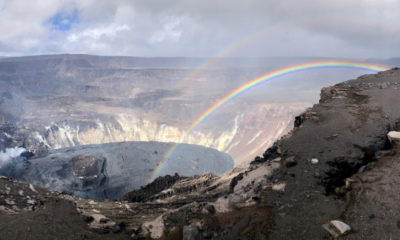