By David Corrigan and Stephanie Salazar [File Video] HILO, Hawaii: The University of Hawai‘i Board of Regents has approved a tuition hike that will take place over a five-year schedule. The UH administration plan was approved by the regents in a 9 to 3 vote. The increases will begin in fall 2012 and run through […] 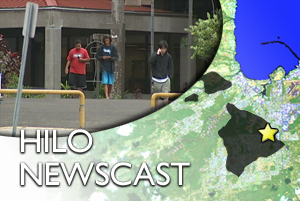 HILO, Hawaii: The University of Hawai‘i Board of Regents has approved a tuition hike that will take place over a five-year schedule.

The UH administration plan was approved by the regents in a 9 to 3 vote. The increases will begin in fall 2012 and run through spring 2017.

Life certainly wont get any easier for UH-Hilo College of Pharmacy Students… who face a flat 6% increase every semester…. amounting to thousands more dollars.

How will this increase by used? This slide from the presentation on the proposed tuition increase shows that most of it goes to “campus priorities” far outpacing faculty, campus based aid, and even debt service.

The university has sustained over $86 million in cuts to its core operating budget over the last two years. During this same period, enrollment has increased to a record high of 60,000 students, an increase of 14,000 students from a decade ago.

From a UH Systems media release:

“This has been one of the toughest issues we have taken on in our service as Regents,” said UH Board of Regents Chair Eric Martinson. “We are well aware of the economic struggle that many Hawai‘i families are experiencing. We made this decision with the best interests of Hawai‘i’s citizens and our only public higher education institution in mind, and with the certainty that accompanying increased financial aid and outreach counseling will continue to make a college degree accessible to all who desire it.”

“The university has made every effort to preserve services that directly impact students and has made significant adjustments in its operations to address these budget cuts, including salary reductions, hiring freezes, travel restrictions, energy conservation and other measures,” said UH President M.R.C. Greenwood. “In the meantime we have made extraordinary efforts to, in the face of declining public dollars, pursue and win grants and extramural funding that have gone directly into programs and opportunities to benefit our students.”

The original proposal presented to the BOR in August was subsequently screened before an estimated 390 people who attended 11 public meetings, a Student Caucus briefing and an administrative briefing in September and October. Based on the testimony received, the university administration did make some adjustments to its final recommendation to the Regents, and in addition is considering several initiatives to address student and community concerns:

“We will be working hard to clearly show every entering student a pathway to graduation in four years or less, if they want to work harder and take summer classes,” Greenwood said. “We are always mindful of the fact that they and their parents are our valued customers, and our obligation is to deliver the best quality university education for the most affordable price possible.”Assuming moderate enrollment growth, the tuition increases are expected to generate roughly $15 million of additional revenues in the first year and $25 million in the final year of the tuition schedule. The additional revenues from the tuition increases will be used to meet critical systemwide and campus-specific needs, including providing for financial assistance for students, hiring and retention of faculty, maintaining course availability, increasing campus security, supporting debt service, and enhancing academic and student support services. The revenues will also be used to improve and upgrade university business systems, and to make classroom and facility improvements. The university has at least a $350 million maintenance and repair backlog that will continue to grow annually if not addressed.

For additional information, including the complete tuition schedule, visit www.hawaii.edu/offices/app/tuition.