By David Corrigan and Stephanie Salazar [Video by David Corrigan] HAWAIIAN OCEAN VIEW ESTATES, Hawaii: The county has issued a new update concerning the Ka’u Community Development Plan. According to the county’s Long Range Planner, Ron Whitmore, a controversial Hawaiian Ocean View Estates Subdivision Readjustment Scheme is not being explored any further at this time. […] 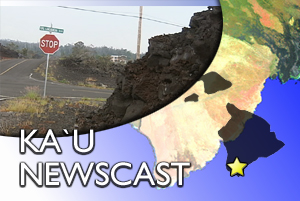 According to the county’s Long Range Planner, Ron Whitmore, a controversial Hawaiian Ocean View Estates Subdivision Readjustment Scheme is not being explored any further at this time.

The plan would have discouraged occupation in the so called “Outlying Zone”. These would mostly be mauka spots in Lava Hazard Zone 1.

On behalf of the county, consultants PBR Hawaii looked into whether or not it would be a feasible way for property owners to transfer development rights from these mauka lots to lots of comparable value in a new, Ocean View town center near the highway.

A number of folks living in Ocean View lashed out at the idea.

The county says they are NOT trying to tell anyone what to do, nor are they proposing to take anyone’s property.

However, they are investigating options to give Ocean View greater control over future growth.

Ka’u Councilmember Brittany Smart had these comments on the matter over the weekend.

The next Ka’u CDP Steering Committee meeting is scheduled for Tuesday, November 8, at 5:30pm at the Ocean View Community Association center on Leilani Circle.

Whitmore says the agenda will be published on Wednesday. The focus of the meeting will be the role of the Steering Committee and the community during the CDP production process. Because the HOVE readjustment concept is not being pursued, it will not be discussed during the meeting.