MAUNA KEA, Hawaii – A rare brown dwarf has been directly imaged by researchers from the University of Notre Dame using the Keck Observatory on Mauna Kea. Brown dwarfs are substellar objects with a mass that classifies them somewhere between a heavy, gas giant planet and a light star. According to a Keck media release […] 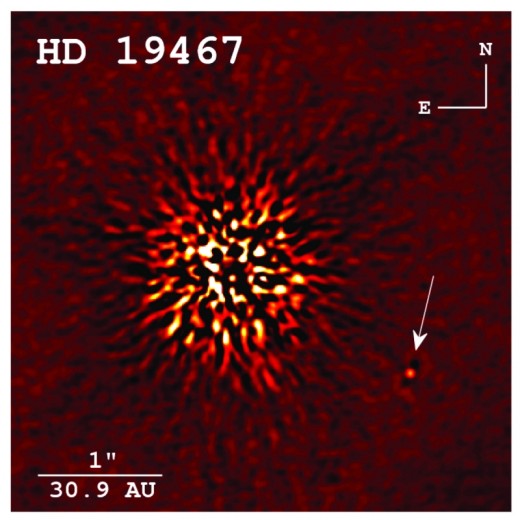 MAUNA KEA, Hawaii – A rare brown dwarf has been directly imaged by researchers from the University of Notre Dame using the Keck Observatory on Mauna Kea. Brown dwarfs are substellar objects with a mass that classifies them somewhere between a heavy, gas giant planet and a light star.

According to a Keck media release (below), the discovery provides a benchmark for future exoplanet research.

A team of researchers led by Justin R. Crepp, the Freimann Assistant Professor of Physics at the University of Notre Dame, has directly imaged a very rare type of brown dwarf that can serve as a benchmark for studying objects with masses that lie between stars and planets. Their paper on the discovery was published recently in Astrophysical Journal.

Initial data came from the TRENDS (TaRgetting bENchmark-objects with Doppler Spectroscopy) high-contrast imaging survey that uses adaptive optics and related technologies to target older, faint objects orbiting nearby stars, and precise measurements were made at the W. M. Keck Observatory on the summit of Mauna Kea, Hawaii. Brown dwarfs emit little light because they do not burn hydrogen and cool rapidly. Crepp said they could provide a link between our understanding of low-mass stars and smaller objects such as planets.

HD 19467 B, a T-dwarf, is a very faint companion to a nearby Sun-like star, more than 100,000 times as dim as its host. Its distance is known precisely, and the discovery also enables researchers to place strong constraints on important factors such as its mass, orbit, age, and chemical composition without reference to the spectrum of light received from its surface.

Precise radial velocity measurements were obtained using the HIRES instrument installed on Keck Observatory’s 10-meter, Keck I telescope. The observations, which span 17 years starting from 1996, show a long-term acceleration, indicating that a low-mass companion was “tugging” on the parent star. Follow-up high-contrast imaging observations were then taken in 2012 using the NIRC2 instrument on the Keck II telescope with the adaptive optics system revealing the companion as shown above. Observations were granted through each of the Keck Observatory consortium members, including NASA, the California Institute of Technology, and the University of California.

While scientists understand the light received from stars relatively well, the spectra from planets is complicated and little understood. Understanding brown dwarfs, such as HD 19467 B, could be a step towards a fuller understanding of exoplanets.

“This object is old and cold and will ultimately garner much attention as one of the most well-studied and scrutinized brown dwarfs detected to date,” Crepp said. “With continued follow-up observations, we can use it as a laboratory to test theoretical atmospheric models. Eventually we want to directly image and acquire the spectrum of Earth-like planets. Then, from the spectrum, we should be able to tell what the planet is made out of, what its mass is, radius, age, etc., basically all relevant physical properties.”

HIRES (the High-Resolution Echelle Spectrometer) produces spectra of single objects at very high spectral resolution, yet covering a wide wavelength range. It does this by separating the light into many “stripes” of spectra stacked across a mosaic of three large CCD detectors. HIRES is famous for finding planets orbiting other stars. Astronomers also use HIRES to study distant galaxies and quasars, finding clues to the Big Bang.

NIRC2 (the Near-Infrared Camera, second generation) works in combination with the Keck II adaptive optics system to obtain very sharp images at near-infrared wavelengths, achieving spatial resolutions comparable to or better than those achieved by the Hubble Space Telescope at optical wavelengths. NIRC2 is probably best known for helping to provide definitive proof of a central massive black hole at the center of our galaxy. Astronomers also use NIRC2 to map surface features of solar system bodies, detect planets orbiting other stars, and study detailed morphology of distant galaxies.

The W. M. Keck Observatory operates the largest, most scientifically productive telescopes on Earth. The two, 10-meter optical/infrared telescopes on the summit of Mauna Kea on the Island of Hawaii feature a suite of advanced instruments including imagers, multi-object spectrographs, high-resolution spectrographs, integral-field spectroscopy and world-leading laser guide star adaptive optics systems. The Observatory is a private 501(c) 3 non-profit organization and a scientific partnership of the California Institute of Technology, the University of California and NASA. 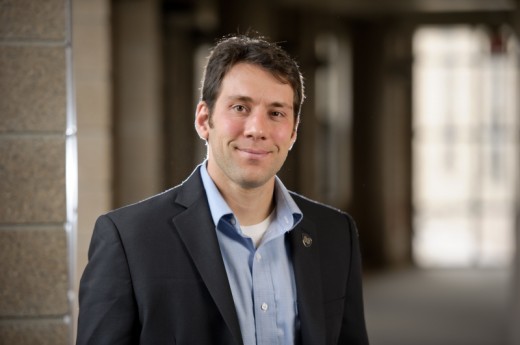