HILO, Hawaii – Two bills signed by Governor Neil Abercrombie in Hilo on Tuesday will appropriate $750,000 for groundbreaking PISCES initiatives in partnership with NASA.

“With the Congressional gridlock that we see the moment, the degree of support for NASA is not necessarily guaranteed. What we’re saying is that we’re putting our stake in the ground out here saying that we want the opportunity should it come our way, to be able to partner with NASA, and the Big Island has taken the lead.”Gov. Abercrombie on July 1, 2014

The bills, both relating to the Pacific International Space Center for Exploration Systems, are:

House Bill 2152, which appropriates $500,000 to the Pacific International Space Center for Exploration Systems to support administrative and general tasks and strategic program initiatives.

Senate Bill 2583, which appropriates $250,000 for an engineering assessment of a proposal to establish a laser optical communications ground station in Hawaii.

“I believe PISCES is an ideal partner for NASA to jointly assess the viability and desirability of such a laser optical ground station in Hawaii. In addition to the statistical weather driven reasons for NASA selecting Hawaii as the most promising location for its initial ground station, I also believe the other activities of PISCES will prove to add considerable incremental value to the location of such a facility and capability in Hawaii. In particular, the robotic exploration focus of PISCES is a natural fit with a broadband optical, point-to-point communications architecture such as the one underlying this study. Not only will NASA be able to test the robustness of the laser communications link under various weather conditions and transmission geometries, they might also be able to test and demonstrate use of laser communications for a typical network of human and unmanned exploration systems. For instance, co-locating such a ground station in Hawaii may permit testing of end-to-end communications from a NASA center to a geosynchronous satellite, to the International Space Station, to the Hawaii ground station, to a ground-based relay, and ultimately to an unmanned rover at the PISCES facility on the Island of Hawaii simulating exploration on Mars. An end-to-end, broadband laser communications link such as this will allow NASA and PISCES personnel to both control robotic exploration systems and return sensor data and scientific information back through the communication chain.

While the primary purpose of this laser optical ground station would be to support the space exploration work being done at NASA and PISCES, it is very worth noting that breakthroughs in laser communications of this type may have tremendous terrestrial and commercial applications. Commercial satellite communications is today a $115 billion a year industry. According to the Union of Concerned Scientist – Satellite Database, as of September 1, 2013 there were 1,084 operating satellites orbiting the earth with 437 of those in geosynchronous orbit. Many of these satellites cost hundreds of millions of dollars to build and launch and some government satellites cost over a billion dollars to develop and place into service. These satellite currently rely on different radio frequency (RF) bands of the electro-magnetic spectrum to communicate with Earth, however, the ever growing number of satellites and the increasing bandwidth needs of the users and communication applications is creating a growing scarcity of radio spectrum. Satellite operators today must go through lengthy and sometimes costly international coordination process in order to use their spectrum allocations and interference of communications signals (both inadvertent and intentional) is a growing problem. The industry has already begun to exploit new areas of the RF spectrum such as Ka-band and others like V-band and Q-band are on the horizon. Laser optical communications, is also being considered and offers vastly more bandwidth and the potential for more secure communications. As with other satellite communications advances in the past, it is likely that commercial industry’s adoption of laser communication will lag the government’s development and demonstration of the technology and the reduction of system cost and operating risks. Having Hawaii participate in the development of laser communications for space exploration could pay large dividends in the future as this technology migrates to the commercial realm.”Rob Kelso (PISCES) in March 2014 testimony 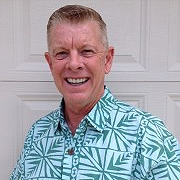