HILO, Hawaii – On Tuesday, Governor Neil Abercrombie signed House Bill 1823 into law. The measure requires mediation in disputes regarding the fair market value or fair market rental of public lands and provides for binding arbitration in the event of unsuccessful mediation.

During the ceremony held at the Hilo Yacht Club, the governor said that as the Big Island grows, the question of fair market public land value is a pertinent one, and “not easily subject to appraisals” because “criteria can vary.”

The Department of Land and Natural Resources opposed the measure, saying that “Section 171-17, HRS, already provides a fair process for binding arbitration that requires the participation of qualified real estate appraisers.”

Requiring the Department and the opposing party to engage in non-binding mediation prior to binding arbitration will result in making the dispute resolution process more costly and time consuming. Particularly objectionable is the measure’s relaxed standards over who may serve as a mediator or arbitrator, serving as an endorsement (and in some instances, requirement) of potentially less than qualified individuals presiding over the resolution of real property valuation disputes. The mediation and arbitration processes as contemplated in this measure may produce settlements where the State would receive less than fair market rents from the use of public trust lands, resulting in decreased lease rentals, including ceded land revenues.DLNR testimony in March 2014 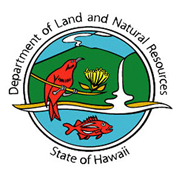 The Governor downplayed the criticism of the bill, calling it a “cynical view”.

“Its not exactly ho’oponopono, but it certainly is a child of that concept. That we talk things over first, and then if its still in a situation where arbitration comes into the picture, than so be it. This is an excellent opportunity for us to recreate a sense of conversation rather than confrontation.”Gov. Neil Abercrombie on July 1, 2014

Hilo farmer James McCully (Mauna Kea Orchids) was present for the signing. In his testimony in favor of the bill delivered to the legislature in March 2014, McCully explained how his “McCully Works” business leases “demised warehouse spaces” to other small businesses on 3 parcels of state land in the Kanoelehua Industrial Area in Hilo.

“My testimony is based on my actual experience of going through lease resets with DLNR. In the last few years I have been involved in two protracted and expensive ground lease rent resets of my state properties. During this process it was observed to me on numerous occasions by both lawyers and appraisers that, in their opinion, HRS171-17 was not meeting the needs of the parties it was intended to serve. This bill is directed at correcting some of these faults and I wholeheartedly support it.

HB1823 has three features that seem fair to all the parties.

First, the release of the initial appraisal commissioned by DLNR to arrive at a proposed lease rent provides the lessee with the opportunity to review the report before making a decision to accept or reject the rent. This is fair and it allows the lessee to make an informed decision, which is always preferable. While the current statutory language requires that the appraisals be a matter of public record this has recently been interpreted to mean that the appraisal report would not be released until the matter of rent resets were completed. There is an Office of Information Practice ruling on this matter, OIP 91-10 that fully supports the position that the appraisals should be released during the negotiation process.

Second, while arbitration was originally envisioned as being an effective, low cost means of dispute resolution it has evolved into a much more expensive and time consuming creature. Mediation, when entered into in good faith, seems to be a reasonable and proper beginning to a disagreement and may lead to a reasonable resolution at a very low cost. Trained mediators are readily available and the time required to go through the process can be controlled through administrative rules.

Third, the transition from a three member panel to a single arbitrator provides an immediate cost savings if only by reduction in numbers. As it stands each of the “three disinterested appraisers” are required to complete their own study, then review the work of the other appraisers, and then sit in judgment and decide the final value determination. This has led to the party appointed appraisers becoming advocates for their client’s position, with a wide disparity in proposed values frequently being the starting point. This is the opposite of “disinterested”. It would be appropriate to have the appraisers do what they are specifically trained to do, that is, arrive at a fair market rent or valuation as required by the lease contract.

If differences arise then hopefully they can be resolved through mediation. If not, by allowing experts to serve as arbitrators who are experienced in law, contract, real estate and resolving disputes we would better separate the decision from the advocacy. Other advantages include that this would dramatically increase the size of the arbitrator pool. It would likely reduce the costs of the arbitrator to something closer to what a Judge would allow as arbitration fees in a court ordered arbitration. Currently the appraisers are charging much higher rates to provide this same function.

Finally, there are no “Continued attempts to lower the lease rent revenues received by the Land Division…” which was stated in earlier opposition testimony to HB1823HD1. The possibility of the state receiving less than “fair market rents” should an arbitration be decided by means other than the existing system would require violations of rules and statutes. It would require that the qualified arbitrator selected by the parties would not rely on the expert reports prepared by qualified appraisers. This is a common feature in Submission Agreements which govern how the parties will allow the arbitration to proceed. If this were to ever happen a Motion to Vacate could be submitted by the state based on a violation of HRS-658A-23(a)(4) , the offending arbitrator would have “exceeded the arbitrator’s powers”. Under this statutory reform Fair Market Rents are assured to continue to be paid to the State of Hawaii for the use of public lands.

I appreciate your consideration of this very important modification of existing statute to better serve all the parties; the State, the Lessee’s, as well as those who serve as appraisers and arbitrators in these matters.”James McCully, March 2018 testimony to the Legislature 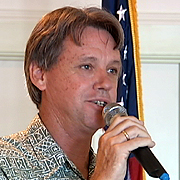