The power is back on in Kapoho, but the cleanup is far from finished.

KAPOHO, Hawaii – The power is back on in Kapoho, but the cleanup is far from finished. The seaside subdivision of Vacationland was one of the hardest hit by Iselle, the hurricane that pounded Puna from offshore for hours before hitting the Big Island as a Tropical Storm early on August 8.

The damage here was unlike what was seen in the rest of the Puna district, where winds toppled trees and downed utility poles. In Kapoho, it was primarily a storm surge event.

A special cleanup day was organized on Saturday. Volunteer Kellie Wikel led us around, as the community worked to clear green waste, fill dumpsters, and fix whatever could be salvaged. Hawaii County stationed a crew outside the subdivision to handle hazardous waste.

Wikel told us that one of the biggest challenges in restoring Kapoho is the condition of the various ponds that connect through the subdivision. With so many different materials floating inside, state health officials have been testing the water in order to ascertain the level of contamination.

Wikel, who has spent many hours with her family swimming in Kapoho’s famous Waiopae Tidepools, says she believes the break wall has been lost and that as a result, normal high tides will inundate the community on a regular basis. She fears the tidepools have also been destroyed. This home was one of several to suffer severe damage from storm surge. 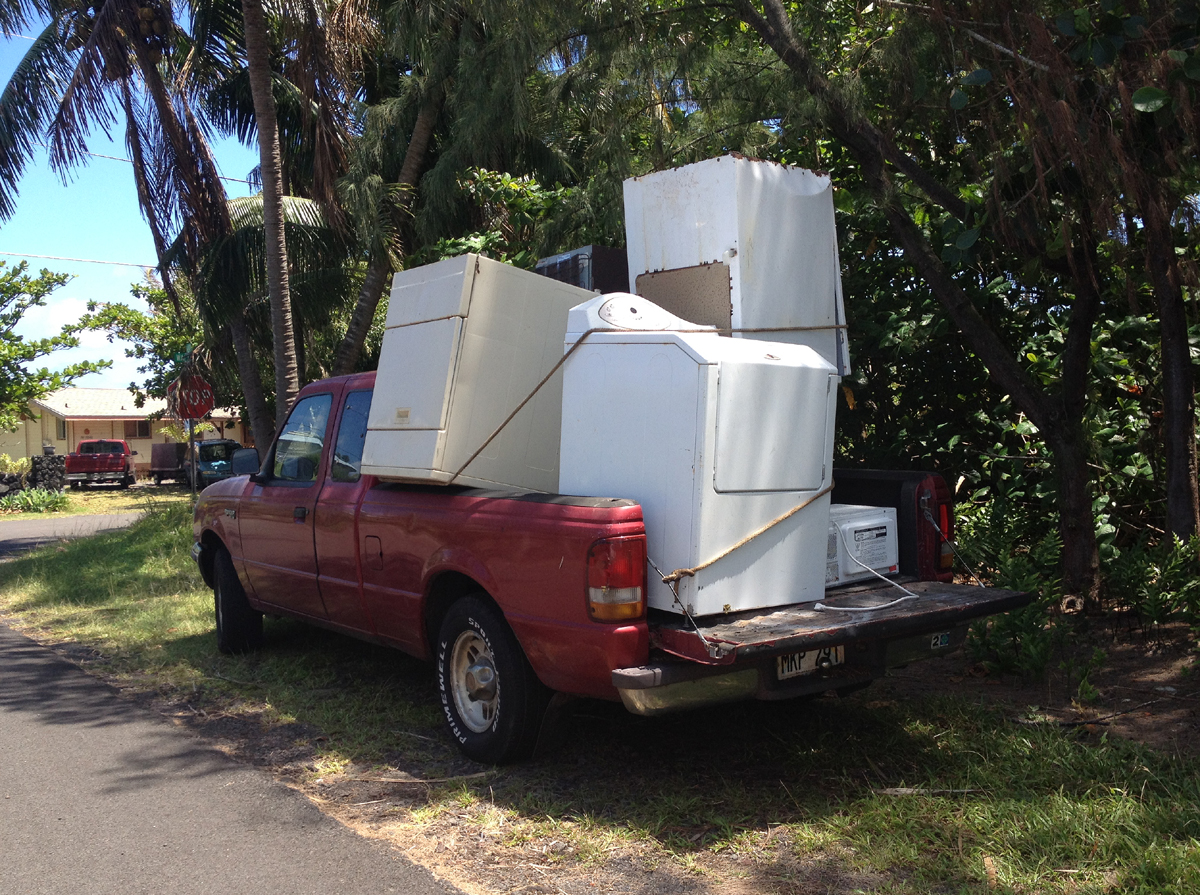 Even with power restored, many are still finding it hard to preserve food since their refrigerators were washed away. This truck was apparently collecting the various appliances found sprawled around the subdivision.