VIDEO: Down And Dirty In Kapoho, Volunteers Clean Tidal Pools

(ABOVE VIDEO) Interconnected anchialine ponds and tide pools in and around Kapoho were cleaned during a volunteer effort on Sunday, September 21. We spoke to Kevin Dayton and Aunty Betty Oberman. Video by David Corrigan.

Kapoho Vacationland still has a lot of work to do following the massive storm surge generated by Iselle. Many homes were severely damaged or destroyed, and the tidal anchialine ponds were inundated with tons of decaying debris from coastal vegetation and man-made materials. The rare tidal pools are an interconnected part of the Wai’opae Tidepools Marine Life Conservation District. However, many lie on private property and the responsibility to maintain them seems to belong to the individual homeowners. Last weekend, volunteers worked to restore some of the pools on property vacated after the storm, and that have been festering with debris for weeks. The neglected pools affect adjoining pools, preventing any of them from being properly cleaned.

Here is a media release on the September Ocean Conservancy ICC Cleanup from Carey Yost:

Over 25 volunteers enjoyed beautiful Kapoho sunshine on Thursday, September 18 and Sunday September 21, while picking up over 11.25 tons of Hurricane Iselle storm surge deposited debris. The storm surge from Hurricane Iselle pushed tons of coastal vegetation and household materials into a series of interconnected anchialine ponds and tide pools in and around the Kapoho Wai`opea Marine Life Conservation District (MLCD). The clean up teams included a dive team from Nautilus Dive Center, Kapoho area residents, volunteers from eastern Hawai`i County, and a visitor from Australia.

On the evening of August 7, 2014, hurricane force winds from Iselle pushed storm surge that was over 6-feet into the Kapoho area, on the eastern shore of Hawai`i Island. Many homes were severely damaged or destroyed, and the contents of multiple homes along with coastal vegetation were pushed into a series of tidal anchialine ponds. These threatened habitat anchialine ponds were inundated with tons of decaying debris. The rare anchialine ponds and tide pools are an interconnected part of the Wai’opae Tidepools MLCD, a string of tide pool and reef ecosystems stretching along the Kapoho area. Residents of Hawai`i, and visitors from around the world enjoy this tide pool and reef area. Recreational activities in the Kapoho area include swimming, snorkeling, diving, fishing and surfing.

Our thanks to each of the volunteers that helped make this cleanup happen. On September 18; Chris, Kevin, Carl, Max, Adrian, Solomon, Franklin, Norman, Carey, Mars, Phyllis and Cathy hand cleared the shore area of the largest anchialine pond, hand dredged storm debris from the within 2 of the anchialine ponds and loaded the debris into a 45’ Matson container. On September 21 a dive team from Nautilus Dive Center that included Lea Cooper, Laura, Kailey, Katrina, Jun, Gregory, Storm, John, Bill and Masako removed debris from the tide pools by free-diveing. Chris, Kevin, Nahaku, Ann, Jeff, Kim, Cathy, Mars, Phyllis, Clive, Carey, Jim, Mark, Kim, Marlene, Clive, Adrina, and John removed tons of debris by hand from within the largest anchialine pond. A special thanks goes out to Randy Kala`uli for the awesome work on his donated backhoe, without which this amount of work could not have been done!

We would also like to thank Kevin Dayton with the mayors office and Bobbie Jean Liethead –Todd, with the county DEM, for assisting in arranging clean up crews and debris removal; Bill DeRooy at Nautilus Dive Center for the dive team; Russell Chin with Matson for arranging the donation of a 45’ container for recycle and debris segregation; Conen Nakamura with Conens’s Freight Transport for the delivery and removal of the container; Business Services Hawaii for donating 20’ rolloff debris container for the large bulk debris removal; Winston Churchill for a shady place to grind and the use of a truck; Gary and Sachi Banks for providing a rinse-off hose and ono-licious pineapple upside cake, and Mark and Kim Rodriguez for providing lunch and an outdoor shower.

The data collected will be added to the Ocean Conservancy’s ‘International Coastal Cleanup’ Database that is used to track worldwide marine debris. This database was used to help develop the Marine Debris Research and Reduction Act introduced in February 2005 by Senator Daniel Inouye. For more information on the coastal cleanup, visit the Ocean Conservancy’s website. Media release from Carey Yost, Sept. 26 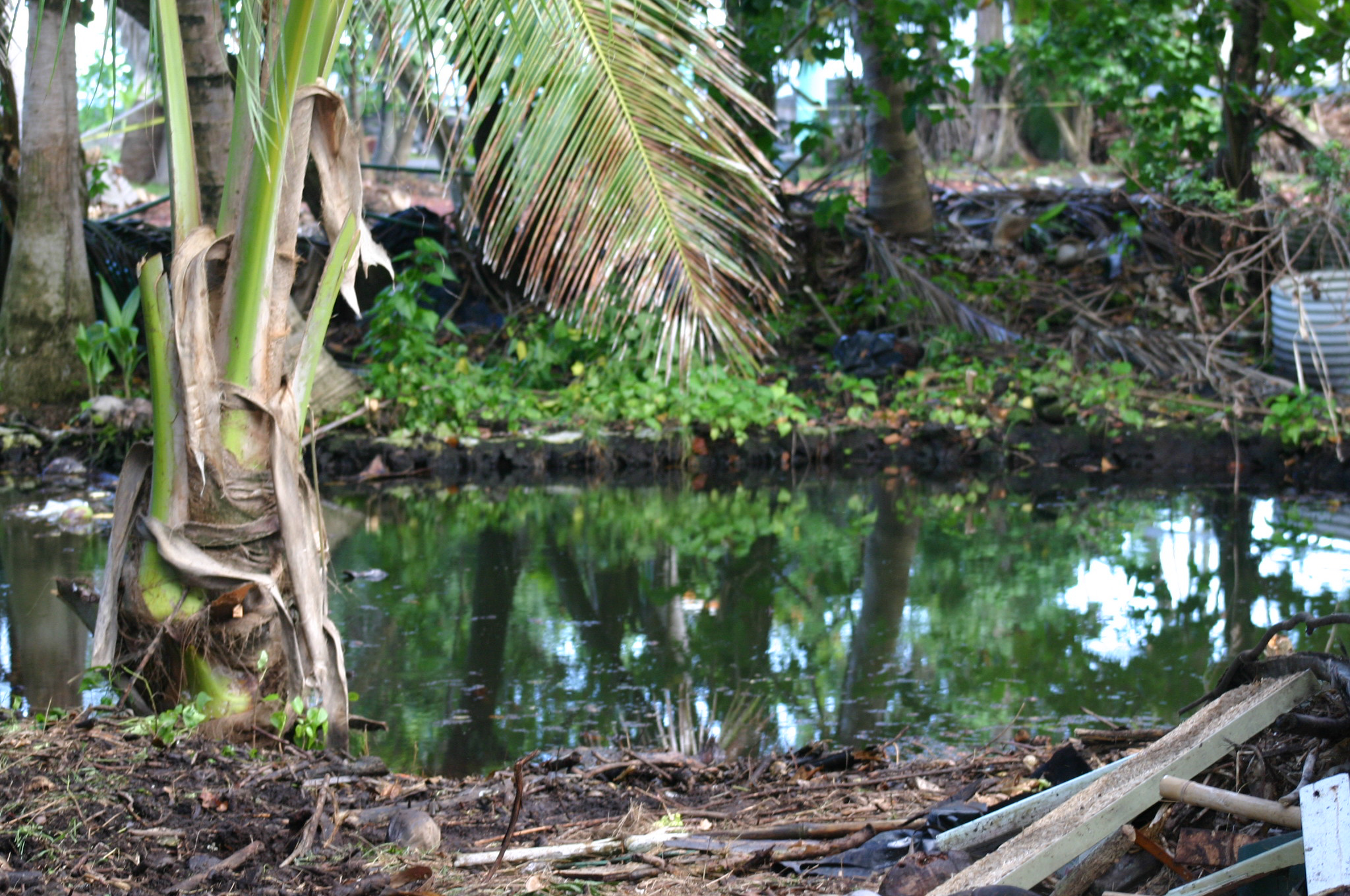