In Waimea, anti GMO advocate Margaret Wille prevailed after a vigorous campaign against challenger Ron Gonzales. Gonzales faced residency challenges, none of which were upheld. Gonzales also had support from those not in favor of banning GMO’s on this island.

Hawaii Community College employee and small business owner Daniel Paleka Jr. defeated journalist and business owner Tiffany Edwards Hunt in Puna’s district 5, where most people were more concerned with the lava flow and the impact of two hurricanes than with voting. When incumbent Zendo Kern declined to run, that opened the door for a spate of candidates. Two of seven moved from the Primary to the General Election. Both kept a relatively low campaign profile, while encouraging people to vote. 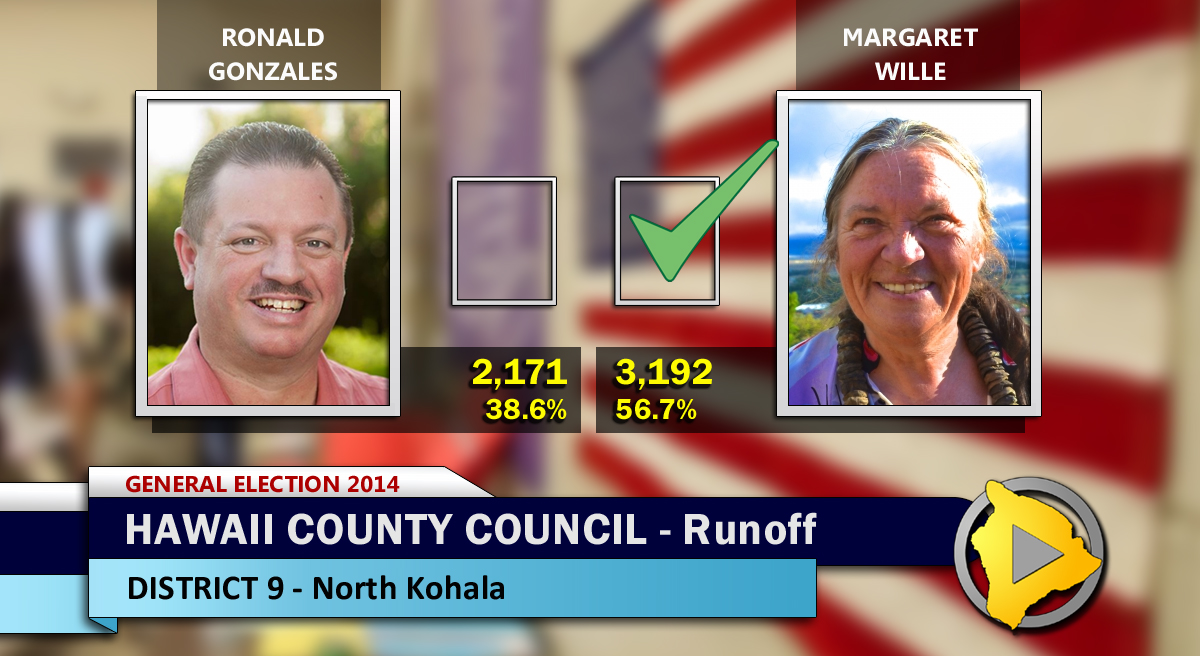