Hawaiʻi Island police are renewing their requst for the public’s help in locating possible witnesses to a robbery on November 3. The incident started around 1 a.m. at an apartment on the 1400 block of Kinoʻole Street and ended on Kinoʻole Street north of Kawili Street.

The female victim reported that a woman removed a bicycle from the apartment building and rode off on Kinoʻole Street. When the victim attempted to get her bike back, a second person driving a black older-model two-door pickup truck intervened and assaulted the victim.

The first suspect is described as a local woman, approximately 5-feet tall, about 110 pounds with long black hair. She was wearing a pink tank top and denim shorts. The description of the second suspect is unknown.

Police ask anyone with information about this incident to call the Police Department’s non-emergency line at 935-3311 or contact Detective Wendall Carter at 961-2378 or wcarter@co.hawaii.hi.us.

Tipsters who prefer to remain anonymous may call the islandwide Crime Stoppers number at 961-8300 and may be eligible for a reward of up to $1,000. Crime Stoppers is a volunteer program run by ordinary citizens who want to keep their community safe. Crime Stoppers doesn’t record calls or subscribe to caller ID. All Crime Stoppers information is kept confidential.Hawaii County Police Dept. on Dec. 9, 2014

We accept insurance or no insurance. Shriners Hospital treats all keiki regardless of ability to pay.

• If your child has a bone, joint or muscle conditions, sports injuries, or any other orthopaedic issues Shriners specialists can help.
• Any child up to age 18, with or without insurance, is welcome. We help ALL of Hawaii’s keiki.
• For more information or to schedule an appointment, call our main line at (808)941-4466 or (808) 375-9479.Shriners Hospitals for Children® – Honolulu on Dec. 9, 2014

Barry Taniguchi, chairman and chief executive officer (CEO) of KTA Super Stores and K. Taniguchi, Ltd., is the keynote speaker at the University of Hawai`i at Hilo’s Fall Commencement on Saturday, December 20 at 9 a.m. in Vulcan Gym.

Students have petitioned for a total of 290 degrees and/or certificates from the colleges of Arts and Sciences (204), Agriculture, Forestry and Natural Resource Management (28), Business and Economics (30), and Ka Haka `Ula O Ke`elikolani College of Hawaiian Language (12), while 16 others are candidates for various post-graduate honors.

Taniguchi assumed his present position in February 2014 after serving as president and CEO since 1989. He has been a director since 1973 for the chain of Hawai`i Island family grocery stores established in 1916 by his grandparents Koichi and Taniyo Taniguchi.

A prominent member of the business community, Taniguchi serves on the Board of Directors for Hawaiian Electric Industries, Inc., American Savings Bank, FSB and Valley Isle Produce, Inc. He is also active in the Chamber of Commerce of Hawai’i, Hawai’i Island, Portuguese, and Japanese Chamber of Commerce and Industry of Hawai’i, and Hawai’i Island Economic Development Board.

Under his leadership, KTA Super Stores and K. Taniguchi, Ltd. have been strong supporters of UH Hilo. Initiatives include the Taniguchi Memorial Fund, which established endowments for the five degree-granting colleges to provide a permanent source of funds to enhance each college’s recruitment and retention of faculty. He also created the Koichi and Taniyo Taniguchi Award for Excellence and Innovation, which recognizes creativity in teaching, scholarship and artistic production at UH Hilo.

His monetary contributions are matched, if not exceeded, by his generous donation of time to various UH Hilo endeavors. Taniguchi served 12 years on the Mauna Kea Management Board beginning in 2000, including the last five years as chair, and is a past member of the UH Hilo Chancellor’s Advisory Committee.

Taniguchi’s contributions, however, extend beyond the University to the community-at-large, where he is known as a passionate advocate for giving back through his involvement in numerous service organizations.

Taniguchi also has held virtually every volunteer leadership position with the Hawai’i Island United Way from treasurer to annual campaign director, worked on two capital campaigns for Hospice of Hilo, and has served as a member, chair or director with numerous other organizations, including The Hawai’i Island Food Basket, Boys and Girls Club of Hilo, Business Education Partnership, Rotary Club of Hilo Bay, and the Hilo and Waiakea High School Foundation Board of Trustees.

His list of awards and recognition includes: the University of Hawai’i Outstanding Alumnus in 2004, the UH Hilo Alumni and Friends Distinguished Service Award in 2005, and the Hilo High School Foundation Alumnus of the Year in 2007. He has also been inducted into the respective Halls of Fame/Honor for the UH College of Business Administration, Hawai’i Society of CPAs, and Junior Achievement.

Evan Matsuyama, a History major, serves as student speaker. Matsuyama was born and raised in Kailua-Kona, and graduated with honors from Kealakehe High School in Spring 2011.

He entered UH Hilo in Spring 2013 after graduating with honors from Hawai’i Community College with an Associate of Arts degree in Fall 2012. Since his arrival, Matsuyama has earned a lengthy list of academic honors while maintaining a 4.0 GPA. He has made the College of Arts and Sciences Dean’s List four times and successfully defended his history senior thesis paper entitled, “American Samurai – An Inheritance of Honor: A Historical and Cultural Analysis of the Japanese American Warriors of World War II” in Spring 2014. Matsuyama is also a member of Phi Alpha Theta, and president of the UH Hilo History Club.UH-Hilo on Dec. 9, 2014 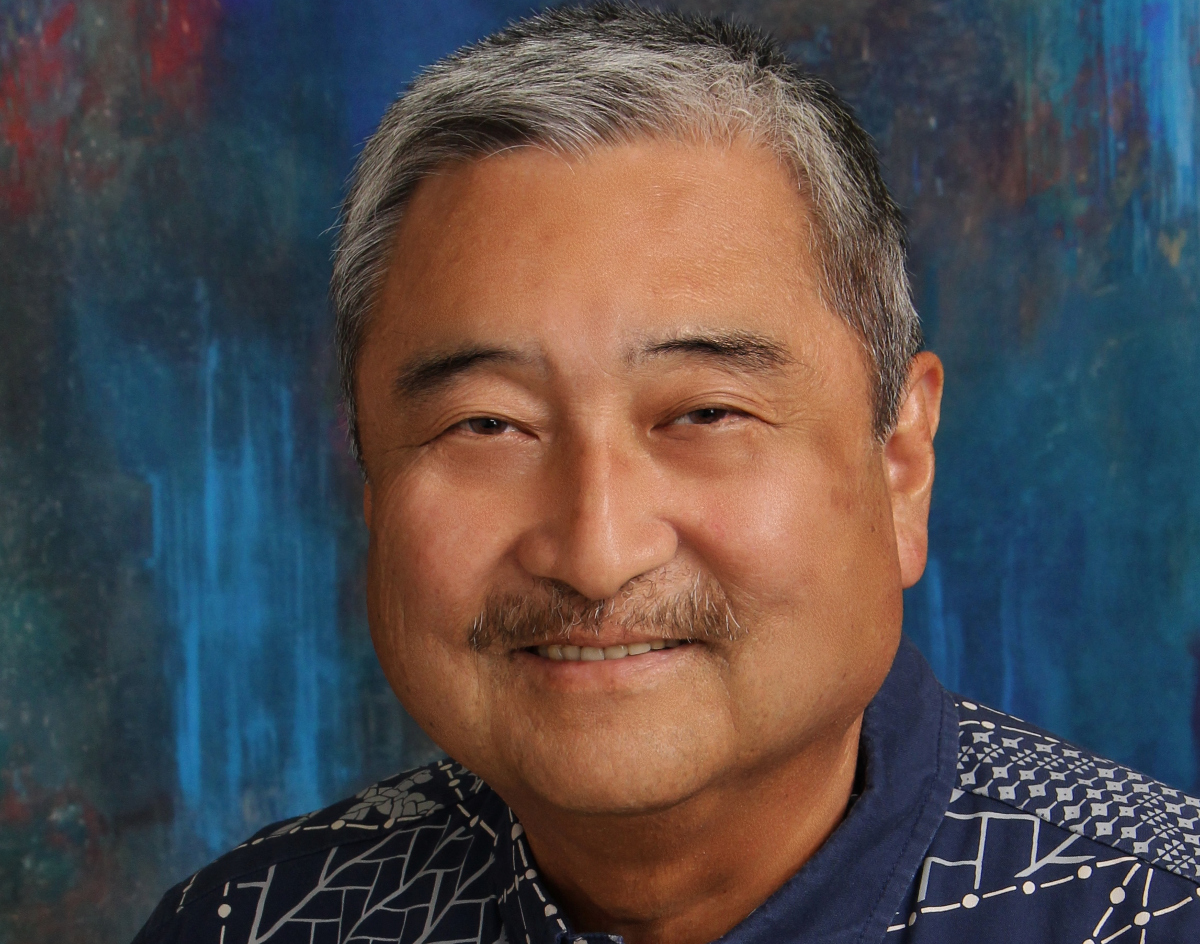