Hawaii Digs Out of Winter Blizzard

After days of snow, wind and ice, the summits of Mauna Kea and Mauna Loa are finally getting to see the sun once again.

Unique views of snow capped mountains captured around the island

HAWAII ISLAND – After days of snow, wind and ice, the summits of Mauna Kea and Mauna Loa are finally getting to see the sun once again.

Last week, a blizzard warning was in effect, blasting the higher elevations of the Big Island above 11,000 feet. The blizzard had ended before the weekend, but it took a few days for crews to clear the roads to the summit. 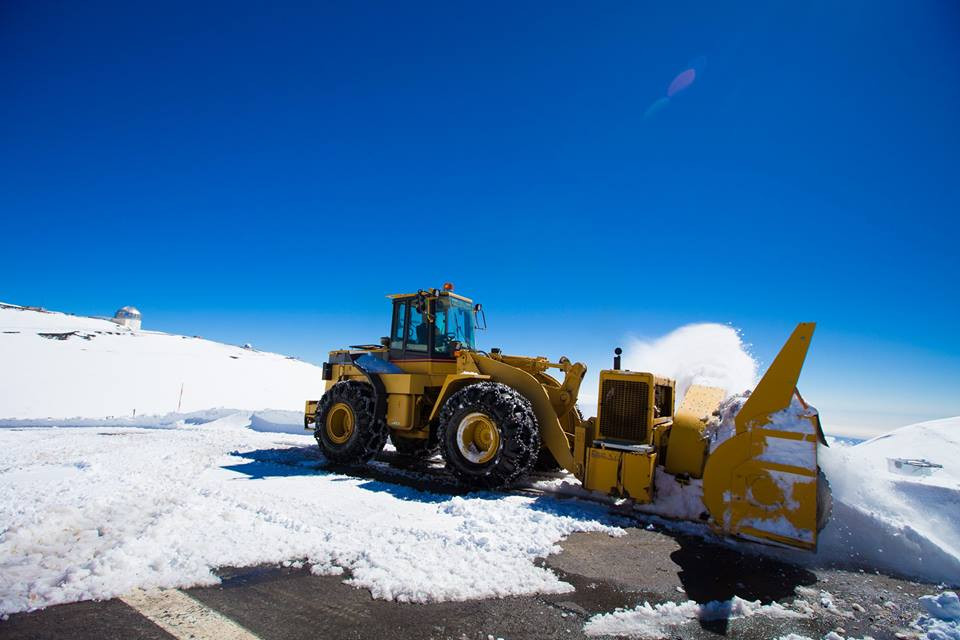 Crews work to remove snow from summit. Photo by Andrew Hara. You can see more of Andrew’s photography on his Facebook page.

When the road was re-opened on Sunday, rangers implemented a one-way traffic flow to safely accommodate the influx of visitors.

Even though the storm has passed, weather dangers remains. “Please stay away from Observatory facilities due to ice falling from structures,” Maunakea Rangers warned on Monday. “Keck observatory has closed their parking area due to the danger of ice falling.”

On Saturdy, before Mauna Kea Access Road was opened, residents had to go to the neighboring volcano, Mauna Loa, to get their snow fix. We found a group with a truckload of fresh snow at the Mauna Kea Recreation Area after a trip up Mauna Loa, which was also covered by snow. They were unable to resist starting a snowball fight in the parking lot. 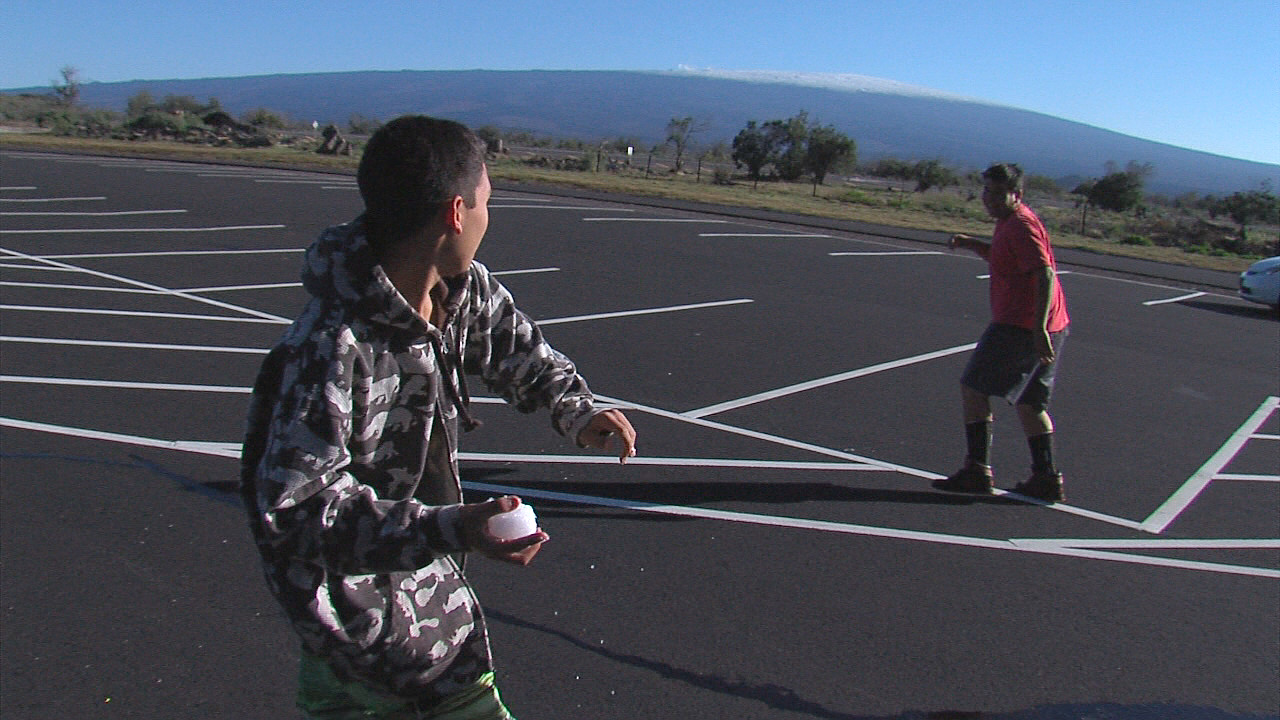 Snowballs fly below the summit at Mauna Kea Recreation Area along Saddle Road. Snow capped Mauna Loa is in the distance.

Clouds parted to provide stunning views of the summits from all sides of the island. 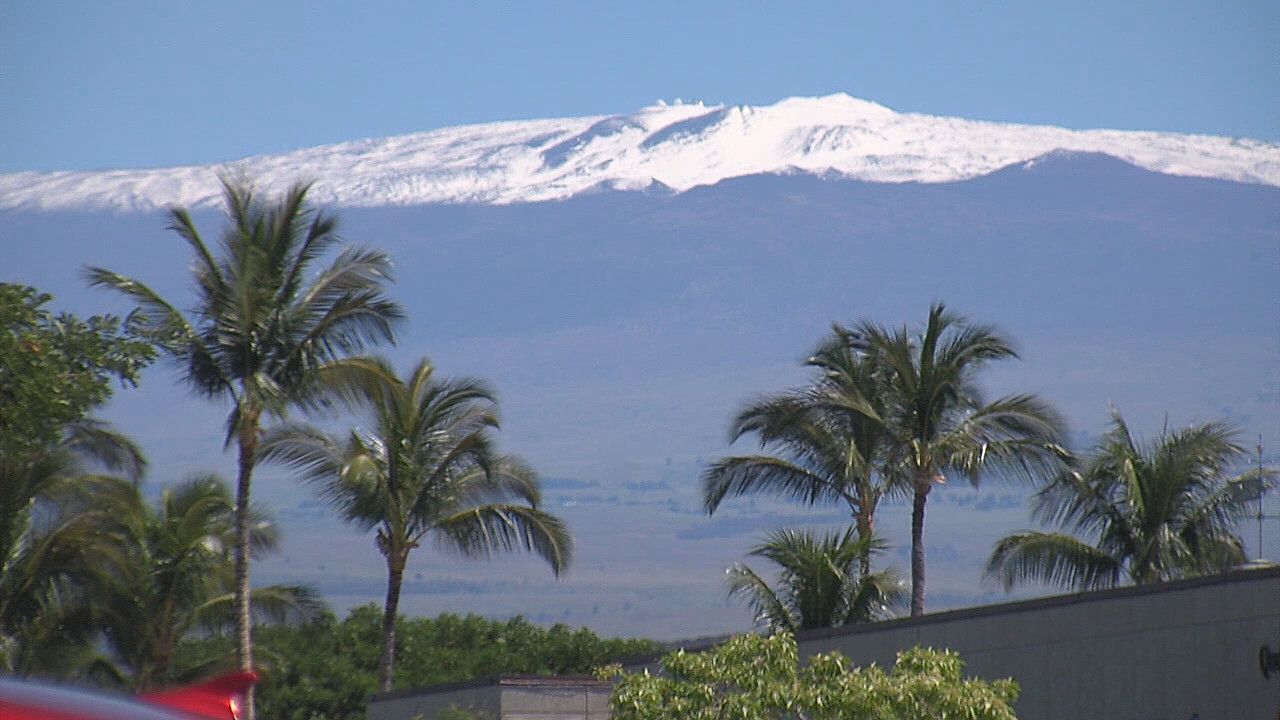 The view of Mauna Kea behind palm trees in Waikoloa on Saturday.

One of the most interesting views came from space. This shot was taken on March 10 by the NASA Earth Observatory. 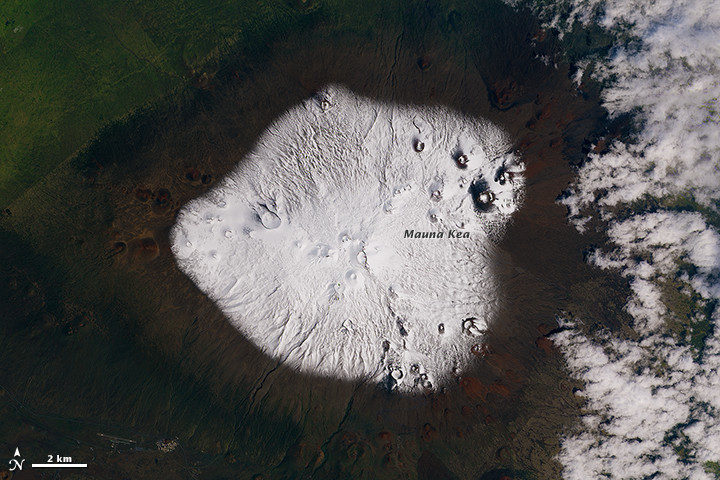 The Operational Land Imager (OLI) on Landsat 8 captured a view of the snow-capped summit on March 10, 2015. Courtesy NASA.