MAUNA KEA - In the early morning hours, a group of "protectors" formed a human blockade at the Mauna Kea Access Road at the location of the visitor center.

MAUNA KEA – Things are heating up today on the mountain.

In the early morning hours, a group of “protectors” formed a human blockade at the Mauna Kea Access Road next to the visitor center. Video and images being broadcast from the mountain over social media show the group walking back and forth across the road, holding signs and flags, accompanied by live music. The scene is a continuation of what was filmed on Thursday, however today there appears to be more participants.

There is also a long line of traffic backed-up on the Mauna Kea Access Road at the point of the blockade. Police are on the scene. 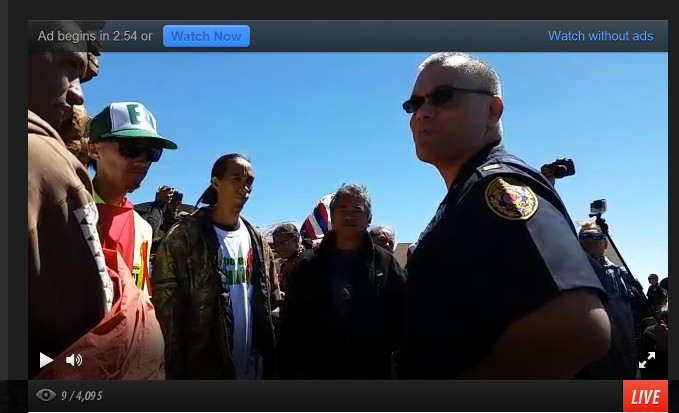 Police speak to TMT opponents blocking the road. Image from live video streamed from the scene by Kerri Marks with Occupy Hilo 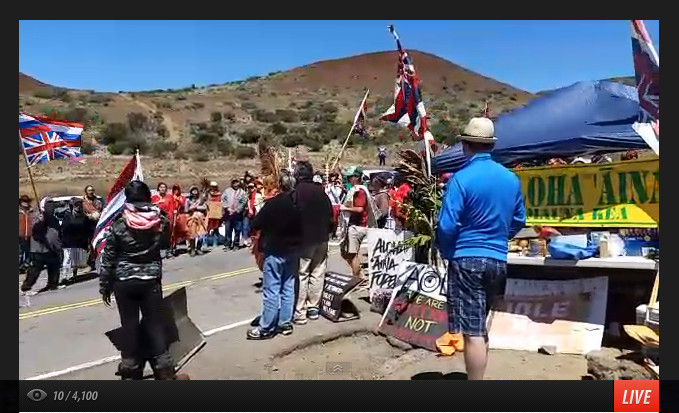 The blockade is in opposition to the construction of the Thirty Meter Telescope on the Northern Plataea, just below the 13,796 summit of Mauna Kea.

“E KŪ Mai e na kanaka Aloha ‘Āina!!!” wrote Lanakila Mangauil to followers on Facebook on Sunday. “Tomorrow morning we are anticipating the return of those who would drive the machines to destroy the northern platoue of MaunaKea. We will need many unified to keep the mauna safe!”

Many of the participants spent the night on the mountain, expecting an early arrival of TMT officials and construction contractors. 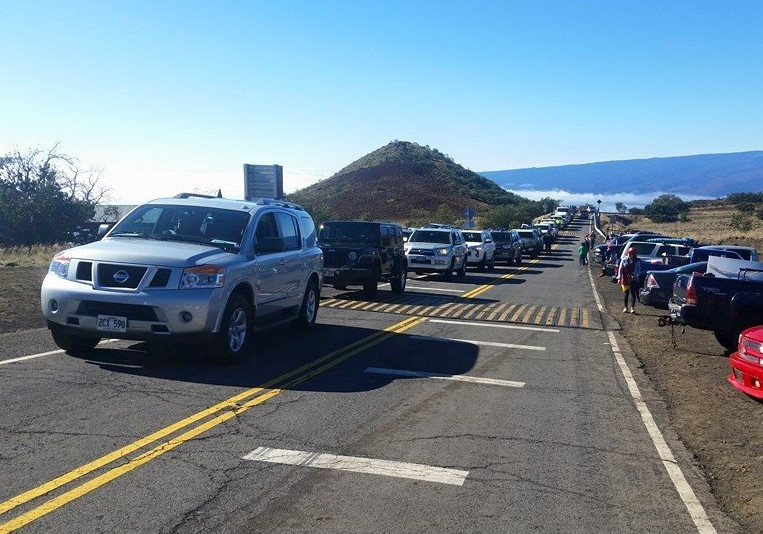 Photo of the traffic line on the mountain, taken by Lanakila Mangauil and posted to Facebook.