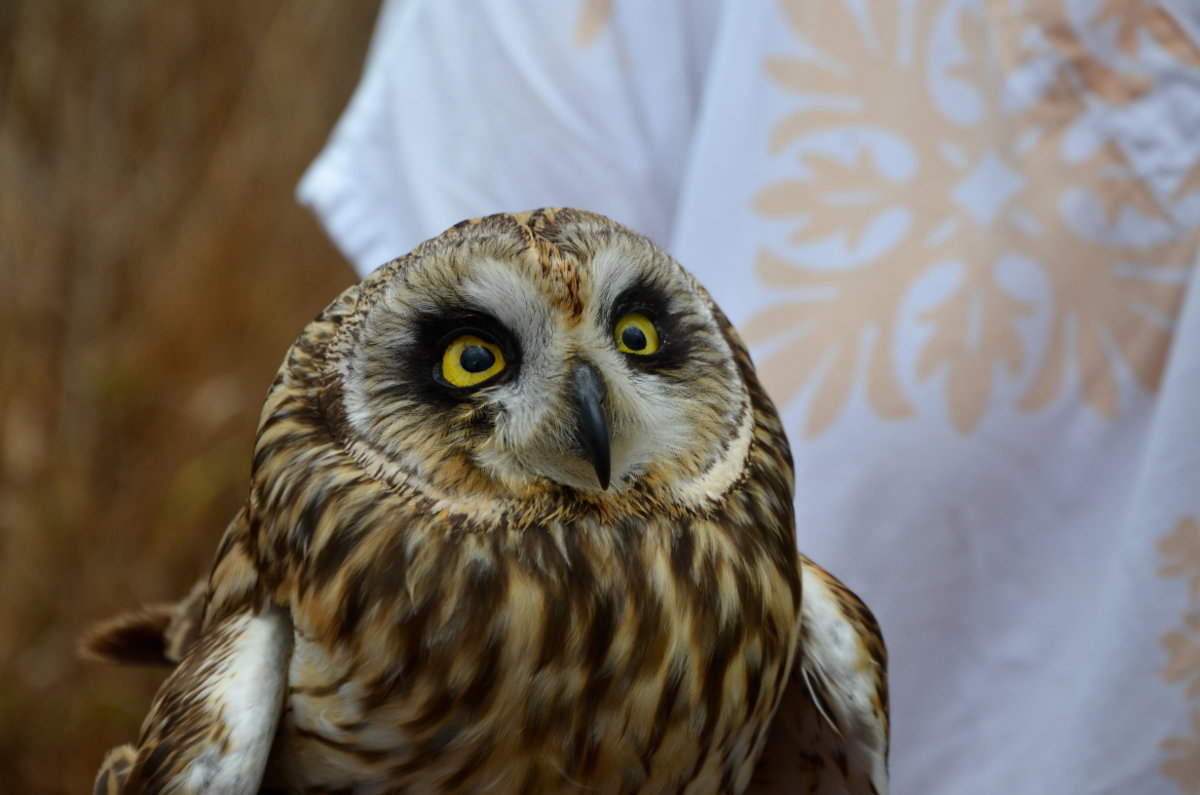 KAPA’AU, Hawaii – An Pueo that was injured on Lana‘i has been rehabilitated at the Hawai‘i Wildlife Center in North Kohala and transported back to its island home for release.

The Hawai‘i Wildlife Center is a professional wildlife rescue, rehabilitation and conservation organization that specializes in the care and protection of native Hawaiian birds and the Hawaiian hoary bat. They sent this media release detailing the Pueo rescue effort: 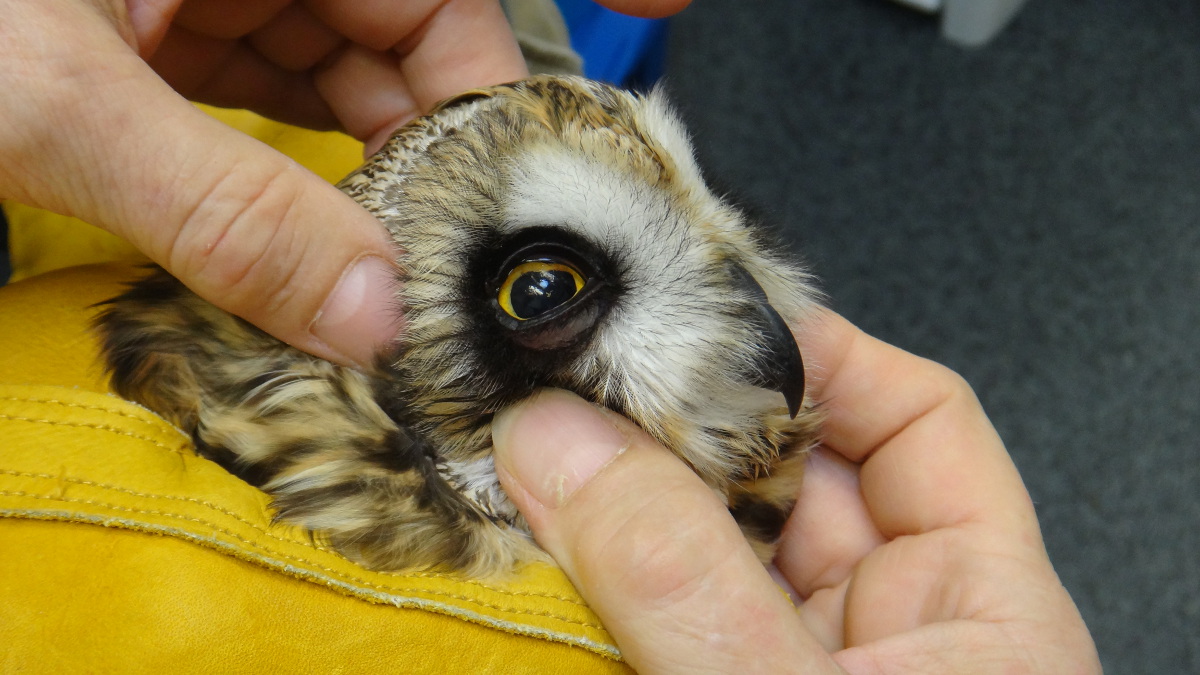 Against the odds, a Pueo (Hawaiian Short-eared Owl, Asio flammeus) that was found emaciated and badly injured on Lana‘i in late 2014 has been brought back to health at the Hawai‘i Wildlife Center (HWC) and was released back on Lana‘i this week.

The injured Pueo was found along the highway on the way to Lana‘i City in early November 2014 with traumatic head and eye injury. The bird was delivered to Division of Forestry and Wildlife (DOFAW) staff for Maui Nui that transferred the bird to the nonprofit Hawai‘i Wildlife Center, Hawaii’s only native bird and bat hospital, on Hawai‘i Island. A Lana‘i firefighter was instrumental in the rescue and transport was successfully accomplished with the help of a volunteer pilot in HWC’s Wings for Wildlife volunteer program.

The Pueo was given a complete physical exam upon intake at HWC by rehabilitation staff and a followup exam from Dr. Warren Shetrone, HWC’s Primary Care Veterinarian. The nine-month process to recover from its head and eye injuries and rebuild its physical condition consisted of slow, small increments of improvements that ultimately resulted in a miraculous recovery that surprised many involved with the rescue and recovery of this bird.

“This Pueo initially had neurological and visual deficits, despite the complete physical healing of the eye and it was uncertain if he would be releasable. It was amazing to witness these deficits reverse where he was able to adapt and improve. The victories including being able to eat on his own, fly purposefully in our flight enclosure, aim for the perch and successfully land on it, and focus visually on prey were huge milestones in his rehabilitation at HWC,” shares Wildlife Rehabilitation Manager Judi Ellal.

The Pueo is Hawaii’s only native owl, not to be confused with the introduced Barn Owl which also can be found in Hawai‘i. Hawaii’s native Pueo is found on all main Hawaiian islands, although it is rare and listed as Endangered by the State on O‘ahu.

“As the only native bird and bat hospital in the state, the Hawai‘i Wildlife Center is here to serve the entire Hawaiian Island chain,” said HWC President and Center Director Linda Elliott. “It is our goal to do what is best for our native birds and bats. This incredible success story demonstrates that no matter which island you’re on when you find a sick or injured native bird or bat, we are here to help.”

Individuals who find a sick or injured native bird or bat are encouraged to contact the State Division of Forestry and Wildlife and the Hawai‘i Wildlife Center for assistance and guidance. The HWC’s bird and bat help line can be reached at (808) 884-5000 or at birdhelp@hawaiiwildlifecenter.org.

More information can also be found at hawaiiwildlifecenter.org. 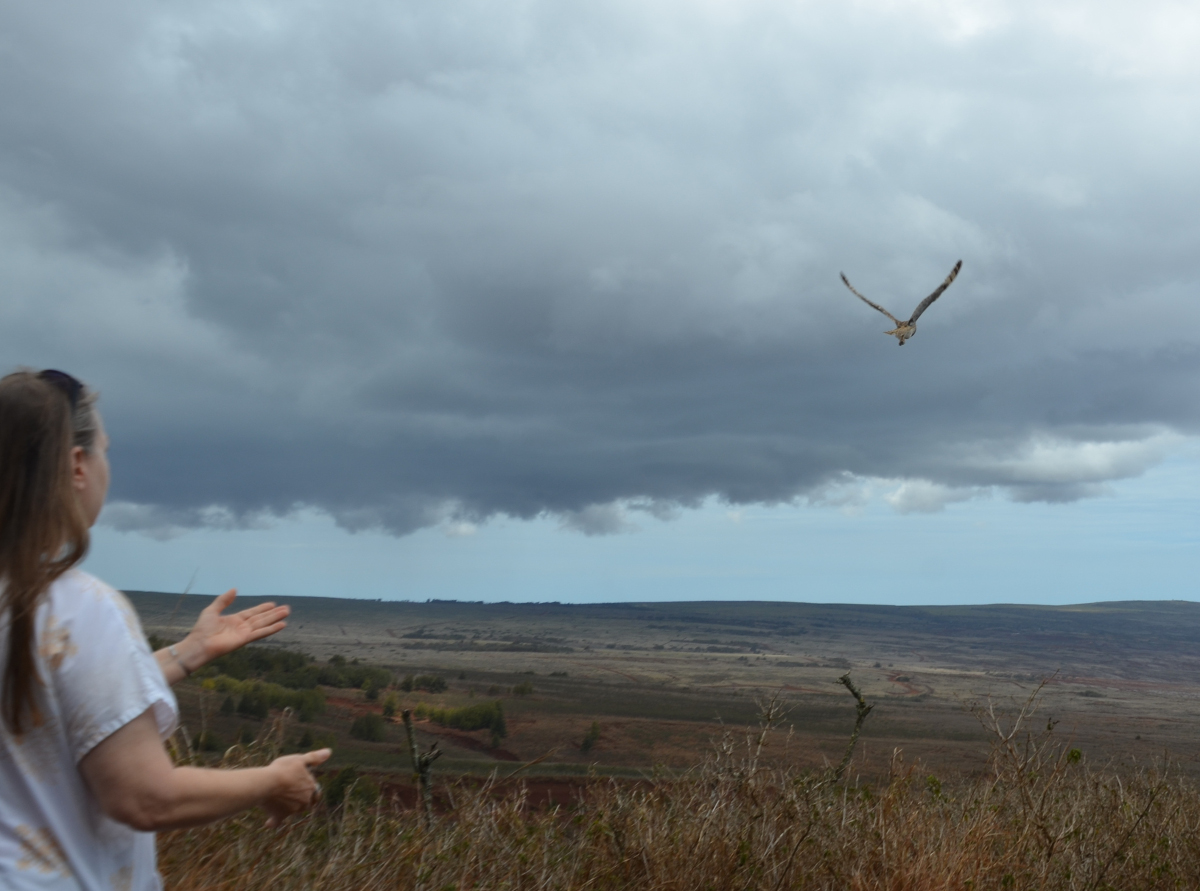