HAWAII: The National Weather Service says an area of heavy rain is located along Highway 190 between Holualoa and Puuanahulu. Radar indicated rainfall rates up to 3 inches per hour are possible. 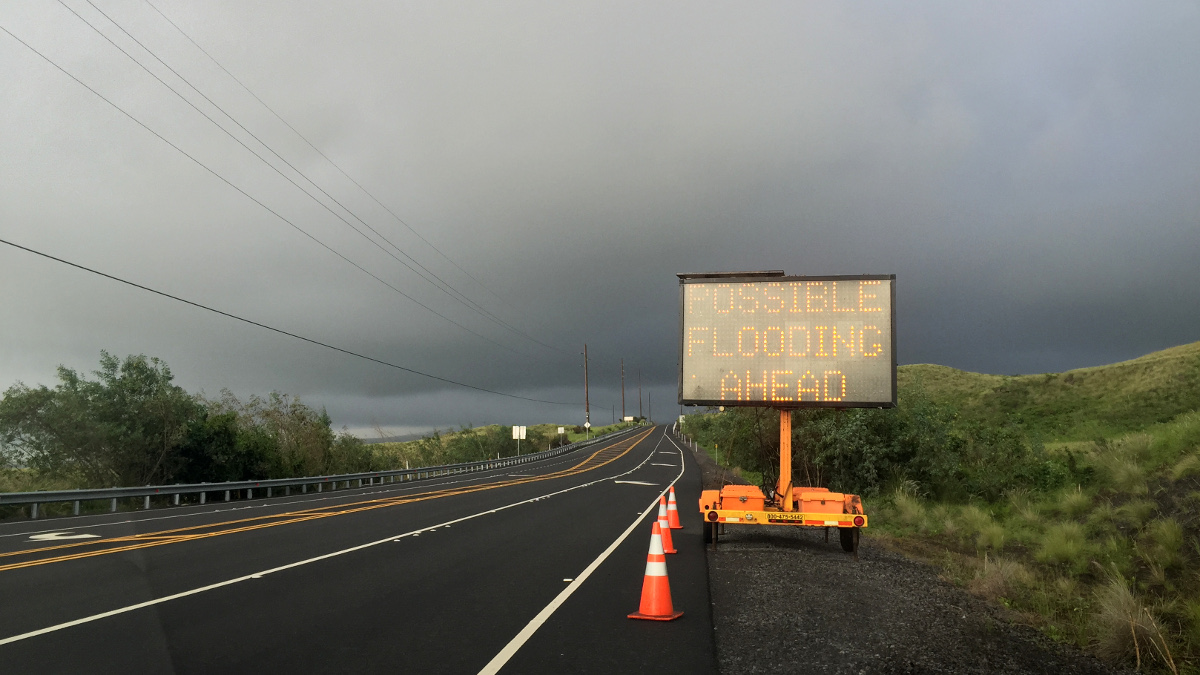 This sign warns motorists on Highway 190 near the Daniel K. Inouye highway intersection in West Hawaii.

HAWAII ISLAND – A Flash Flood Warning is in effect for parts of West Hawaii until 7:15 p.m. HST.

“At 4:21 pm HST, radar showed an area of heavy rain 7 miles north of Kailua-Kona,” reported the National Weather Service. “The area of heavy rain was nearly stationary. Radar indicated rainfall rates up to 3 inches per hour are possible. The heaviest rain was located along Highway 190 between Holualoa and Puuanahulu.”

Forecasters say other locations in the warning include but are not limited to Waikoloa Beach Resort, Kona Village Resort, Keahole Point, and Puuanahulu.