“Mauna Loa is not erupting. Earthquake rates during the past week continue to be elevated, though at a lower rate than the previous week. Earthquakes occurred beneath Mauna Loa’s upper Southwest Rift Zone and upper west flank at depths less than 13 km (8 miles). Deformation data indicate continued inflation of magma reservoirs beneath Mauna Loa’s summit and upper Southwest Rift Zone.”USGS Hawaiian Volcano Observatory on Sept. 24 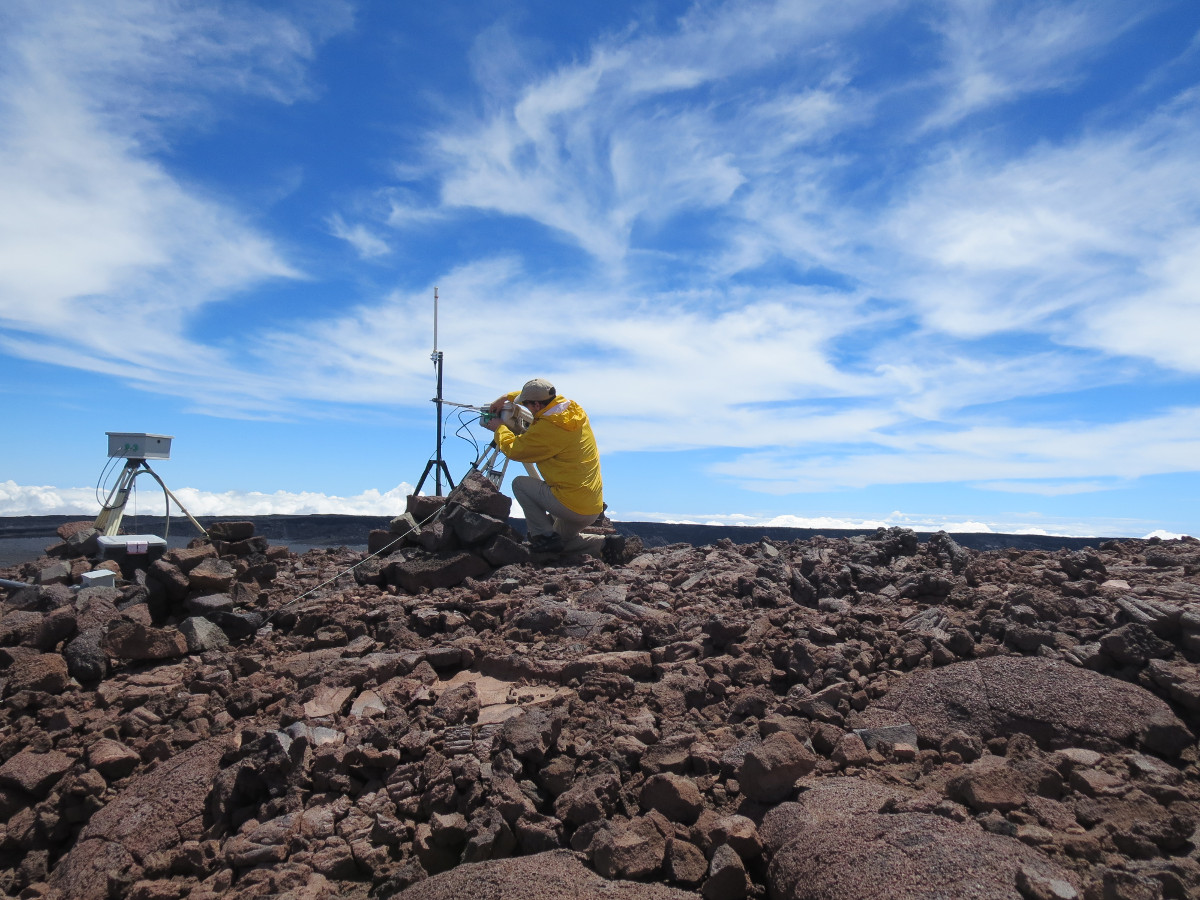 (USGS HVO) An HVO geologist performs a routine check of the thermal camera and webcam at the summit of Mauna Loa.

USGS scientists say it is possible that, as in 2005, “the present heightened activity will continue for many months, or even years, without progressing to an eruption. It is also possible that the current unrest is a precursor to an eruption, as was the case prior to eruptions in 1975 and 1984. At this early stage of unrest, we cannot determine which of these possibilities is more likely.”