KEAUHOU - The demolition of the former Keauhou Beach Resort to make way for Kamehameha Schools' Kahalu'u Ma Kai project was given the green light by the Leeward Planning Commission on Thursday.

KEAUHOU, Hawaii – The demolition of the former Keauhou Beach Resort and remnant Kona Lagoon Hotel to make way for Kamehameha Schools’ Kahalu’u Ma Kai project was given the green light by the Leeward Planning Commission on Thursday.

A crowd of project supporters attended the meeting in which the commission approved the schools’ application for a Special Management Area Use (SMA) Permit that will allow for the “21st-century, innovative hub for intellectual experiences”. 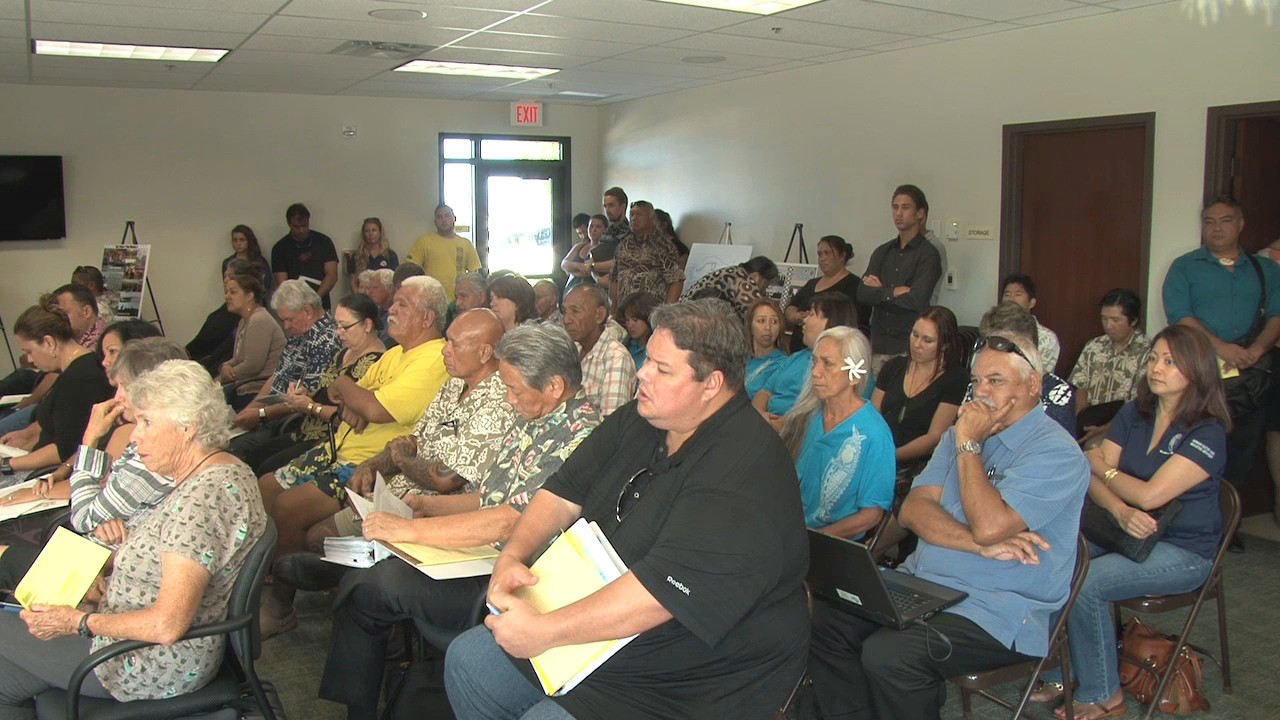 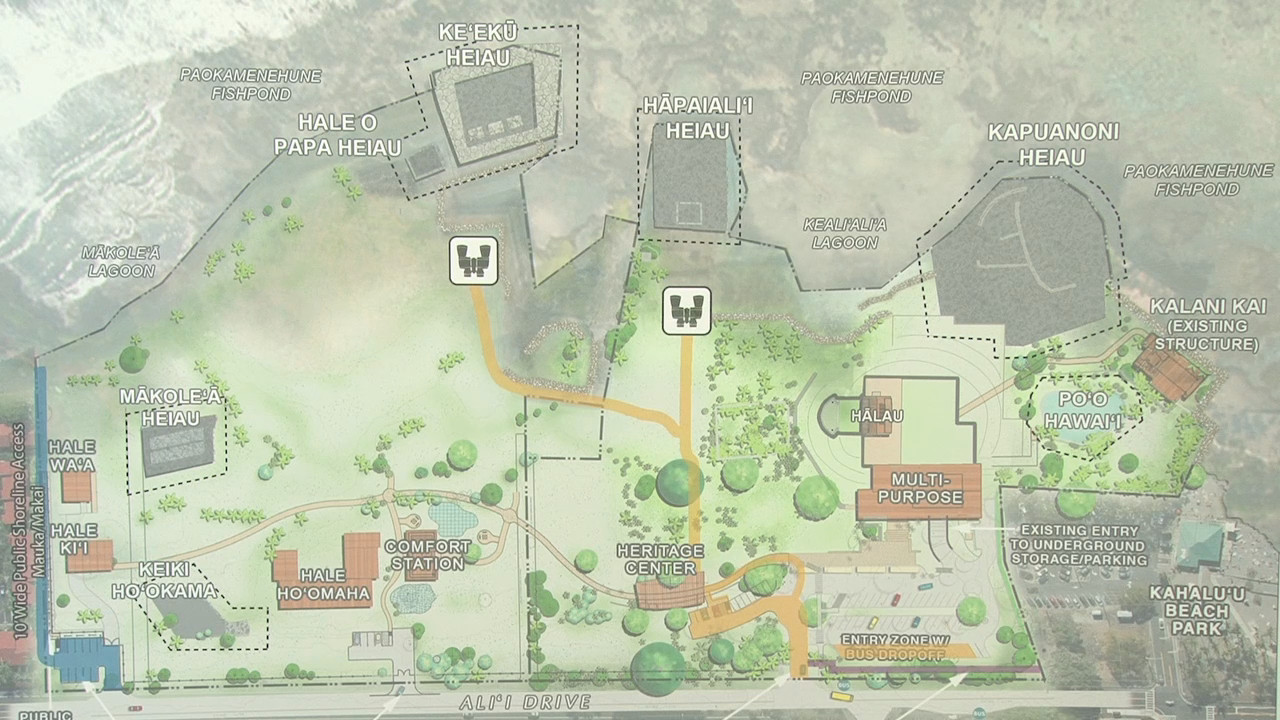 The project site consists of 22.73 acres of a shoreline property located at the southern end of Kahalu‘u Bay.

During the hearing and in a video news release afterwards, Kaeo Duarte, the VP of Kamehameha’s Community Engagement and Resources Group, did the talking. 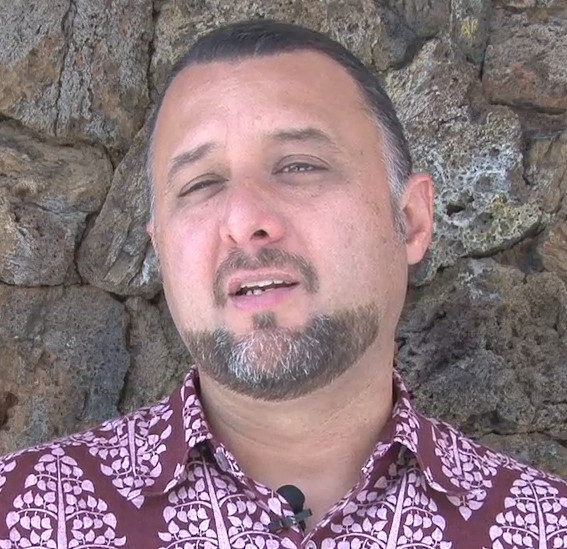 “This is meant to be a classroom for learners and teachers of all ages and backgrounds. This project aligns with Kamehameha’s new strategic plan, Kū Hanauna. One of the primary goals in our new plan is to work with a network of schools and educational institutions.”Kaeo Duarte, Kamehameha Schools

More than 2,400 learners throughout Hawai‘i annually use Kahalu‘u Ma Kai as an outdoor educational classroom – from Kaua‘i to East Hawai‘i, the school says.

The approval process was not a smooth path, according to a Kamehameha School media release.

At the project’s first LPC hearing held in September, two testifiers requested an increase in shoreline public access to allow visitors free access to the cultural resources on site. Countering that perspective today, many of the nearly 40 supporters testified that full public access to cultural sites was disrespectful to the significance of the sites and threatened the safety of young learners.

Kamehameha’s plan enhances current-day shoreline access with a proposed coastal access plan that features a pathway for the general public that leads to the beach at Makole‘ā Cove, located on the south end of the Kahalu‘u Ma Kai property. That proposed plan is part of Kamehameha’s SMA permit application. 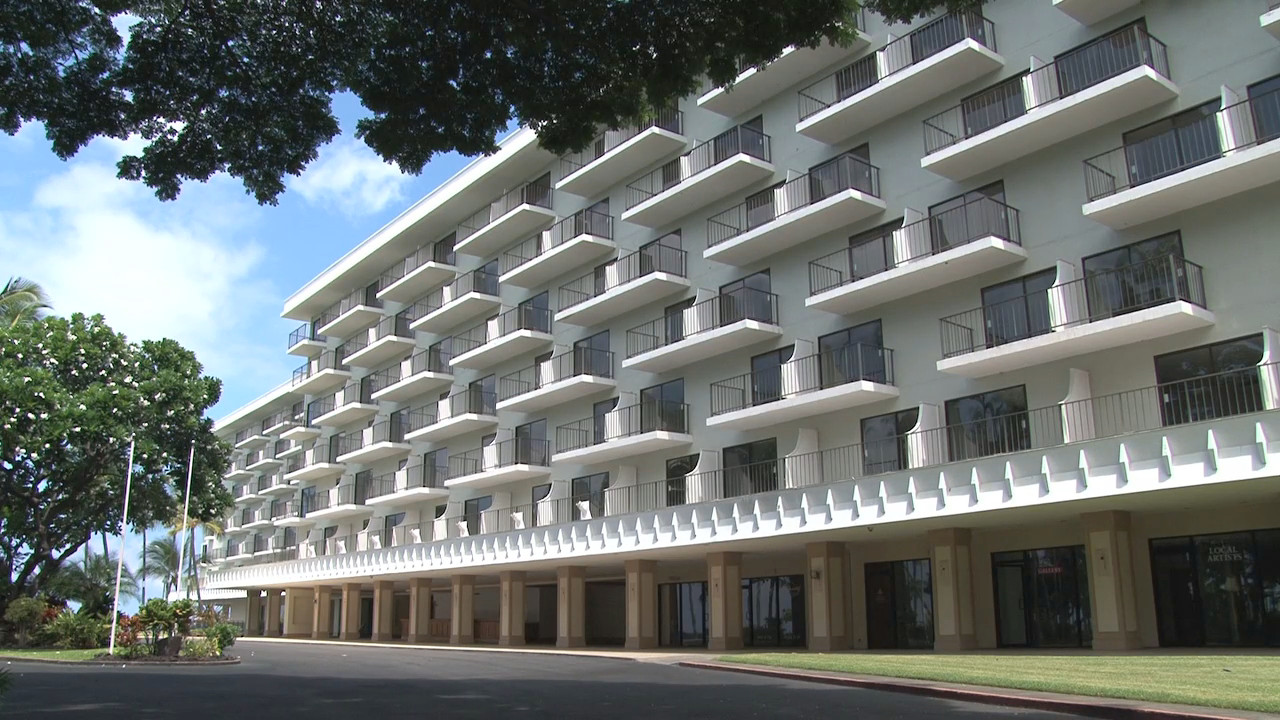 The Keauhou Beach Resort hotel building can now be carefully taken down.

The area of the former KLH on the southern half of the property is now characterized by a large lawn and temporary tent structures used to support existing educational programs conducted at the site. Large paved parking areas are still present, along with the Mākole‘ā Heiau, and a sewer pump station on the southern end. A small strip of sandy beach about 600 feet in length (Mākole‘ā Cove) is also present along the southern shoreline of this property. Exhibit 1.2 shows an oblique aerial photo of this particular area.

The northern portion of this area consists of the now closed KBR and associated facilities. Resort structures still present on site include the main KBR hotel, an underground parking structure, a former snack bar and restaurant known as Kalani Kai (former Restaurant Kai) in the northern corner, a modern era replica of the Kalākaua Cottage, and the tennis courts complex. Exhibit 1.3 includes an oblique aerial view of this northern area. Historic sites present within the northern half of the property include Hale O Papa Heiau, Ke‘ekū Heiau, Hāpaiali‘i Heiau, Po‘o Hawai‘i pond, and the remnants of the Kapuanoni Heiau makai (seaward) of the hotel’s swimming pool (see Exhibits 1.1 and 1.2). The Kalākaua Cottage (Exhibit 1.4) is not considered a historic property because it is less than 50 years old and a replica of another structure used by Kalākaua that was in another location mauka of the project site. Further discussion of this is provided in Section 3.16.

Po‘o Hawai‘i is a large, walled anchialine water pond located just north of the hotel structure (Exhibit 1.3) between the KBR hotel and Kalani Kai structure. This pond’s shape is generally rectangular, approximately 110 feet by 70 feet, and about 7,700 square feet in size. This pond may be connected to the ocean via an underground pipe based upon observations of water movement at the pipe outflow during fluctuating tides. It may also be connected to the ocean through the interstitial groundwater zone (SWCA 2014).

A small spring is also located just north of the tennis complex. 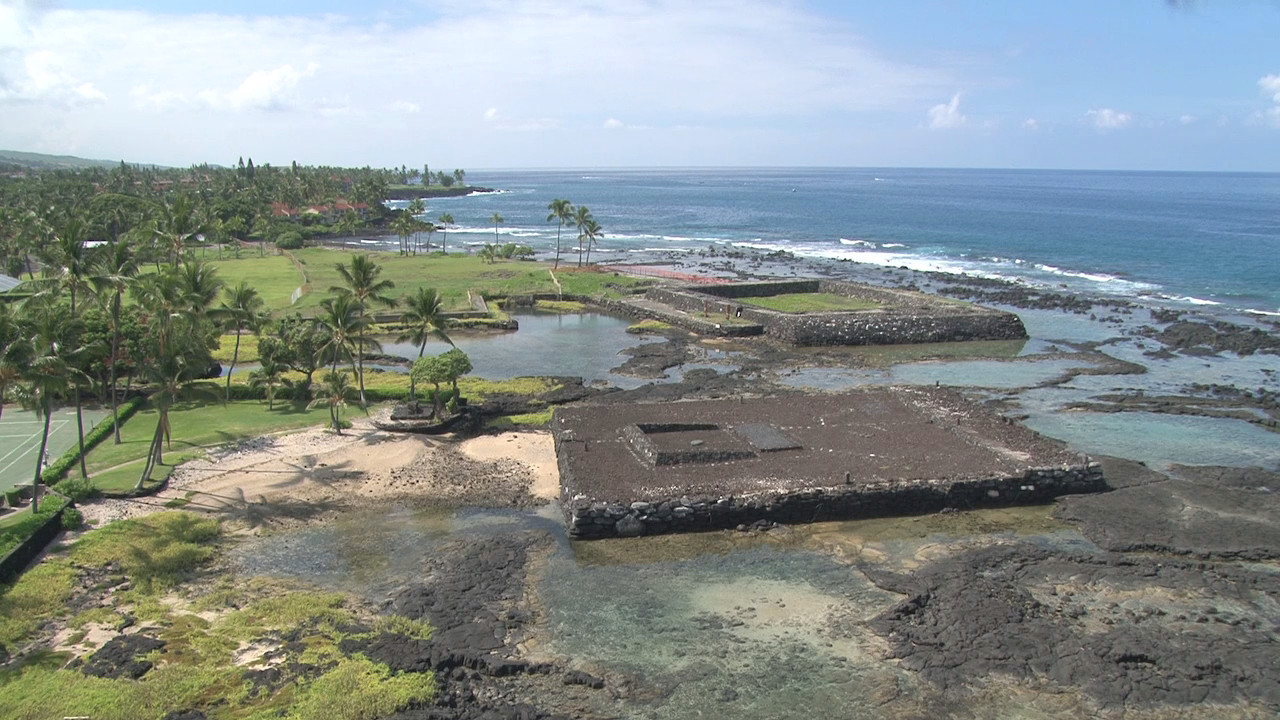 Overlooking the shoreline of the Kahalu’u Ma Kai project area.