PEPEEKEO - Residents participating in a public review of the draft Hamakua CDP bristled at a proposed land use map for Hakalau Point that appears to favor residential development over open space preservation.

PEPEEKEO, Hawaii – Big Island residents spoke up during a community meeting in Pepe’ekeo on May 11, driving home their vision for the scenic coast of Hakalau to county planners.

The gathering was a Focused Discussion on ‘Aina and the Coast, part of the Hamakua Community Development Plan process that is entering the final stages of creating a document that will guide future development along the rural South Hilo, North Hilo and Hamakua districts.

Residents in attendance bristled at a proposed land use map for Hakalau Point that appears to favor residential development over open space preservation.

“That is not the community’s voice,” stated Hamakua Councilwoman Valerie Poindexter, who was sitting in the audience during the CDP presentation. “That change has been done by whom? Is it the developer’s voice that got heard?”

The area is already zoned urban by the state. 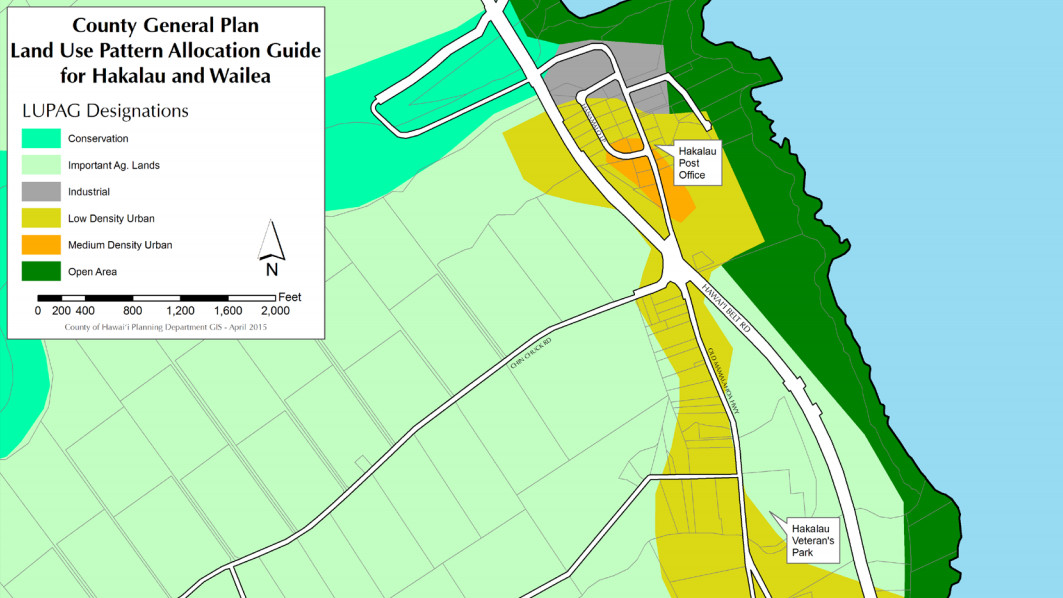 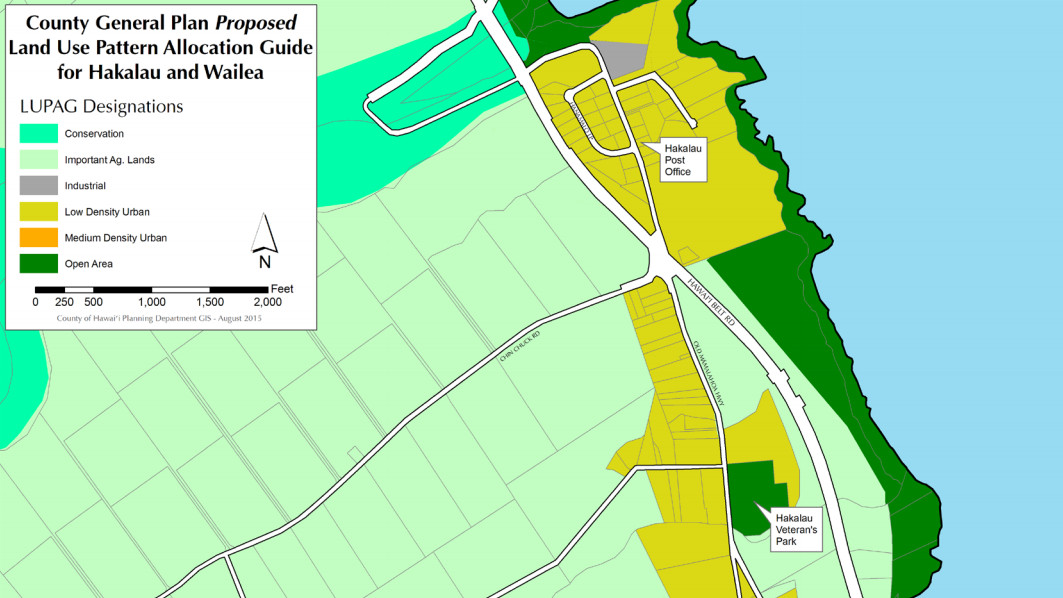 Hakalau Point, once home to a large sugar plantation, is prized for its scenic and cultural value. But a planned development has the community scrambling for an alternative. The lands were prioritized on the 2015 Public Access, Open Space and Natural Resources Commission list, and residents hope the county and the developer can come to an agreement to preserve the parcels.

The draft Hamakua CDP is still in the community review stages and there are three more Focus Meetings planned. The next is on May 18th in Honokaʻa (NHERC at 6 p.m.). The focus for that meeting is on Waipiʻo Valley.

There will also be a meeting on May 25th at the Laupāhoehoe Library Humanities Room (Focus on Agriculture) and June 1st at NHERC in Honokaʻa (Focus on Strong Towns).