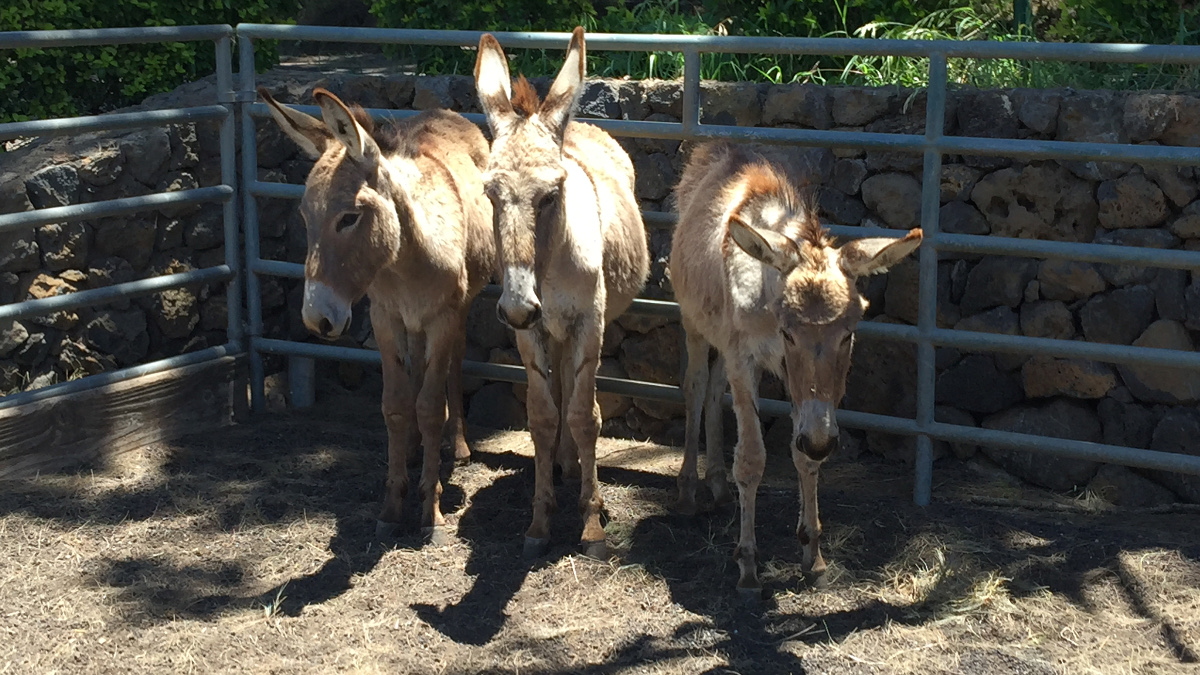 WAIKOLOA (BIVN) - As the 5 year effort to find homes for the feral herd of 500 wraps up, we take a look back at the community-driven effort, which included paniolo-style round-ups, and a plane ride to California.

WAIKOLOA, Hawaii – The final 50 donkeys of a feral herd that once totaled 500 are being prepared for adoption. 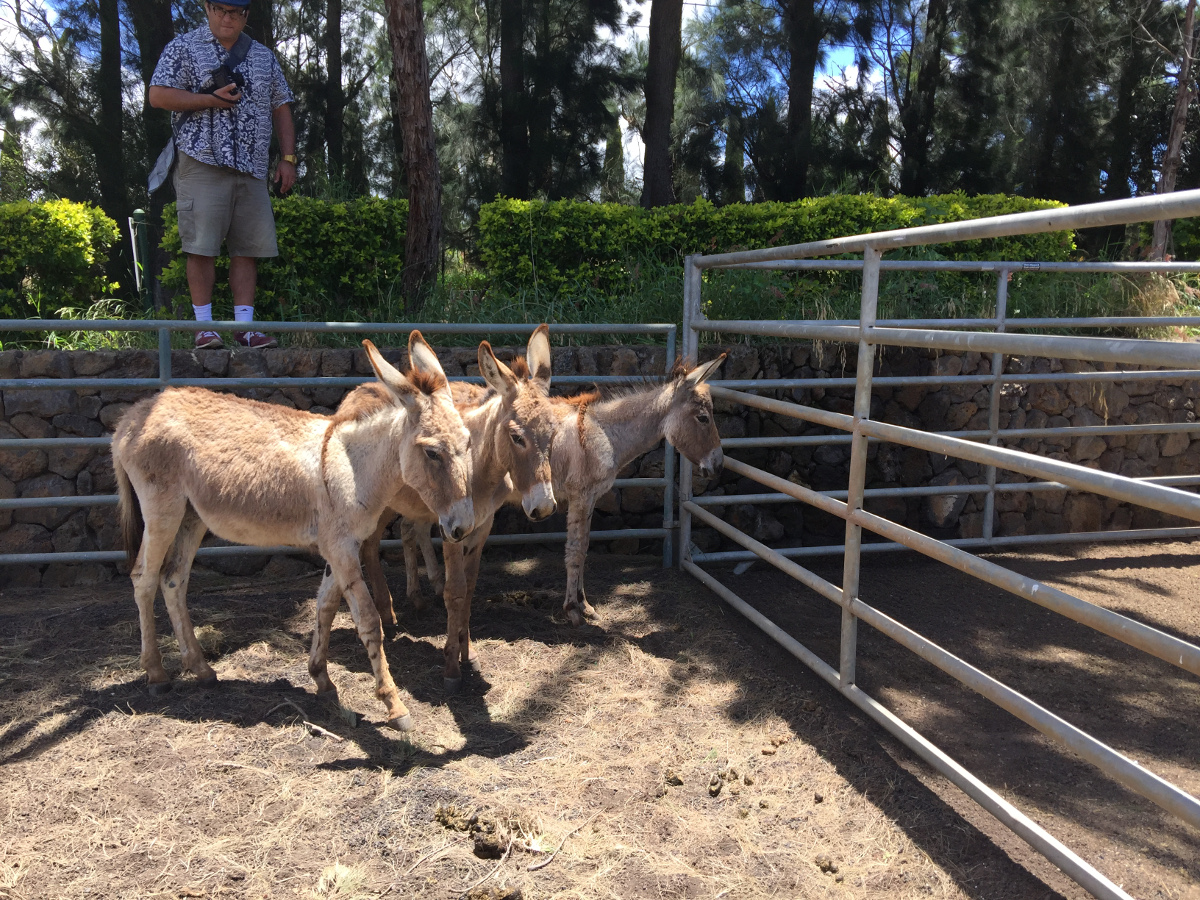 Big Island Video News began covering the story of the herd in 2010. The donkeys were cast-offs, descended from the animals who helped farmers in the early days of Hawaii coffee and agricultural plantations. The herd had grown large, and drought conditions pushed them closer to Waikoloa Village, where there was an increased possibility of donkeys being struck by vehicles or becoming an unwanted nuisance on private property. When talk of lethal eradication surfaced, the Humane Society of the U.S. and other community members took action.

By 2011, an intensive effort to rescue and rehome the unmanaged herd was underway. This video from August 2011 documented one of the paniolo-assisted round-ups where the donkeys were prepared for adoption. It features Brady Bergin, D.V.M., the lead veterinarian for the Waikoloa donkey project, and Inga Gibson, Hawaii senior state director for The HSUS. Both have been a part of the effort from beginning to end.

The Humane Society of the Unite States says more than 450 donkeys have already been rehomed to date, including 120 who were flown to California and found forever homes through Eagle-Eye Sanctuary Foundation and Peaceful Valley Donkey Rescue in 2012.