HAWAII VOLCANOES NATIONAL PARK, Hawaii – The dramatic show continues at Puʻu ʻŌʻō, where lava flows continue to issue down the flanks of the volcanic vent in long channels.

The activity associated with two new lava flows that began on May 24 changes on a day-to-day basis, say the photographers who dedicate themselves to documenting the volcano.

Videographer Mick Kalber reported the lava from breakouts on the north and east flanks of Puʻu ʻŌʻō are still not advancing much but are spreading out. “Interestingly, the northern flow was mostly inactive” on Sunday (May 29), Kalber wrote in a description of his video taken from a Paradise Helicopter overflight. He said the southern lobe erupting from the east-flank breakout appeared to be increasing in activity.

“Surface lava on both flows seems to wax and wane from day to day, hour to hour,” Kalber noted. 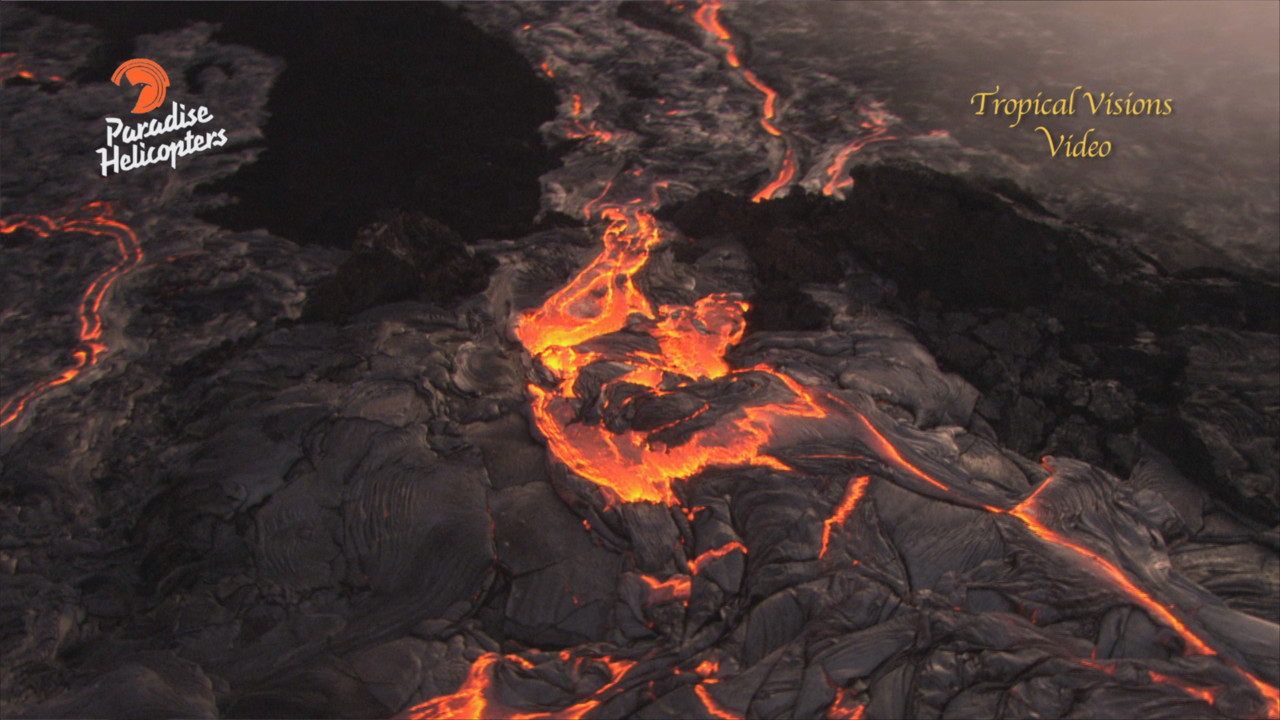 Lava activity continues on the flanks of Puʻu ʻŌʻō, captured on video by Mick Kalber on Sunday.

Kalber also filmed what appeared to be an overflow from a perched pond on Puʻu ʻŌʻō, saying “the perched pond was folding and stretching, in typical lava lake fashion, and sending lava flows coursing to the east from the pond itself. We documented an amazing overflow from the lake onto the new flow field.” This small-scale USGS map shows Kīlauea’s active East Rift Zone lava flow field in relation to the eastern part of the Island of Hawaiʻi. USGS says the new breakouts from Puʻu ʻŌʻō that began on May 24 are shown in red, as mapped on May 25. The area of the original June 27th lava flow field is shown in pink, as last mapped in detail on May 9. Puʻu ʻŌʻō lava flows erupted prior to June 27, 2014, are shown in gray. The black box shows the extent of the accompanying large scale map. Click for a closer view.

“Remarkably, there is still a small amount of lava active in the northern forest,” which concurs with recent observations of the June 27 lava flow made by the USGS Hawaiian Volcano Observatory.

None of the Puʻu ʻŌʻō flows currently pose a threat to nearby communities, scientists and emergency officials say. 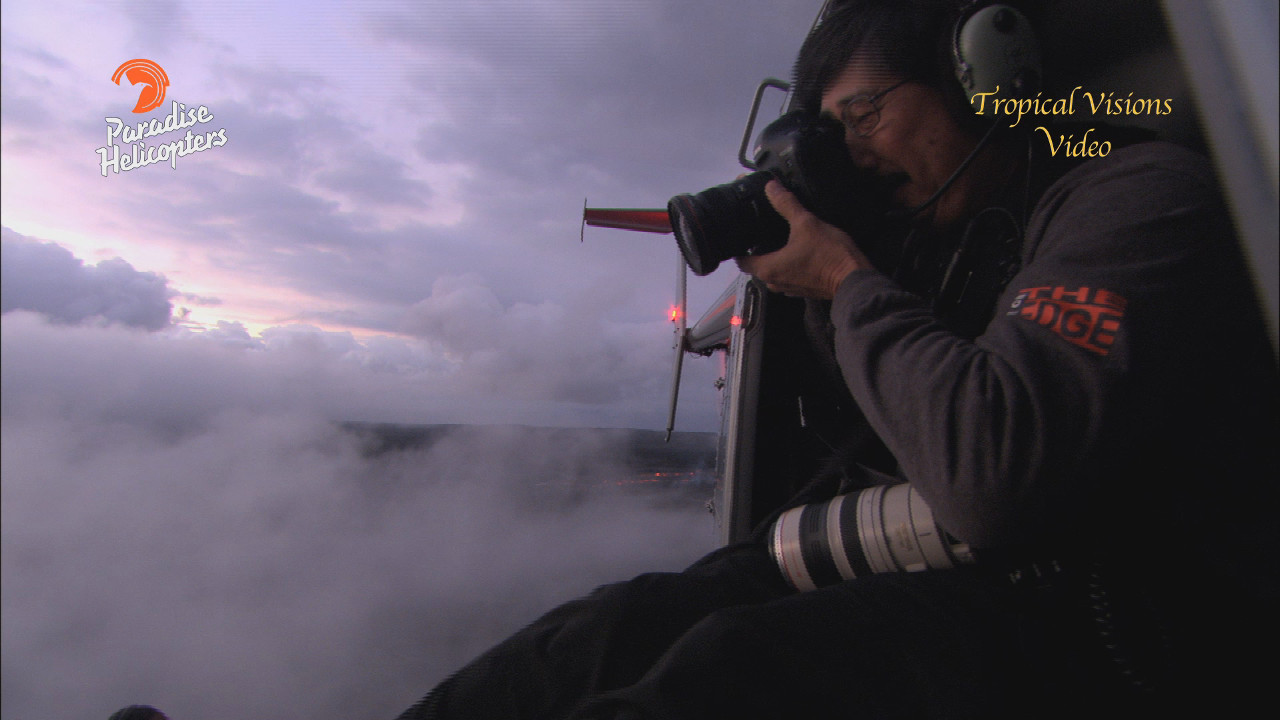 Bruce Omori and Tom Kuali’i joined Kabler on the flight. They operate the “Extreme Exposures” photo art gallery. Omori is out over the lava fields with Paradise Helicopters often, and with increased frequency since the new breakouts began. Image from video by Mick Kalber.