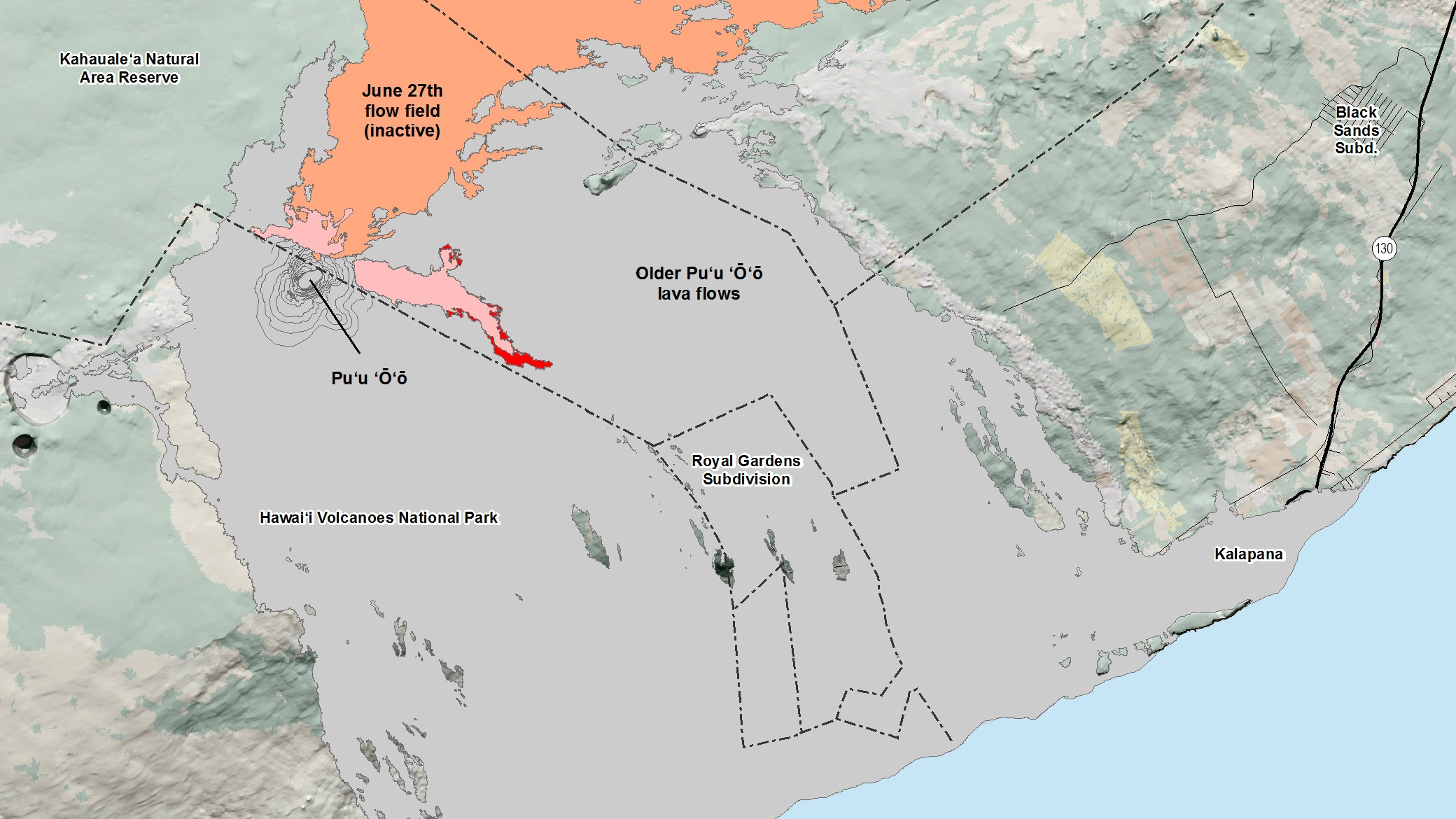 KILAUEA (BIVN) - The lava flow that erupted on June 27, 2014 - and went on to threaten Pahoa - is now inactive, but another flow is marching southeast towards the pali.

HAWAII VOLCANOES NATIONAL PARK, Hawaii – Lava continues its advance southeast in the direction of the Pūlama pali on the East Rift Zone of Kilauea. The flow was 2.1 miles long when mapped by scientists on June 10, and has advanced at an average rate of about 275 yards per day over the past week. 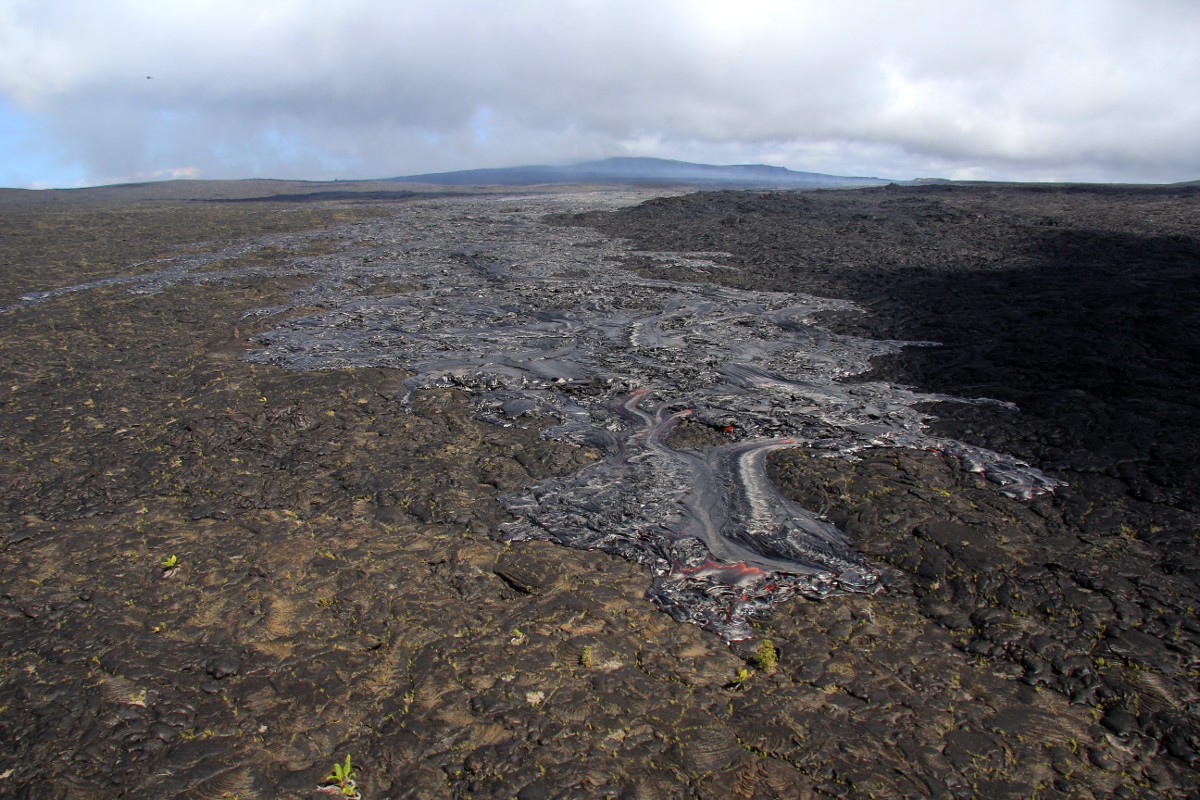 A look at the flow that erupted from the lower east flank of Puʻu ʻŌʻō on May 24. This flow continues to advance southeast. (USGS HVO)

The flow is advancing within the Kahauale’a Natural Area Reserve along the National Park boundary and maps show it is once again headed towards the uninhabited Royal Gardens Subdivision, where no structures remain standing following the neighborhood’s previous encounters with volcanic activity.

The flow that erupted from the east flank of Puʻu ʻŌʻō on May 24 is the only active flow on the east rift zone.

The June 27 lava flow – the same that threatened Pahoa in late 2014 – is now inactive. A USGS Hawaiian Volcano Observatory overflight yesterday found no active lava on the flow field northeast of Puʻu ʻŌʻō. 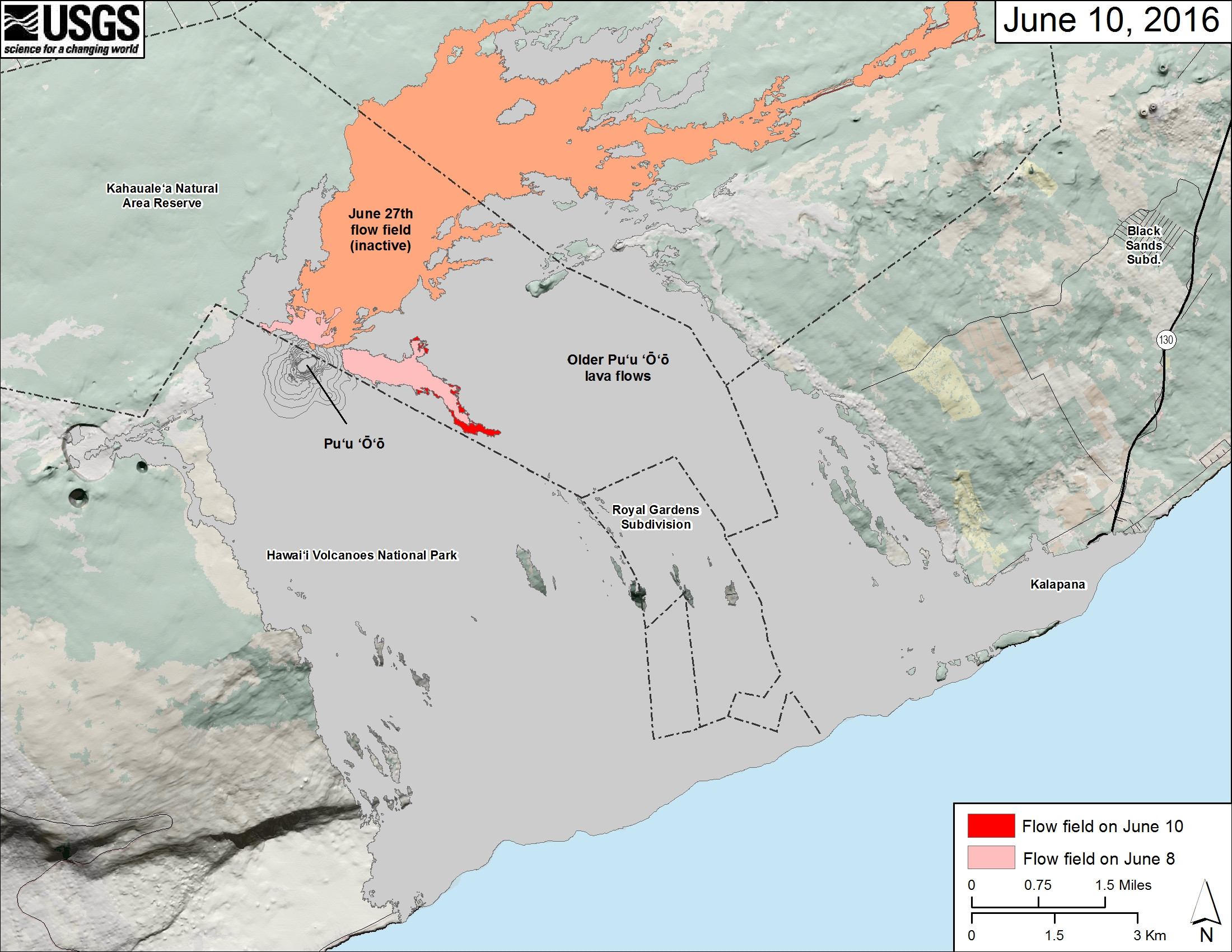 (USGS map) The area of the active flow field on June 8 is shown in pink, while widening and advancement of the flow field as mapped on June 10 is shown in red. The area covered by the June 27th flow (now inactive) as of June 2 is shown in orange. The Puʻu ʻŌʻō lava flows erupted prior to June 27, 2014, are shown in gray. 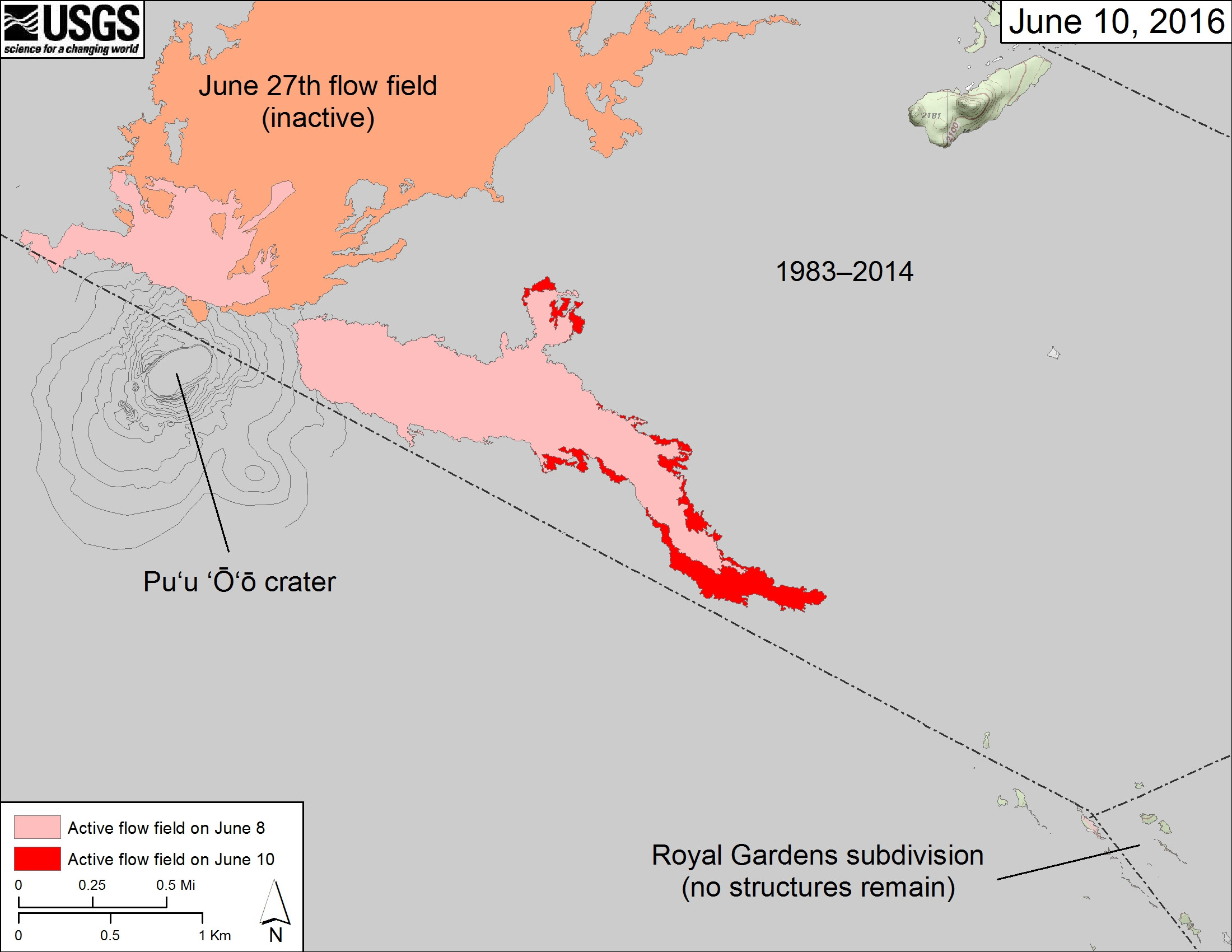 Inset of the USGS map