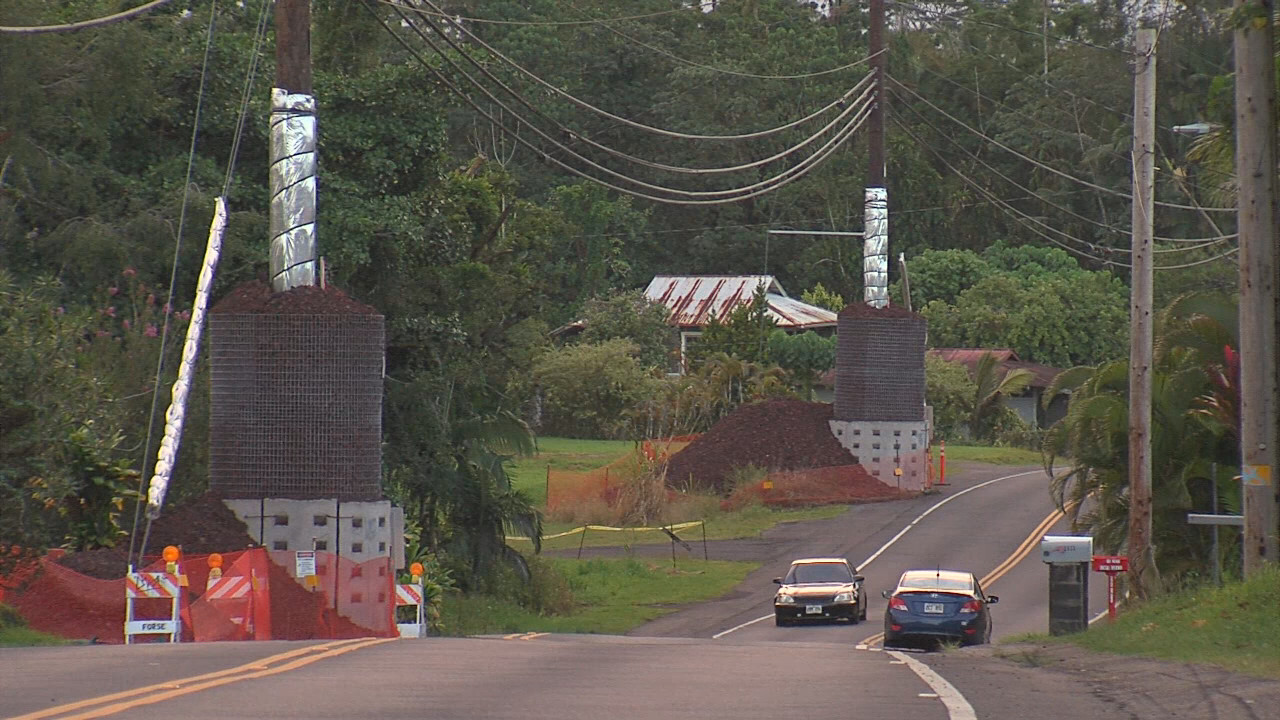 PAHOA (BIVN) - HELCO announced the temporary closure of Pahoa Village Road between Apa‘a Street and Post Office Road to take care of the lava-related landmarks that have been present for over a year and a half.

PAHOA, Hawaii – Pahoa Village Road will be closed next week between Apa‘a Street and Post Office Road in order for the Hawaii Electric Light Company to relocate utility infrastructure and remove five utility pole protection measures that were installed in response to the June 27, 2014 lava flow.

The protection is one of the last of the lava-related landmarks to stand as monument to Pahoa’s brush with the lava flow that threatened – and ultimately spared – the Puna village in late 2014 and early 2015.

In the last few days, scientists with the USGS Hawaiian Volcano Observatory have declared the June 27 lava flow inactive, nearly two years to the day that the flow first broke out on the flank of Puʻu ʻŌʻō. The portion of the flow that traveled downslope to Pahoa has been inactive for well over one year.

A different lava breakout remains active and continues to spread as it advances southeast. It is not heading towards Pahoa.

“Motorists are asked to slow down and drive with caution in the construction area,” the utility wrote on a news release. “During complete closures, access will be provided to local traffic only. Motorists are advised to use the Pahoa Bypass Road as an alternate route during this period. To ensure the safety of the crews, temporary power interruptions may be necessary while the work is being performed.”

HELCO says it “regrets any inconvenience this may cause and thanks the community for their patience and understanding. For questions or concerns, please call 969-6666.” 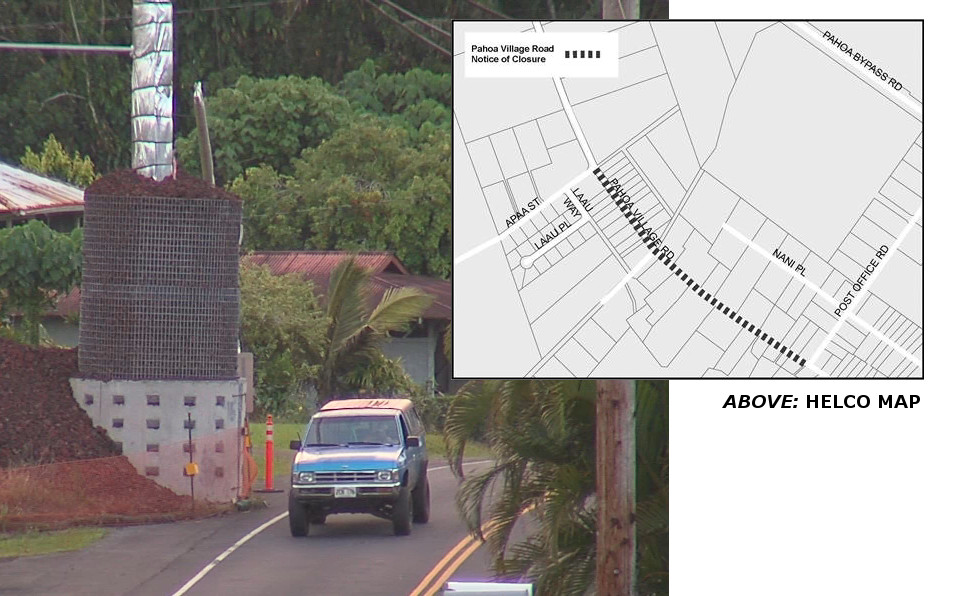