ROYAL GARDENS (BIVN) - The active lava flow from Puʻu ʻŌʻō is moving down the Pūlama pali, and has turned into a channelized ʻaʻā flow. Scientists are keeping an eye on things.

ROYAL GARDENS SUBDIVISION, Hawaii – The active lava flow southeast of Puʻu ʻŌʻō continues to advance down the Pūlama pali and the flow front has transitioned into a channelized ʻaʻā flow.

The episode 61g flow is now 3.9 miles long, and today the flow front progressed down the pali, moving faster now that it has hit the steep escarpments on Kīlauea’s southeast flank. The USGS Hawaiian Volcano Observatory reported this morning that the advance rate of the flow over the past four days has increased to about 0.2 miles per day.

USGS also posted a new map showing the progress of the 61g flow. 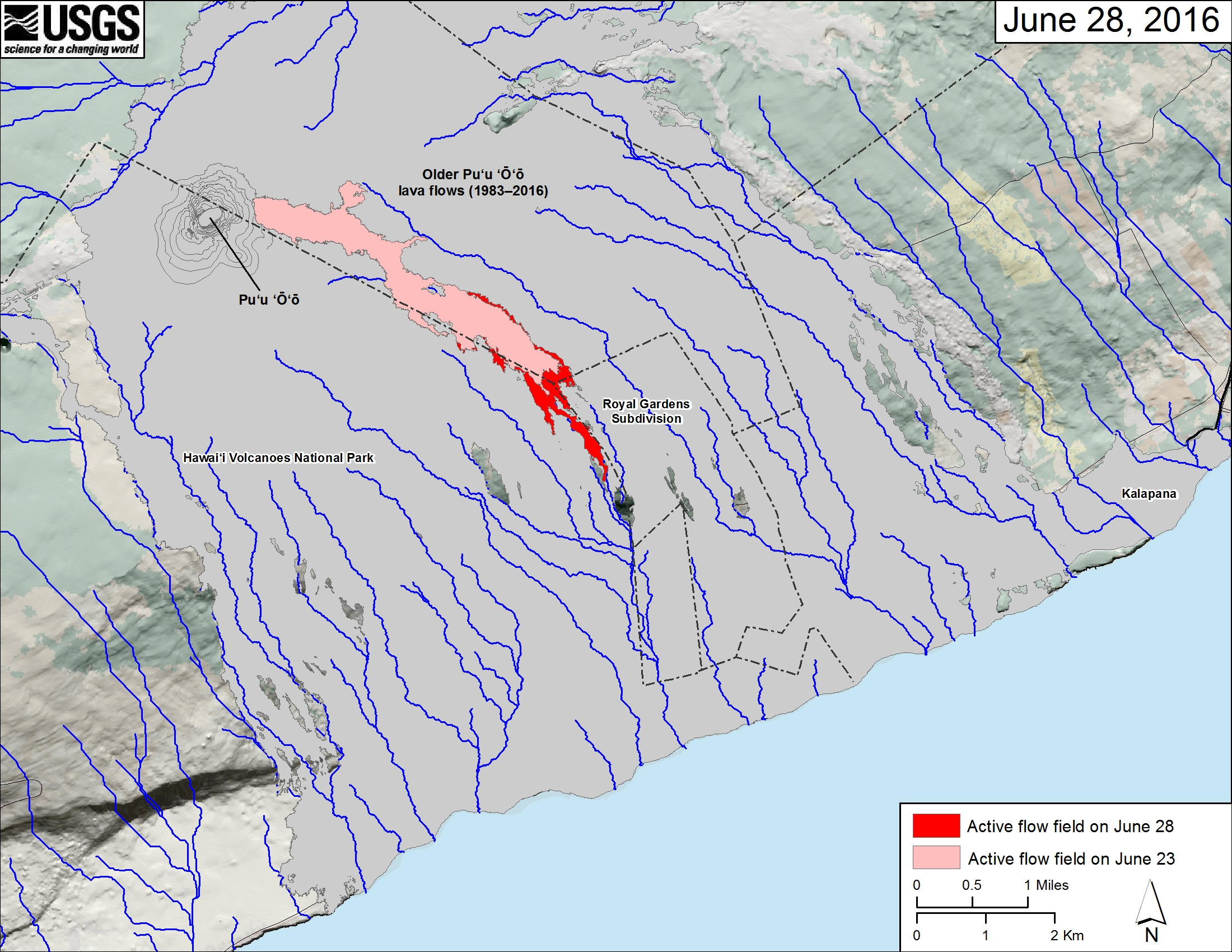 Although the majority of the flow activity is pahoehoe, the flow front is channelized ʻaʻā. The leading edge of the flow was buring vegetation in a kipuka earlier today. 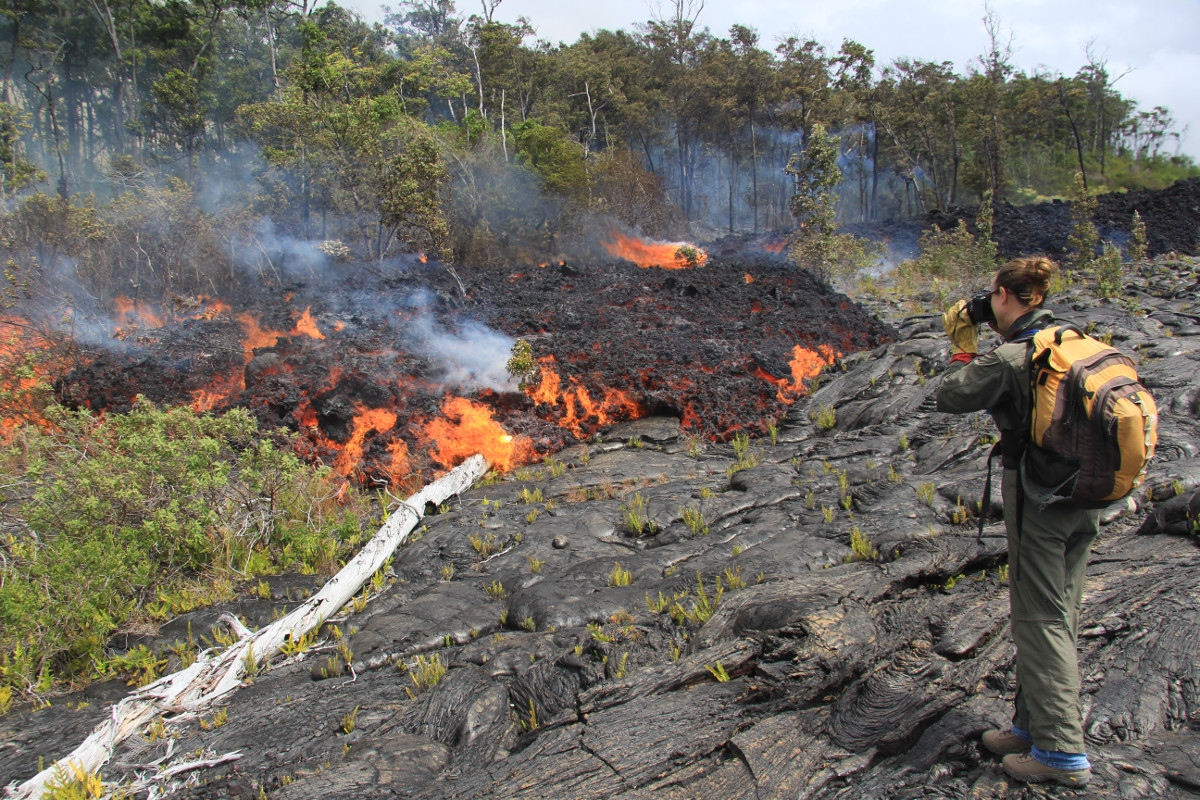 (USGS photo) An HVO geologist photographs the front of the channelized ʻaʻā flow.