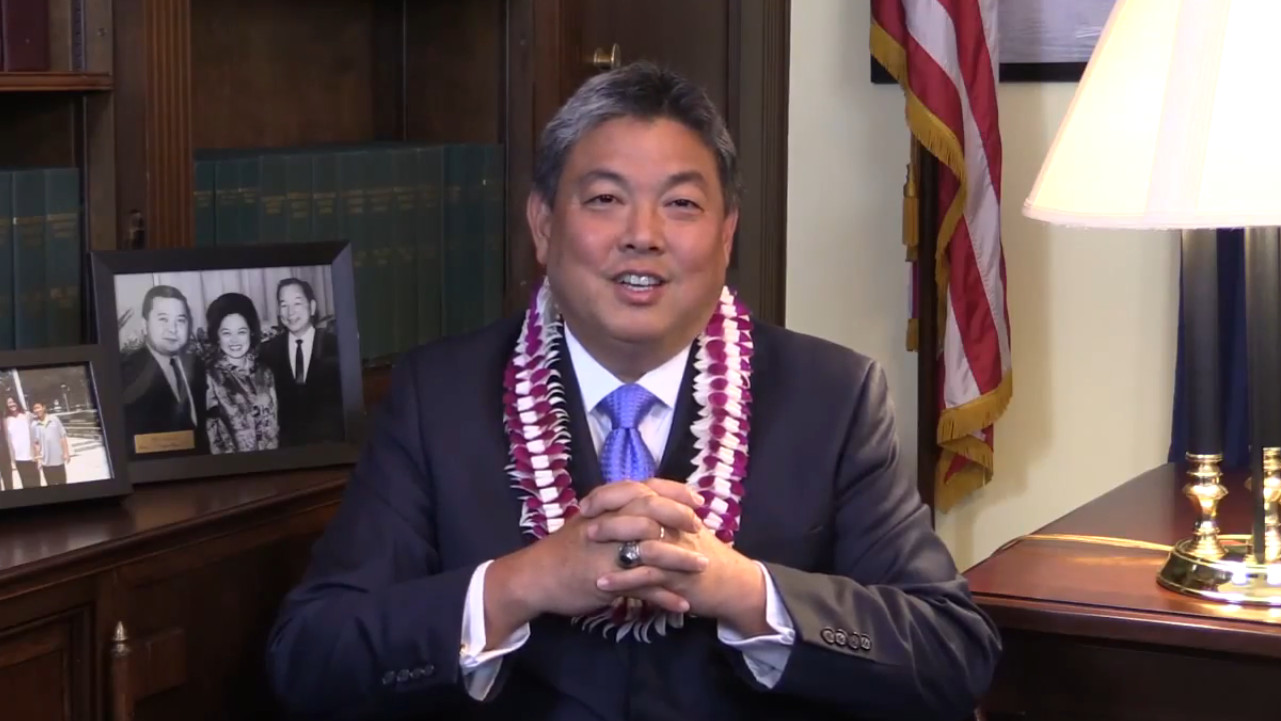 In May, Takai announced he would not seek re-election after he learned his battle with pancreatic cancer had taken a turn, and the disease had spread.

“Congressman Mark Takai was a good, kind, gentle man,” said Hawaii County Mayor Billy Kenoi. “He was an admirable father and husband, and a humble servant leader. Mark was a champion athlete and a champion for the people of Hawai‘i. Our aloha goes out to his wife Sami, son Matthew and daughter Kaila. Mark’s loss is a big loss for all of us who call Hawai‘i home.”

Hawaii Governor David Ige said Takai “humbly and effectively served the people of his state House and Congressional districts. In the often tumultuous world of politics, he has been a shining example of what it means to be a public servant.”

Takai was born and raised on Oahu, his congressional website states, and he “is an alumnus of Pearl City High School and the University of Hawaii at Manoa. He swam for the University of Hawaii throughout his undergrad years and also served as the Student Body President. He is a husband to his wife Sami and a father to his two children, Matthew and Kaila.”

Takai “was known on Capitol Hill for his aloha spirit and unwavering commitment to improving the lives of Hawai‘i families,” said Hilo’s State Senator Kaiali’i Kahele. “Rep. Takai lived the Spirit of Aloha.”

Rep. Tulsi Gabbard served with Takai in all three capacities.

“I’m deeply saddened today as we mourn the passing of my friend, colleague, and fellow soldier, Congressman Mark Takai,” Rep. Gabbard said in a statement. “I’m grateful to have known and worked with Mark for over a decade. With a servant’s heart, full of aloha, he dedicated his life to serving the people of Hawaiʻi and our nation, in the Hawaiʻi State Legislature, in the Hawaiʻi Army National Guard, and in Congress. I had the good fortune of serving with Mark in all three of these capacities, and saw firsthand that no matter where he was, he always kept his service to Hawaiʻi’s people at the forefront of his actions. Mark’s smiling face and ready laugh will truly be missed, but the impact that he made through his life of service to the people of Hawaiʻi will always be remembered.”

Hawaii’s Speaker of the House of Representatives also issued a statement.

“Mark was a thoughtful and caring public servant and a good friend to all us in the State House. To say that he will be missed is not just a cliché but a heavy and sad reality,” said House Speaker Joseph Souki “As much as Mark had accomplished in his full life, there was so much more he wanted to do and would have done—for himself and his family, and for all us here in Hawaii. Our thoughts and prayers go out to his wife Sami and their children Matthew and Kaila and all of the Takai ohana in this very difficult time.”

“I affectionately called Mark my younger brother,” said U.S. Senator Mazie Hirono. “We shared so many of the same values and supported each other during challenging times. Mark’s passing is a tremendous loss for all of us who loved him, and for the state of Hawaii. But he said it best- ‘as often happens, we find ourselves on a different journey than we had planned.’ While we find that our journey is not as bright without Mark, we will continue his work to make Hawaii a better place. My thoughts and aloha go to his wife Sami, his children Matthew and Kaila, and the Takai ohana.”

Rep. Takai planned to finish out his term, which would have ended in January 2017.