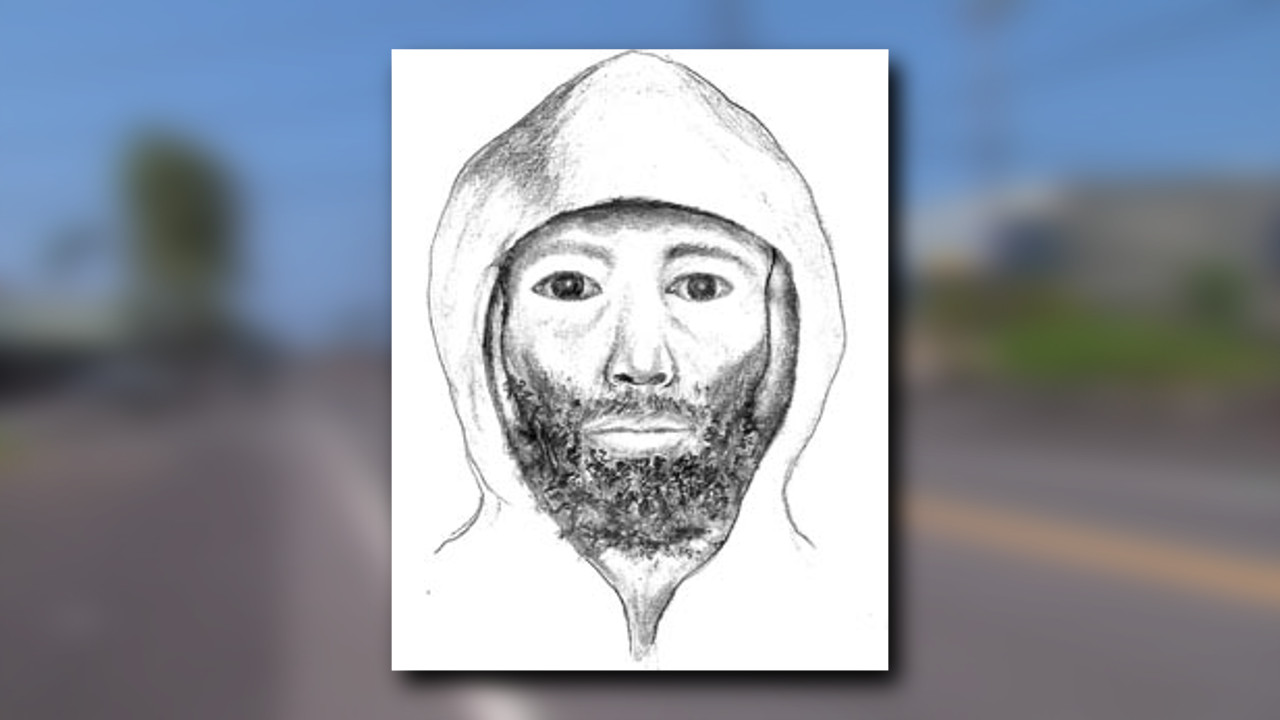 HILO (BIVN) - Police have put together a composite drawing of a man suspected of burglarizing a commercial building on Kamehameha Avenue on May 22. They are asking the public for help identifying him.

HILO, Hawaii – Hawaii County Police have released a composite drawing that they hope will lead to the identification of a burglary suspect who reportedly broke into a Hilo building a few months ago.

Police say that at 3:35 a.m. on May 22, South Hilo Patrol officers responded to a report of a burglary in progress at a commercial building located at 224 Kamehameha Avenue in Hilo. “A witness reported hearing a loud banging noise and then seeing a man coming out of a second-floor office,” police stated in a media release issued on Monday. “When he was discovered, the man shut the door and fled out the rooftop window, which was found to have been pried open.”

Police describe the suspect as a “local male” in his late 20s or early 30s with a dark complexion and short beard and mustache. He was wearing a dark-gray hooded jacket.

Police ask anyone with information about this case or the suspect’s identity to call the Police Department’s non-emergency line at 935-3311 or contact Detective Tuckloy Aurello at 961-2385 or tuckloy.aurello@hawaiicounty.gov.