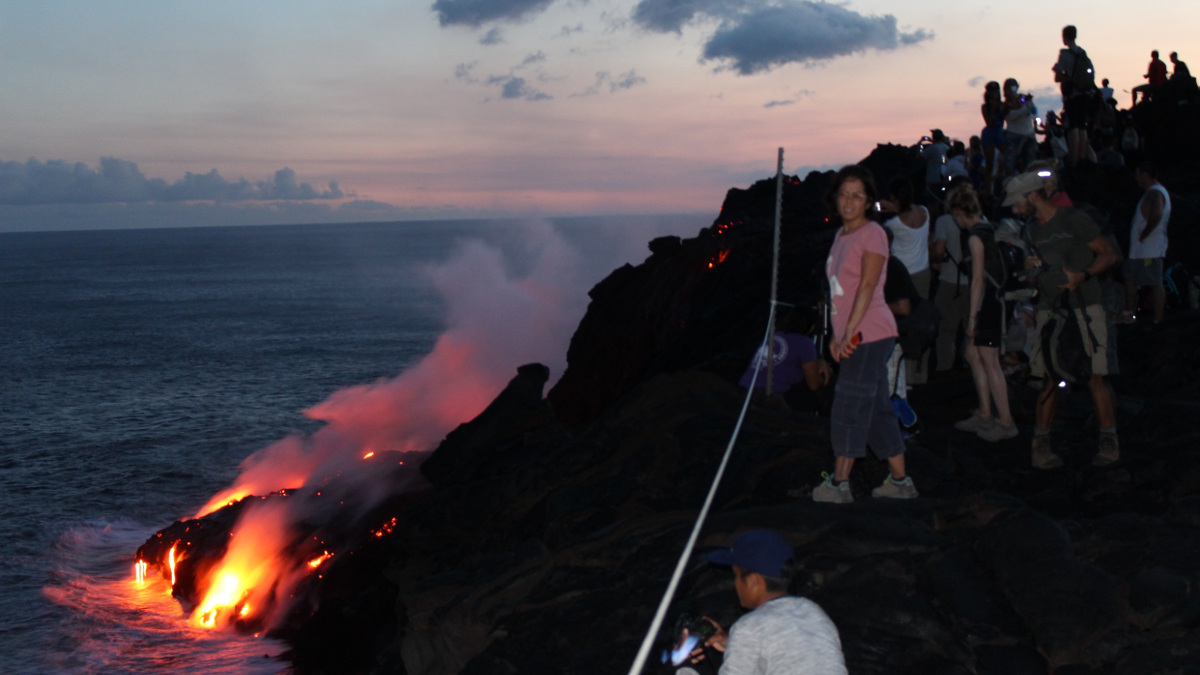 HAWAII VOLCANOES NATIONAL PARK (BIVN) - Entry to the park was free on Monday, as visitors were treated to a native plant giveaway, cultural games, and music. But the big attraction involved a long hike to see lava. 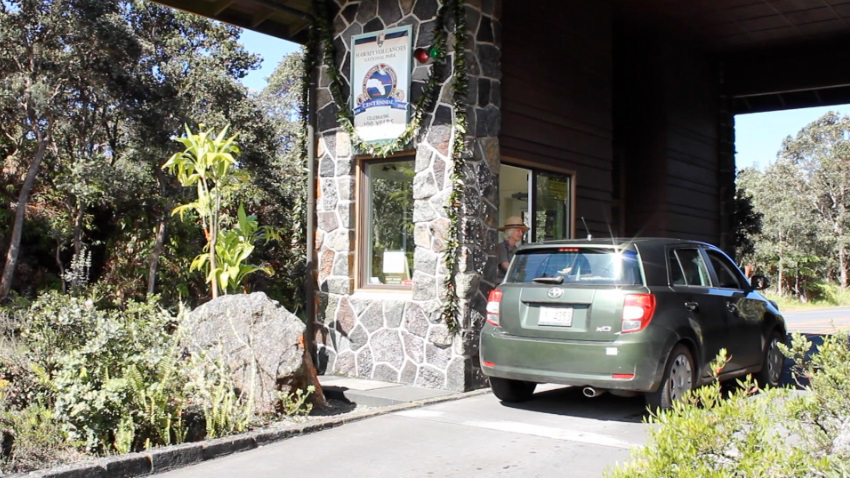 Visitors are flocking to the park to see a new lava ocean entry, as well as the continued spectacle of the summit eruption at Halema‘uma‘u, in a show similar to what was seen on August 1, 1916 – the date when Hawaii Volcanoes National Park was established.

“It is amazing that in 1916, the year the park was established, we had two eruptions. Mauna Loa erupted during May, and sent lava towards Kahuku, and Halema‘uma‘u fountained and spattered,” said Park Superintendent Cindy Orlando. “Fast forward 100 years and Kīlauea erupts from two locations. What an auspicious way to commemorate our centennial anniversary,” she said.

Entry to the park was free on Monday. Upon arrival visitors were greeted with a native plant giveaway, Hawaiian music by Ken Makuakāne, lei making and kōnane (Hawaiian checkers), plus presentations about park efforts to save endangered nēnē (Hawaiian goose) and honu‘ea (Hawaiian hawksbill turtle). Lava cookies and centennial stickers were shared with the first 100 visitors who arrived for the festivities, park officials say. 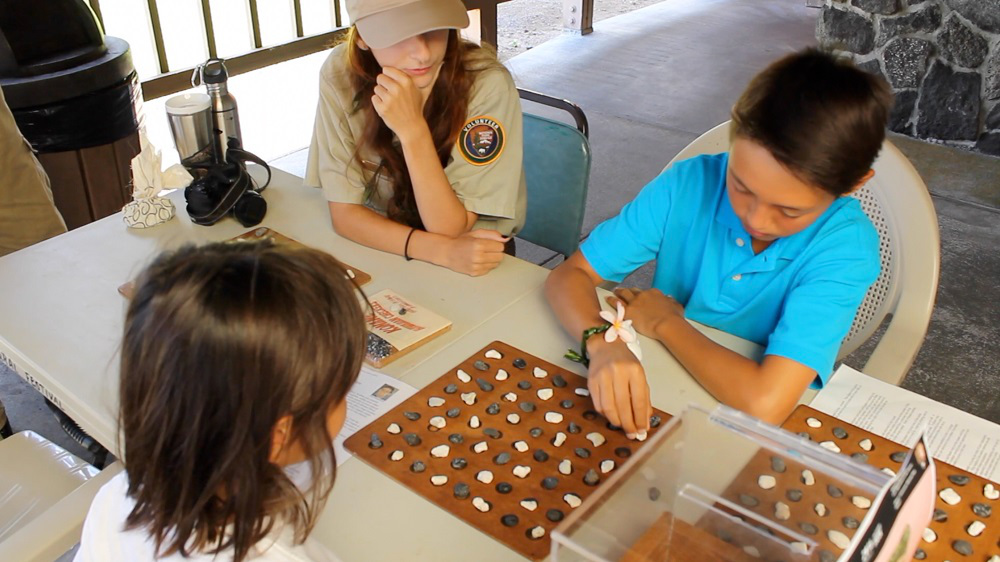 The big attraction these days, however, requires a long hike down by the sea.

A new lava flow erupted from the flanks of the Pu‘u ‘Ō‘ō vent a few months ago. Lava made its way down the hill and last week entered the ocean within the boundary of the national park.

“Hikers can access the active flow field from the end of Chain of Craters Road in the park, along the gravel emergency route” also known as the Chain of Craters-Kalapana Road, park officials say, “and are rewarded with beautiful sights of molten, flowing lava. It’s a long and hot hike, nearly five miles one-way. Preparation is key. Bring at least three to four quarts of water per person. Wear sturdy closed-toe hiking shoes or boots, gloves to protect the hands, and long pants to protect against lava rock abrasions. Wear sunblock, sunglasses and a hat. Visitors who plan to stay after dark need a flashlight and/or headlamp with extra batteries.”

Park visitors are urged to stay away from the steep, unstable sea cliffs, and rangers have placed rope barriers along the ocean entry to keep people safe.

“There’s no way to tell what Kīlauea will do next, and it’s likely that someone will be saying the same thing 100 years from now,” Orlando said.