MASSACHUSETTS – A camera crew aboard the Hōkūle‘a captured the surreal image of Hawaii’s iconic voyaging canoe being enveloped in thick, New England fog on Thursday morning, described as “new sailing conditions” for the crew on their worldwide voyage.

The Hōkūle‘a crew had little to no visibility of the horizon during the first couple of hours of the sail – a rare weather situation for the worldwide voyage. Eventually, the fog cleared up at around 10:00 a.m. ET and Hōkūle‘a was back on track to her next destination: the Massachusetts Maritime Academy. From there, the Hōkūle‘a crew will sail to Rhode Island early Friday morning, where the canoe will be docked for a few days.

Hilo’s master Pwo navigator Kalepa Baybayan talked about the experience in a short interview, once Hōkūle‘a had cleared the fog. 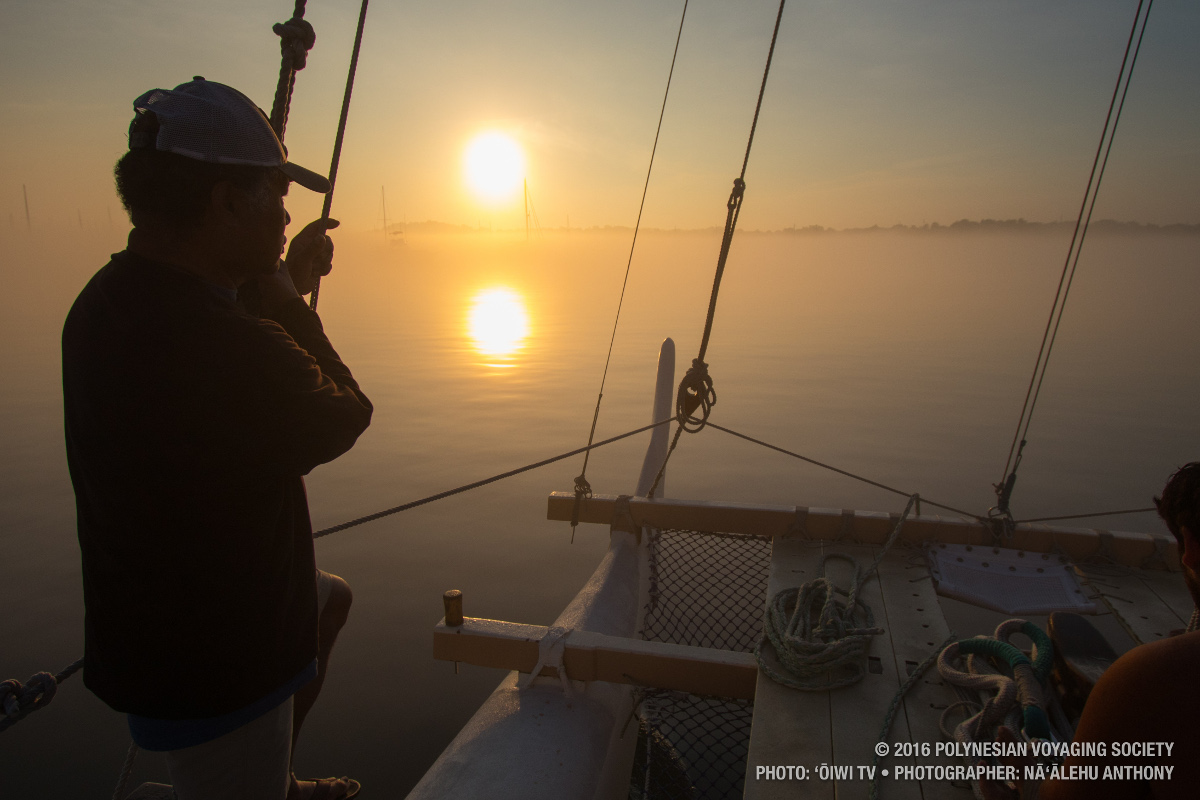 Weather and schedule permitting, the crew may be hosting outreach and canoe tours during their stay in Rhode Island, representatives say. Interested parties are encouraged to check Hokulea.com and social media channels frequently for updates.

Since departing Hawaiian waters in May 2014, Hōkūle‘a has sailed more than 26,000 nautical miles on its Mālama Honua Worldwide Voyage, spreading the message of sustainability and environmental consciousness. So far, the crew made stops in 14 countries and 70 ports, weaving a “Lei of Hope” around the world.