Video by David Corrigan, recorded on Aug. 12, 2016 at theGrand Rally in Hilo 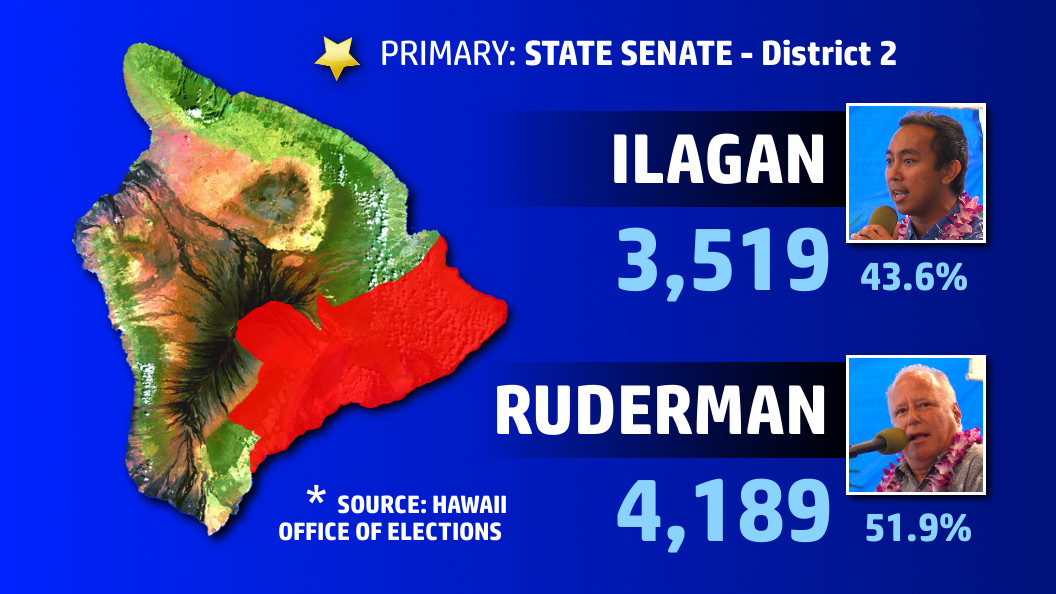 Ilagan, a young and hard working politician, had the backing of current senate leadership in his campaign for the Puna senate seat. The two candidates were neck and neck in vote totals when the first election results printout was released Saturday night. But the distance between the candidates grew as the night went on. By the end of the evening – with 4,189 votes (51.9%) to 3,519 (43.6%) – Ruderman realized victory.

“Thank you to everyone who helped my campaign and all who voted for me. We won!!!” Ruderman announced on Facebook.
“Mahalo nui loa!”

“Thank you so much to all of my supporters who voted and believed in me,” stated Ilagan in defeat, also over Facebook. “I’m very proud of how we ran our campaign with aloha. I love you all so very much. Now I know you might be wondering about my future plans, but please allow me to take some time to let everything soak in and think about it.”