Scientists with the USGS Hawaiian Volcano Observatory say the lava flow is building an increasingly large lava delta at the base of the sea cliff. The USGS “61g webcam” is currently down, however “observations from the field confirm that scattered breakouts continue, predominantly on the makai (seaward) portion of the coastal plain.”

From high above the lava flow, videographer Mick Kalber shared his own observations, recorded aboard Paradise Helicopters during a moonlit, early Thursday morning flight.

The initial entry to the east continues to grow even as the second entry to the west gains momentum. Both quite robust, as numerous fingers of a’a lava dripped over the coast cliffs and dozens pahoehoe flows entered the water. Several pahoehoe outbreaks were noted on the coastal plain, both above and below the access road, which Pele has now crossed in at least three places. A third ocean entry will probably develop over the next day or two.

The aerial video serves to show the size of the Kamokuna ocean entry.

The video also shows visitors to the lava flow, on foot and by boat. But scientists continue to warn of the hazards.

For example on Thursday night, USGS says, “air quality downwind of the ocean entry was poor, with the acid-laced laze plume blowing onshore.”

As a strong caution to visitors viewing the new flow 61G ocean entry (location where lava meets the sea), there are additional significant hazards besides walking on uneven surfaces and around unstable, extremely steep sea cliffs. Venturing too close to an ocean entry exposes you to flying debris created by the explosive interaction between lava and water. Also, the new land created is unstable because it is built on unconsolidated lava fragments and sand. This loose material can easily be eroded away by surf causing the new land to become unsupported and slide into the sea. Finally, the interaction of lava with the ocean creates an acidic plume laden with fine volcanic particles that can irritate the skin, eyes, and lungs. 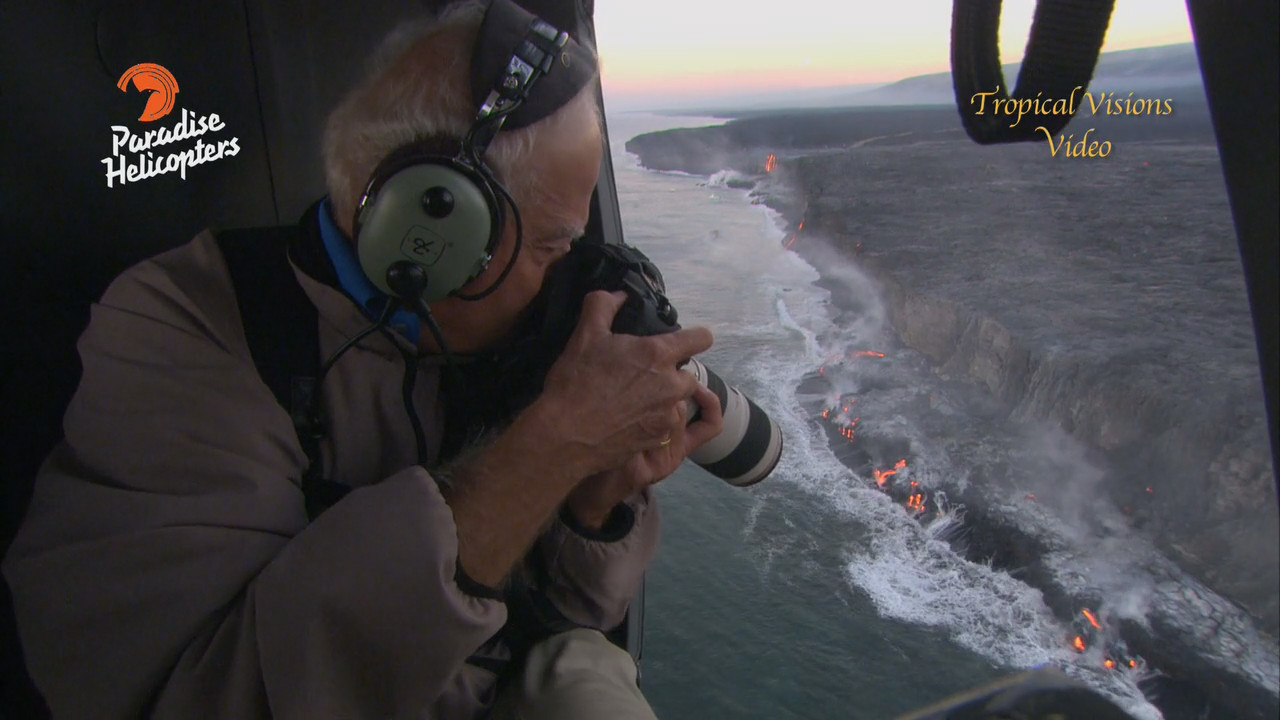