HAWAII VOLCANOES NATIONAL PARK (BIVN) - Spattering has recently been visible from the Jaggar Overlook inside Hawaiʻi Volcanoes National Park, as the lava lake was 39 feet below the floor of Halemaʻumaʻu.

The new Halema’uma’u Crater video was recorded on November 4, when spattering was active along the south margin of the lake, throwing small bits of molten debris 50 feet into the air.

“Spattering like this is common in the lake,” the USGS wrote in a video caption.

This spattering has recently been visible from the Jaggar Overlook inside Hawaiʻi Volcanoes National Park, which is open to the public.

Although no deflation-inflation events have been recorded at Kīlauea’s summit since October 29, scientists say “a very small amount of inflationary tilt has occurred over the last day,” and that the “elevation of the lake surface has remained steady over the past several days.”

The lava lake was 39 feet below the floor of Halemaʻumaʻu Crater when it was last measured Saturday evening. 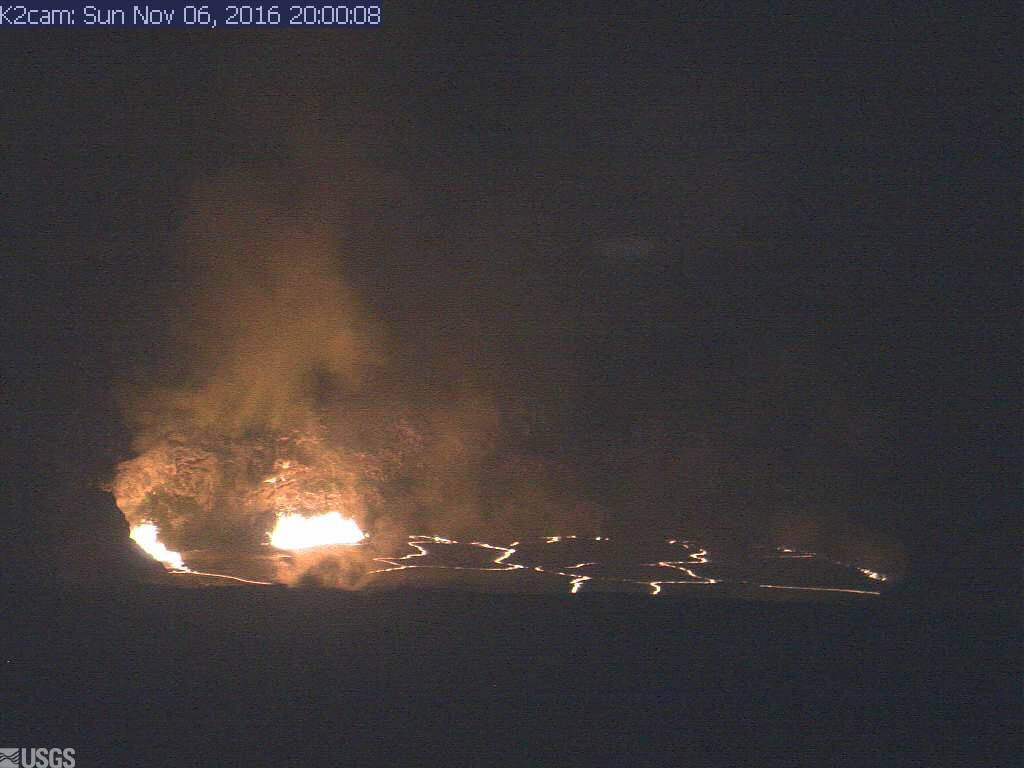 The lava lake was visible from webcams surrounding the crater. USGS reports seismicity is within normal, background rates. “Tremor amplitude continues to fluctuate as vigor of lava lake spattering waxes and wanes. Average daily summit sulfur dioxide emission rates as measured by the Flyspec array ranged from about 3,600 to 8,000 metric tons/day during the past week,” scientists say.