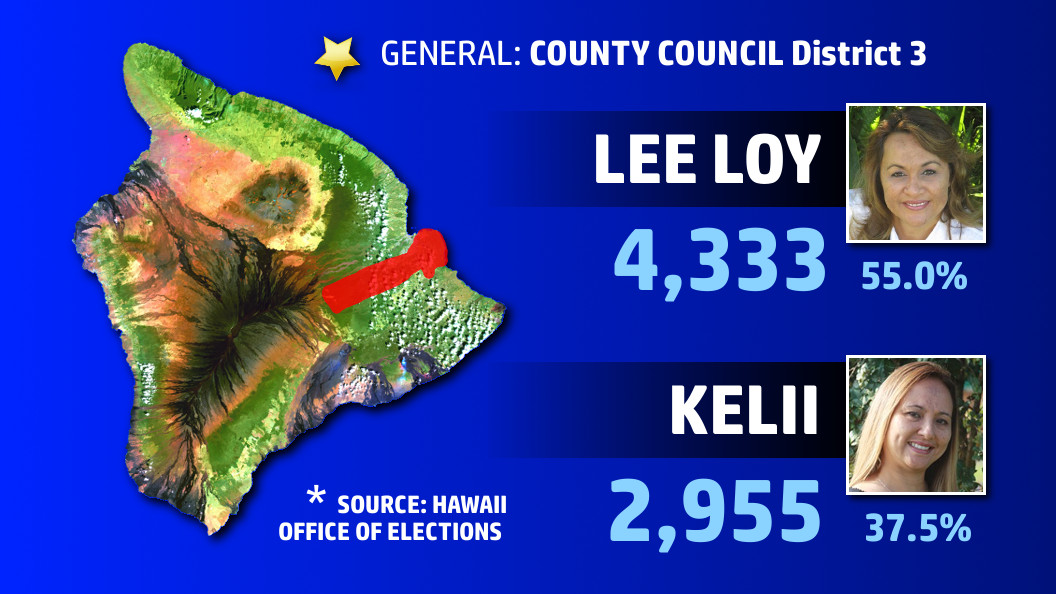 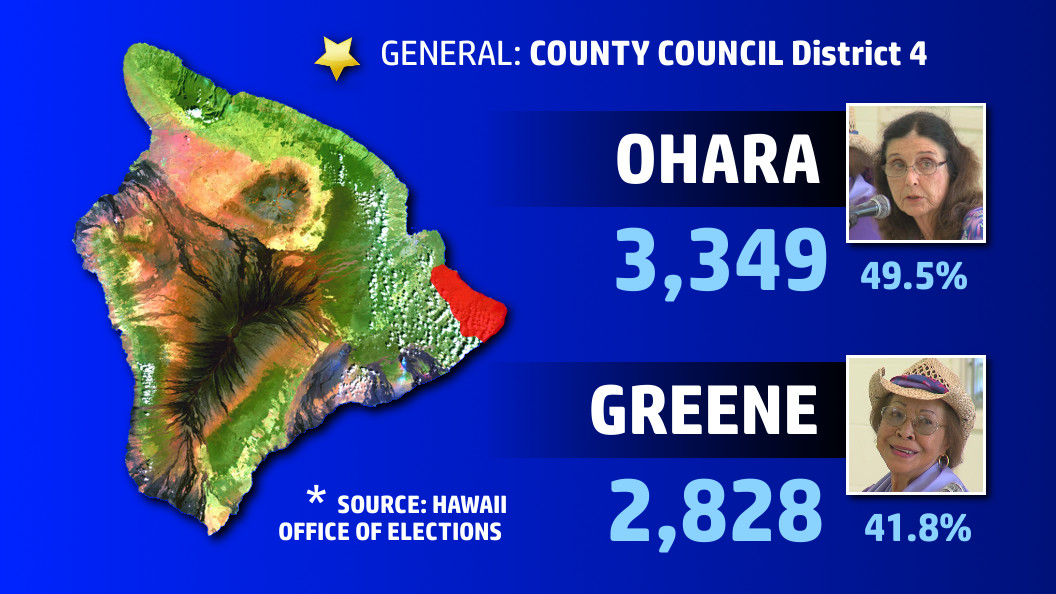 All four candidates gave the “closing arguments” for their campaigns on the stage of the Democratic Party Grand Rally in Hilo Monday night.