WAIPI'O VALLEY (BIVN) - The sail of the Wa'a Kana Lei Aloha, built by and for the community, was burned after it was left at the Waipio Valley Lookout. 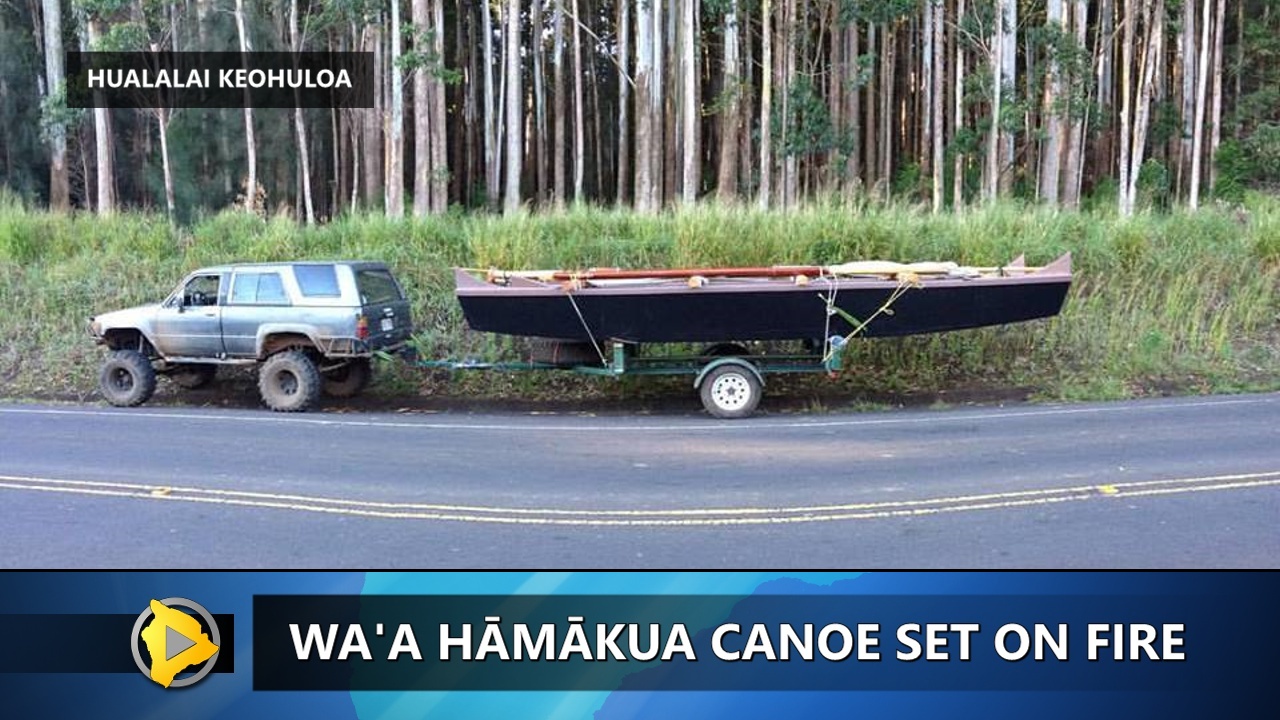 WAIPI’O VALLEY – A canoe built by and for the Hāmākua community has been vandalized.

The pe’a – or sail – of the vessel was recently set on fire, however the canoe was not destroyed, reports Wa’a Hāmākua founder Hulalai Keohuloa.

The double-hulled sailing canoe named Wa’a Kana Lei Aloha was left at the Waipio Valley Lookout, on display after being fully assembled following a year and a half of community work and a crowdfunding campaign. It had yet to officially launch into the sea.

Keohuloa recorded video of his sad discovery and posted it to social media. He said he believes he knows who may be responsible for the act, but did not name anyone. Most Waipio Valley residents and organizations have embraced his effort to bring the symbol of Hawaiian culture to the valley, he says, although there have been a few that have had trouble understanding the intent.

The community has already rallied in support of Wa’a Hāmākua, which needs only a few repairs to recover from the apparent act of vandalism. Keohuloa is remaining positive about the event, using it as a moment to learn and teach.


Hualalai Keohuloa talked about the Wa’a Hamakua project in June 2015. As an active participant in the Ku Kia’i Mauna movement, Keohuloa was asked to present during the Thirty Meter Telescope / Mauna Kea Common Ground series. Video by David Corrigan.