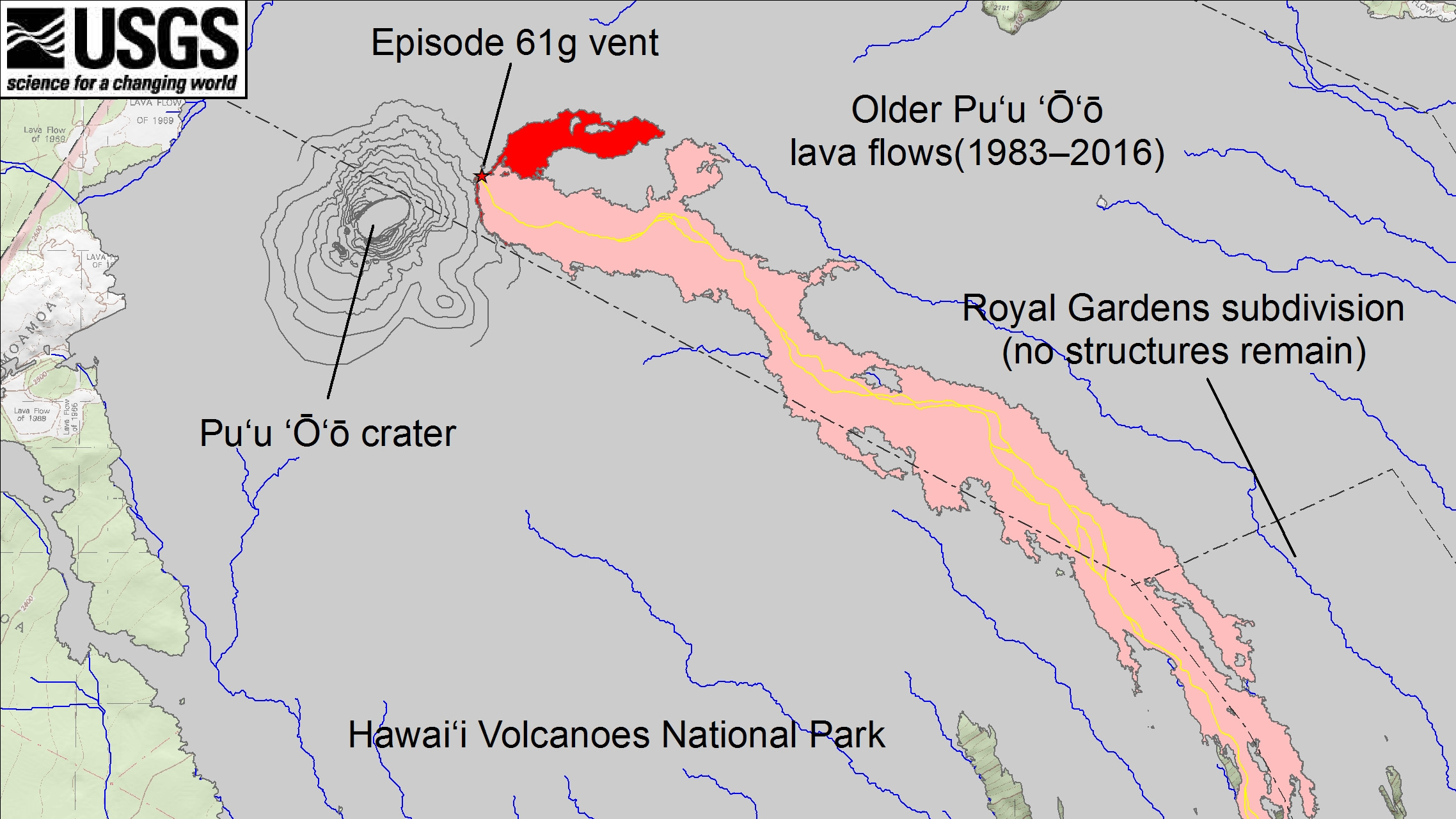 HAWAII ISLAND (BIVN) - Topography to the north and east of the 61g breakout is beginning to shunt that branch of lava toward the southeast, USGS reports. 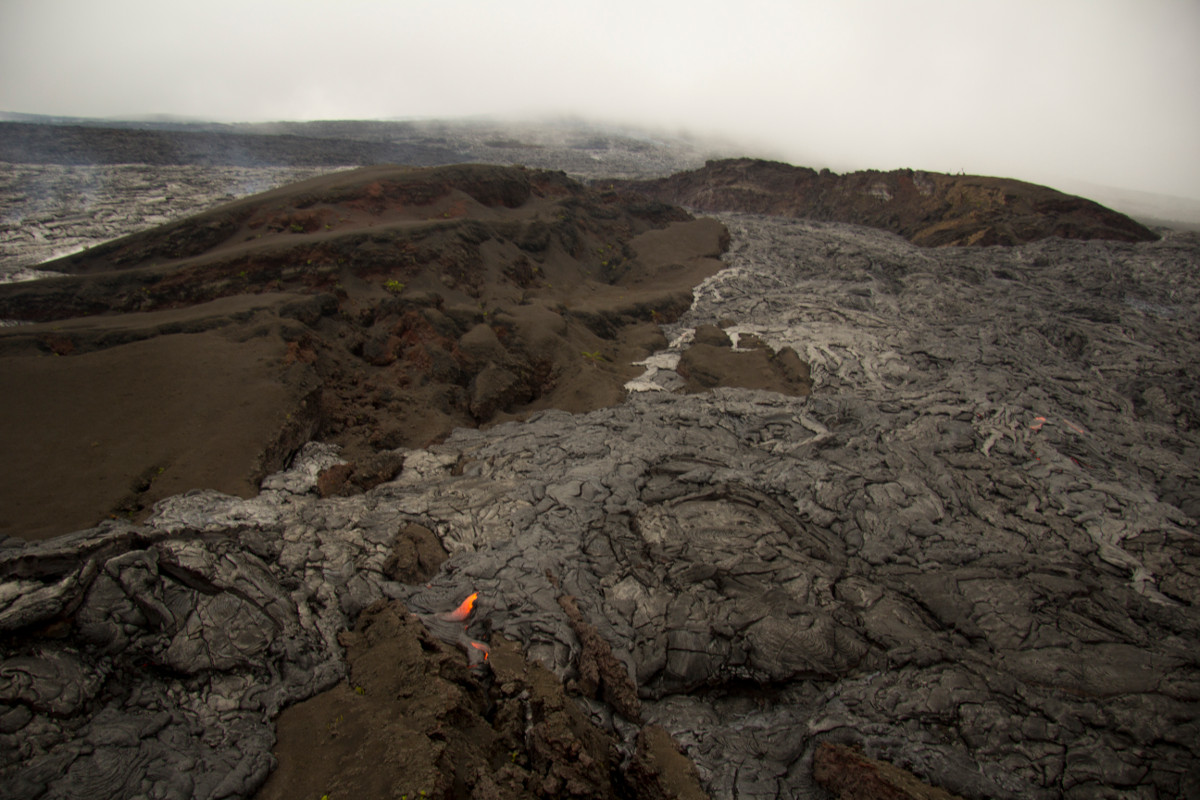 In this USGS photo of the breakout, a webcam , looking upslope toward Puʻu ʻŌʻō, is visible at the top of the cone near the upper right. Puʻu ʻŌʻō is shrouded by clouds in the background at the top of photo.

HAWAII ISLAND – The lava breakout from the episode 61g vent on the flank of Puʻu ʻŌʻō crater that began on November 21 has been mapped by scientists.

The breakout was still active when observed on November 29, reports the USGS Hawaiian Volcano Obsevatory, and had traveled about 0.8 miles, “partly surrounding Puʻu Halulu, a tephra cone formed in 1983 at the start of the Puʻu ʻŌʻō eruption.” 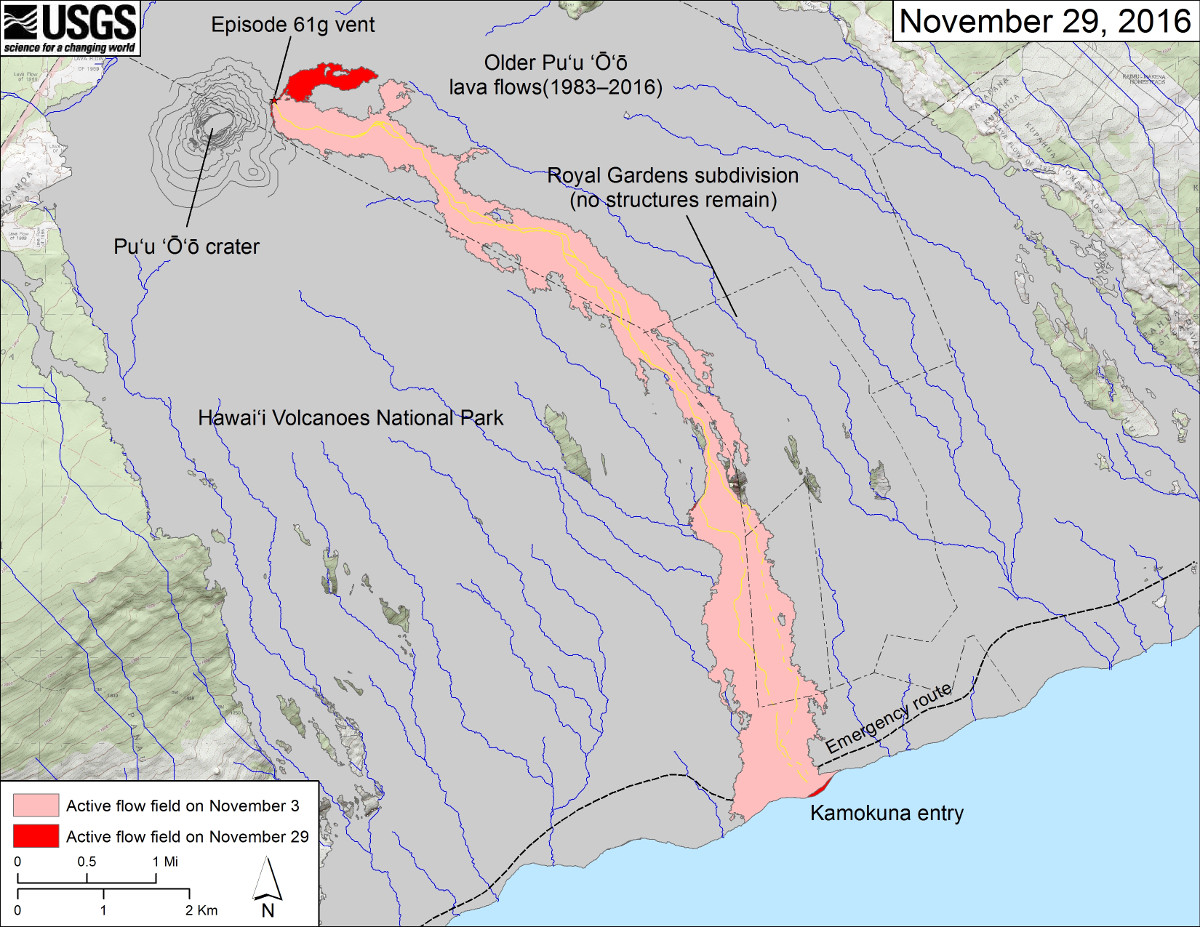 This USGS map shows recent changes to Kīlauea’s East Rift Zone lava flow field. The area of the active flow field as of November 3 is shown in pink, while widening and advancement of the active flow as of November 29 is shown in red. The new flow branch east of Puʻu ʻŌʻō started from a breakout at the episode 61g vent on November 21. Older Puʻu ʻŌʻō lava flows (1983–2016) are shown in gray. The yellow lines (dashed where uncertain) show the mapped trace of lava tubes as determined from aerial thermal imaging and ground mapping.

In this morning’s activity update, the USGS said topography to the north and east of the breakout is beginning to shunt that branch of lava toward the southeast.

Meanwhile, lava also continues to travel through the original branch of the episode 61g flow, and is still entering the ocean at Kamokuna. “Activity at the ocean entry has been concentrated on the eastern side of the delta,” scientists reported today. “In addition, two small active breakouts were observed yesterday – one at the base of the Pūlama pali and the other on the coastal plain about 1 km (0.6 km) inland from ocean.” 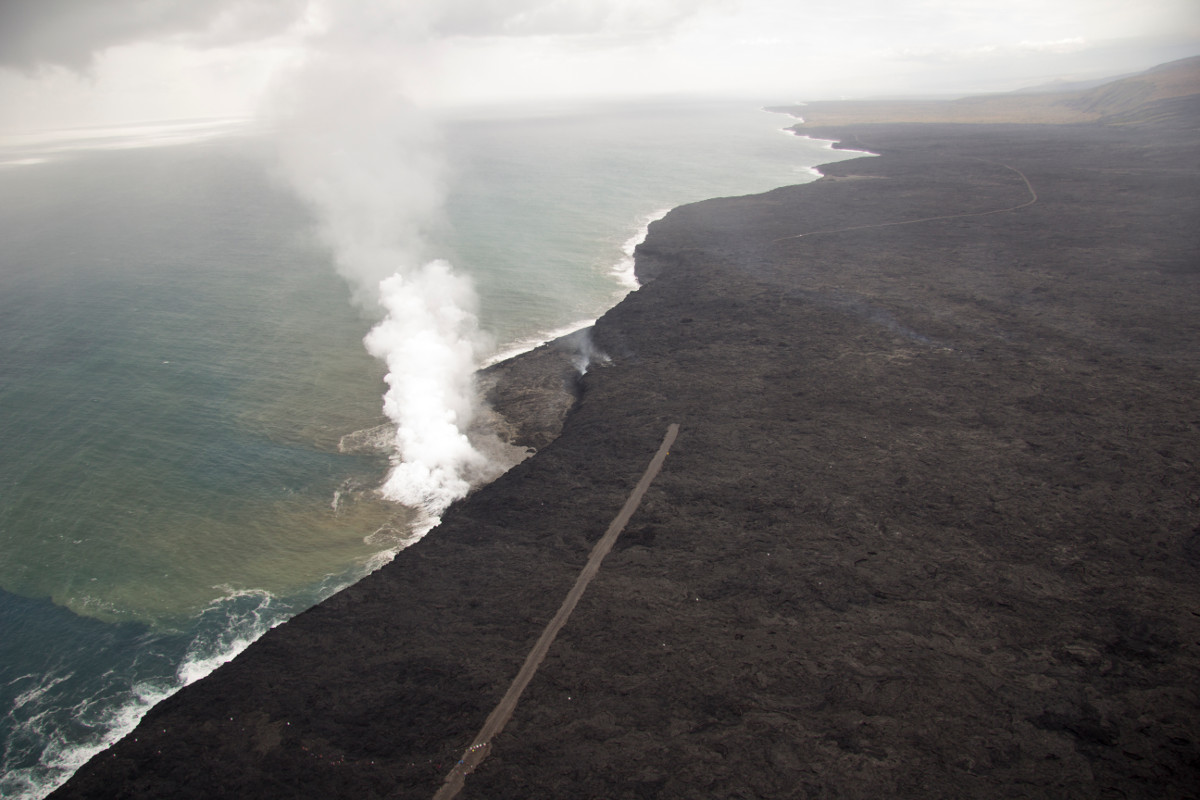 A lava delta about 19 acres in size has been built by the lva flow, USGS reports. The gravel emergency access road is visible on both sides of the surface flow that cut it. The view is to the southwest.