MAUNA KEA (BIVN) - The county has completed repairs and improvements to the cabins, dining hall, and other facilities as well as new roadways and walkways. 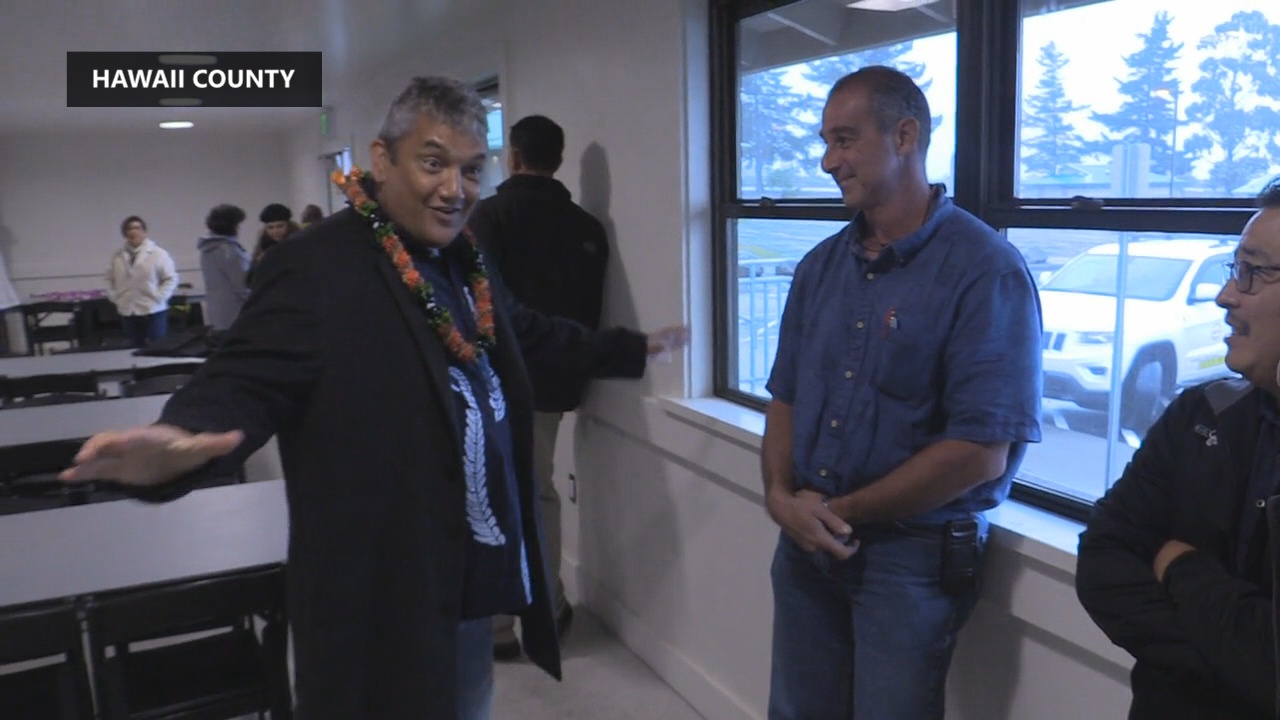 Mayor Kenoi speaks to those in attendance on Thursday.

A dedication ceremony was held at the park, located near the 34-mile marker of the Daniel K. Inouye Highway (aka Saddle Road), beneath a snow covered Mauna Kea.

On July 1, 2014, County assumed management of the former Mauna Kea State Recreation Area from the State of Hawai‘i and immediately commenced with extensive renovations. The County has spent $11 million on improvements. At first the county tackled lighting enhancements, removed dead trees, fumigated, and installed of new picnic areas. Then in the summer of 2015 a new playground was dedicated.

Now, the latest phase of work has been completed: repairs and improvements to the cabins, dining hall, and other facilities as well as new roadways, walkways, walking paths, fitness equipment, lighting, and other amenities. GW Construction and a number of sub-contractors completed the work, the county says.

“When you ask for something, local style, there’s kuleana that comes with that,” Mayor Billy Kenoi told those in attendance. “How dare us let our kupuna travel 60, 70 miles with no place to wash hands or use bathroom? No place for our children to stop, laugh and play?”

State Senator Kaialiʻi Kahele, whose father – the late Senator Gil Kahele – along with Senator Mālama Solomon paved the way for the state park to be turned over to the County. Governor Neil Abercrombie signed an executive order to do so in 2014.