POHAKULOA (BIVN) - The U.S. Army plan was produced as a condition to a Nuclear Regulatory Commission license for the possession of depleted uranium, used at the facility decades ago. 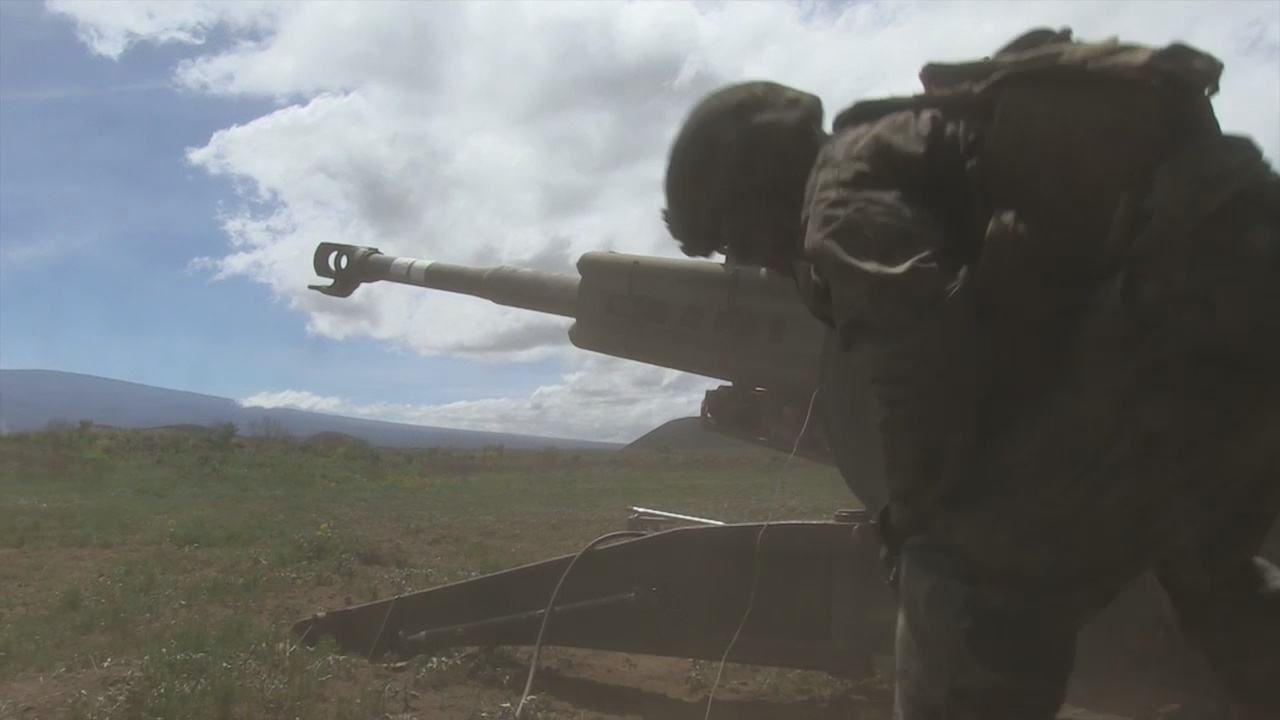 POHAKULOA, Hawaii – A site-specific Environmental Radiation Monitoring Plan has been finalized for the Pohakuloa Training Area.

The U.S. Army had to develop the plan in order to comply with Nuclear Regulatory Commission license conditions for the possession of depleted uranium – also called D.U.

The DU spotting rounds and fragments were scattered at PTA as a result of the use of the 1960s-era Davy Crockett weapons system.

The plan hopes to identify potential routes for DU transport and describe the monitoring approach to detect any off-installation migration, the Army says. 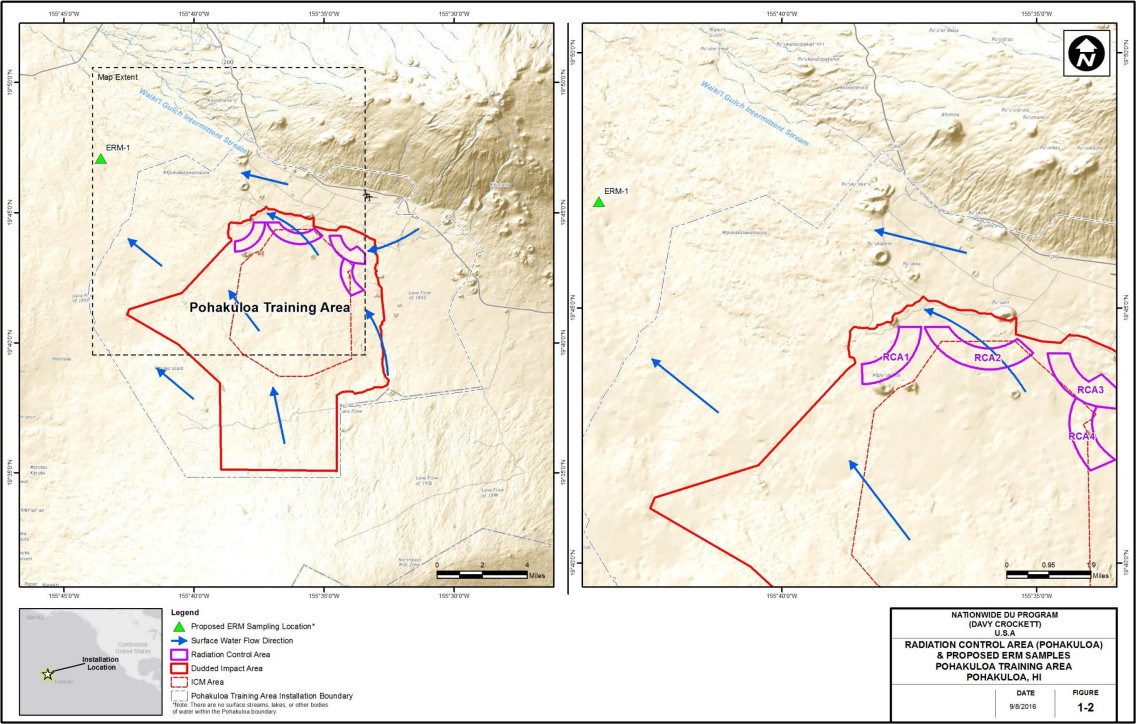 This map of Pohakuloa, found in the plan, shows the radiation control areas in purple. The green triangle is the proposed Radiation Monitoring sample location. Co-located surface water and sediment samples will be gathered, the Army says.

The blue arrows indicate the direction of surface water flow, according to the Army. The sample location was selected based on the surface water hydrology.

The Army does not plan to sample groundwater at PTA, because they say the depth and limited precipitation make it unlikely that DU would migrate into the groundwater.

The Army plans to sample quarterly unless prevented by weather.

The controversy over DU heated up several years ago, when the Army admitted to the past use of Davy Crockett weapons system at PTA. In 2008, the Hawaii County Council even passed a resolution calling for the halt of live fire exercises at PTA until the hazards are mitigated.