HAWAII VOLCANOES NATIONAL PARK (BIVN) - Five visitors were nearly killed when they ducked beneath the white rope closure line and made a beeline for the coastal cliffs, officials say. 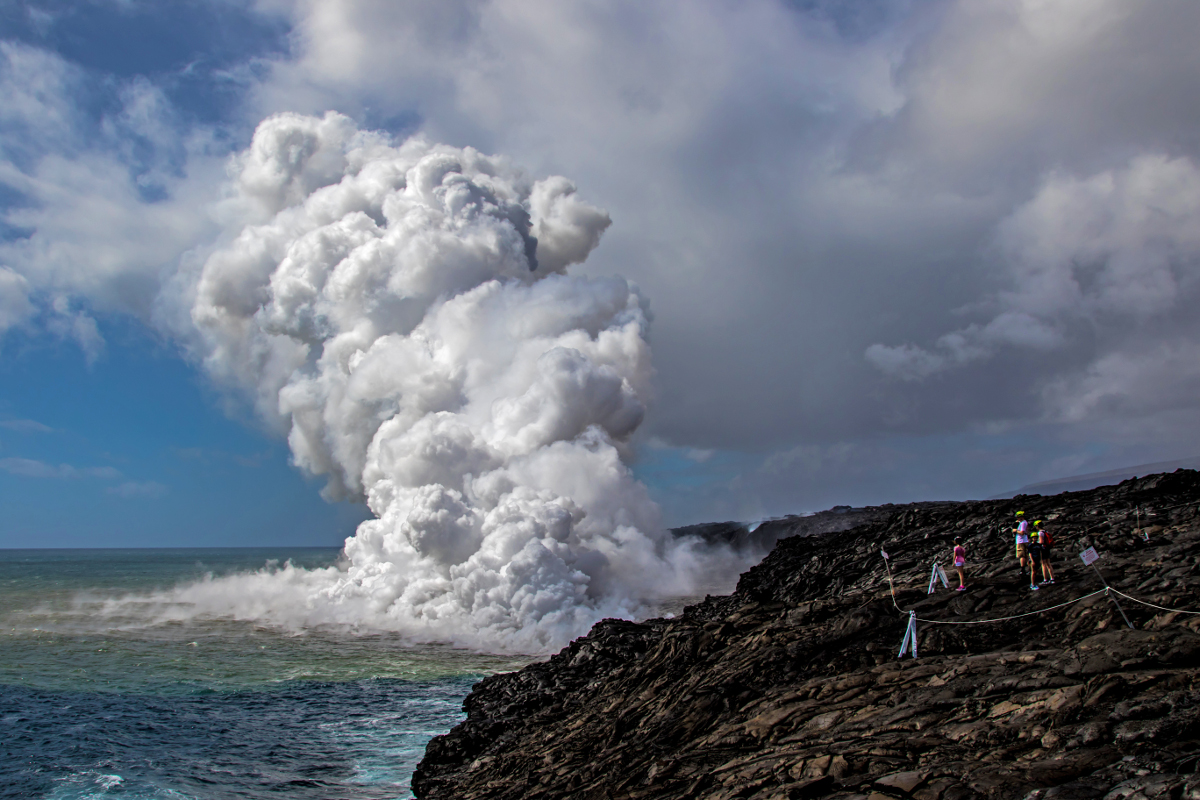 NPS Photo of the delta collapse that occurred on December 31, 2016.

HAWAII VOLCANOES NATIONAL PARK – A big collapse of the lava delta at the Kamokuna ocean entry has forced the closure of the public viewing area within Hawai‘i Volcanoes National Park.

Officials report a large section of the 26-acre lava delta formed by the 61g lava flow collapsed into the ocean around 2:45 p.m. on December 31, “launching showers of volcanic rock into the air, and creating a flurry of large waves that eroded away a portion of the older sea cliff and viewing area,” a National Park Service media release stated.

A large crowd witnessed the event; a fantastic New Year’s Eve sight. But it could have been tragic.

“Although park rangers temporarily closed the Kamokuna lava viewing area last night, five visitors ducked beneath the white rope closure line and made a beeline for the coastal cliffs around 7 p.m. on New Year’s Eve,” the National Park Service reported. “Eruption Crew Ranger Travis Delimont and a co-worker had to chase after them before they turned around. Within 15 minutes, the section of cliff where the visitors were standing crashed into the ocean.”

“It was a really close brush with death for them,” Ranger Delimont said. “Luckily, they finally listened to us and turned around in time,” he said.

Now, on the first day of the new year, the lava viewing area will remain closed until it is determined safe to reopen. The County of Hawaii also closed the Kalapana access to the park.

“Rangers on duty New Year’s Day reported that the former viewing area is gone,” the NPS says, “and that loud cracks continue to be heard throughout the unstable area.” 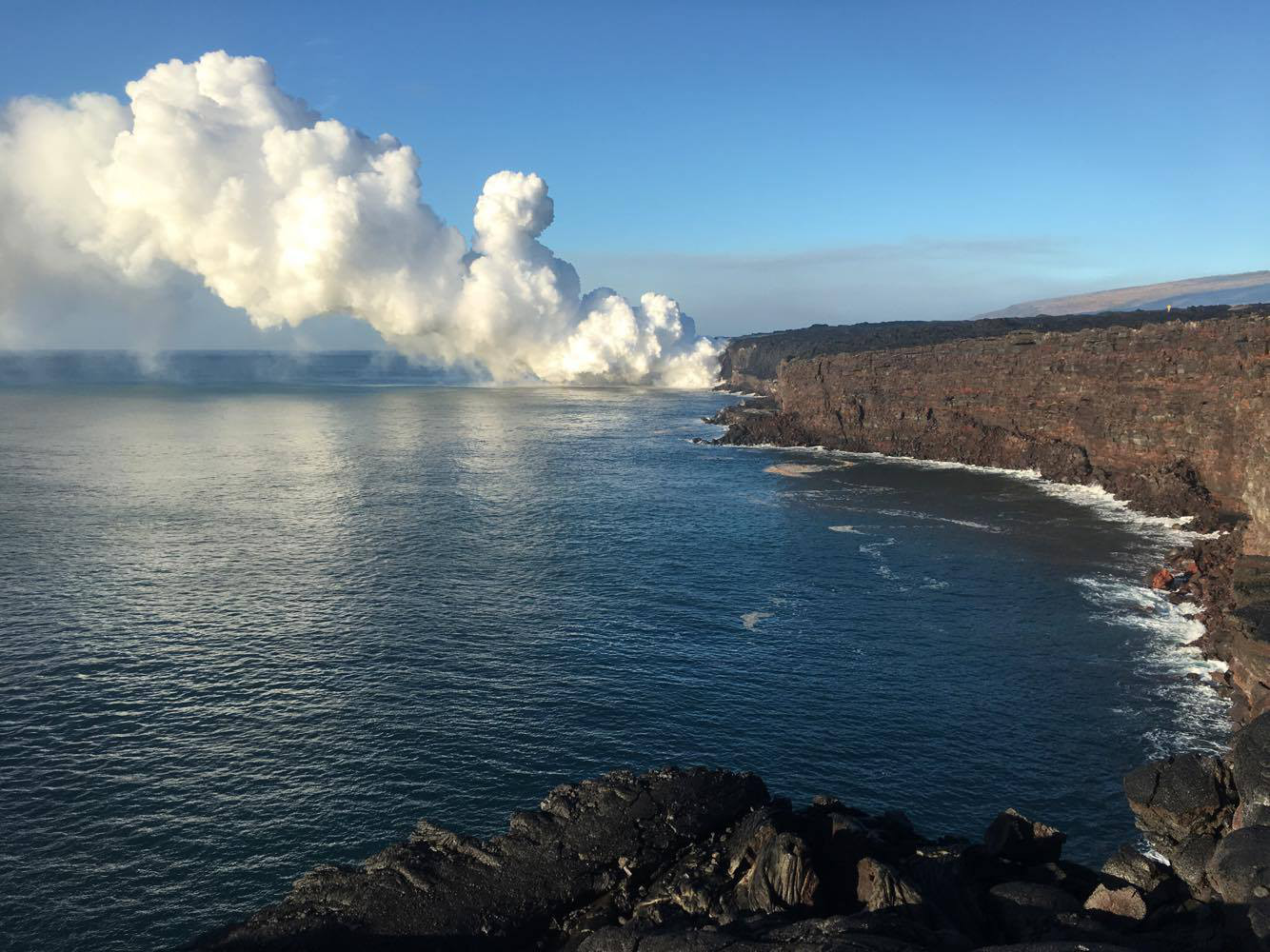 The view of the area today, taken by John Tarson of Epic Lava Tours.

Park rangers and USGS Hawaiian Volcano Observatory scientists are surveying the area. The lava viewing area will remain closed until it is determined safe to reopen.

“Fortunately, there were no aircraft or boats reported in the area at the time of the collapse, nor were any visitors on the delta itself, which is closed for public safety,” said Park Superintendent Cindy Orlando. “Had anyone been close by on land, water or air, lives would have surely been lost,” she said.

There is a temporary flight restriction of 1,000 feet above ground level at the Kamokuna ocean entry.

“Lava deltas are extremely hazardous volcanic features and are formed when lava enters the ocean and builds new land on loose and unstable substrate,” park officials warn. “In addition to the threat of collapse, lava entering the ocean produces a highly a corrosive plume of hydrochloric acid and volcanic particles that irritate the lungs, skin and eyes. Visitors are strongly urged to stay out of closed areas and heed all posted warning signs.”