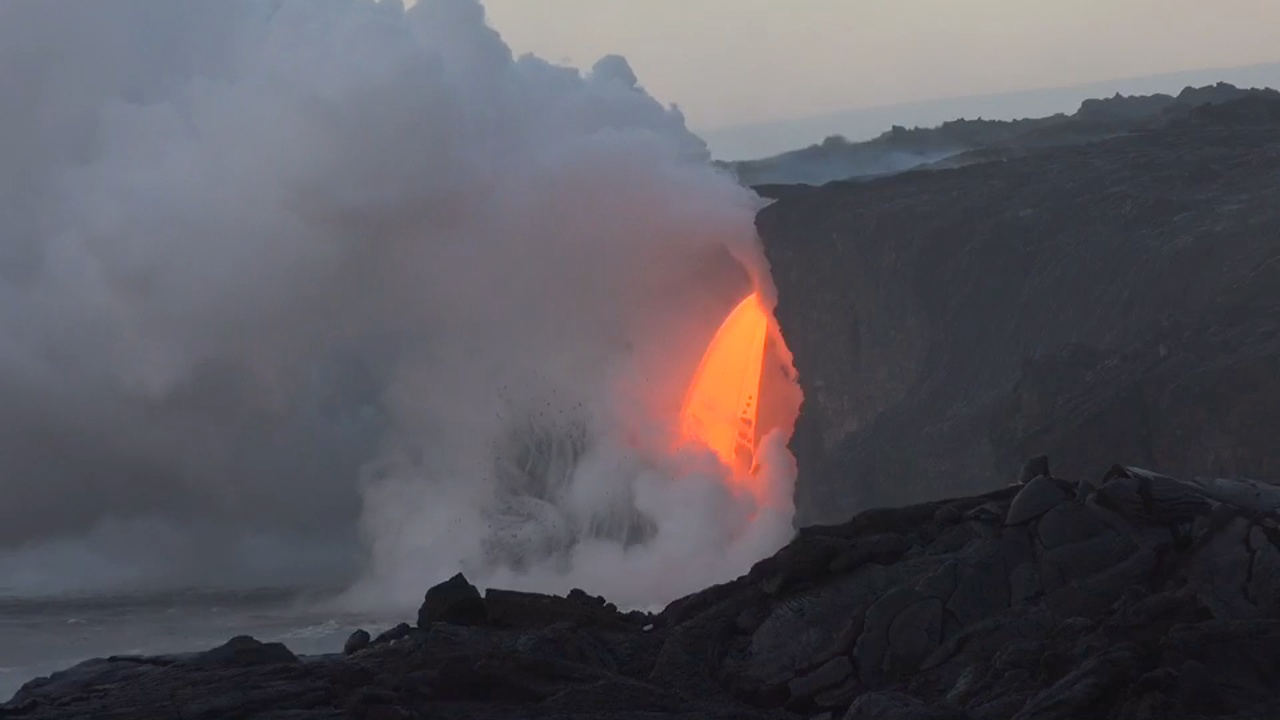 HAWAII VOLCANOES NATIONAL PARK – The river of molten lava continues to pour into the ocean at Kamokuna within Hawaii Volcanoes National Park, thrilling visitors who take the 4 mile hike out to witness the spectacle.

The stream of lava is a couple of yards wide, and is falling out of an open lava tube that was severed by a New Years Eve delta collapse.

The lava is also “triggering pulsating explosions that are throwing bits of lava onto the top of the sea cliff,” scientists with the USGS Hawaiian Volcano Observatory noted in a recent update.

John Tarson of Epic Lava Tours captured some of the recent action and shared it (video above). Tarson has been live-streaming some his visits to the ocean entry on his Facebook page.

The above video also includes some of the overflight video recorded by the USGS on January 25.

The lava is part of the 61g flow that is erupting from a vent on the flank of Puʻu ʻŌʻō on Kilauea volcano’s East Rift Zone, miles away.

Scientists note that although the lava continues to plunge into the sea, significant delta development has not been observed. “Very steep bathymetry may be inhibiting reformation since the New Year’s Eve collapse event,” scientists theorize.

The USGS notes that dangers associated with the ocean entry persist. “Thermal images show an area of high temperature about 5-10 m (16-33 ft) from the edge of the sea cliff,” scientists write, “with hot cracks running parallel to the sea cliff around the entry point, suggesting sea cliff instability.” 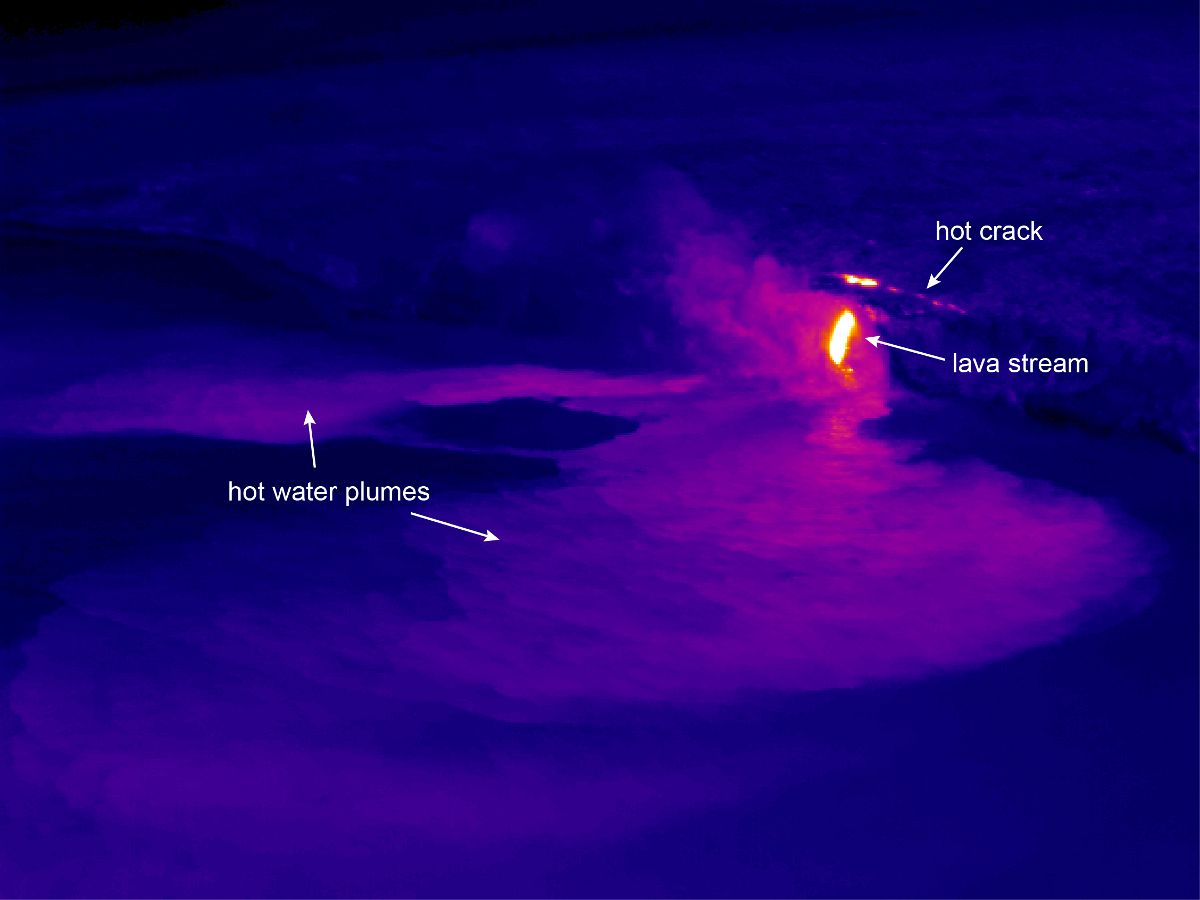 (USGS) This thermal image shows the Kamokuna ocean entry. Two plumes of hot (scalding) water branch out from the entry point. The lava stream itself is the very hot feature right of center. Just above the lava stream, about 10 meters (yards) behind the sea cliff, is a narrow line of high temperatures that appears to be a hot crack. This hot crack suggests that the sea cliff around the entry point is unstable and has the potential to collapse. 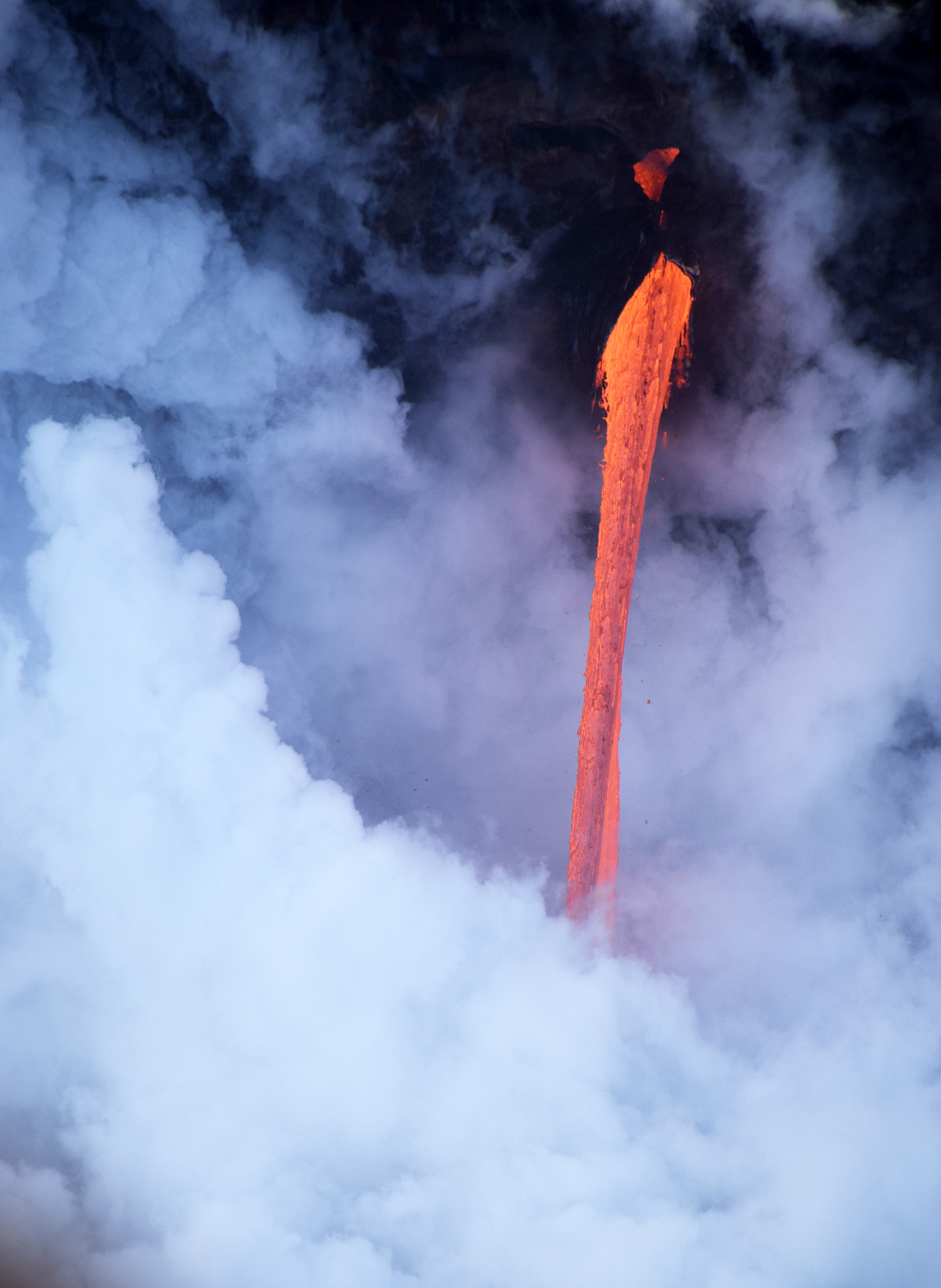 (USGS) A close up of the lava stream pouring out of the tube and directly into the Pacific Ocean.