HILO (BIVN) - The Friends of Liliʻuokalani Park and Gardens are thrilled that the landmark red bridge is featured on a new U.S postal stamp.

HILO, Hawaii – For the first time, a United States Postal Service stamp is featuring a landmark from Hilo.

The red bridge at Liliʻuokalani Park and Gardens is depicted in the new stamp issued in 2017.

It’s also the first time a scene from a Japanese Garden has been featured on a US stamp as well. 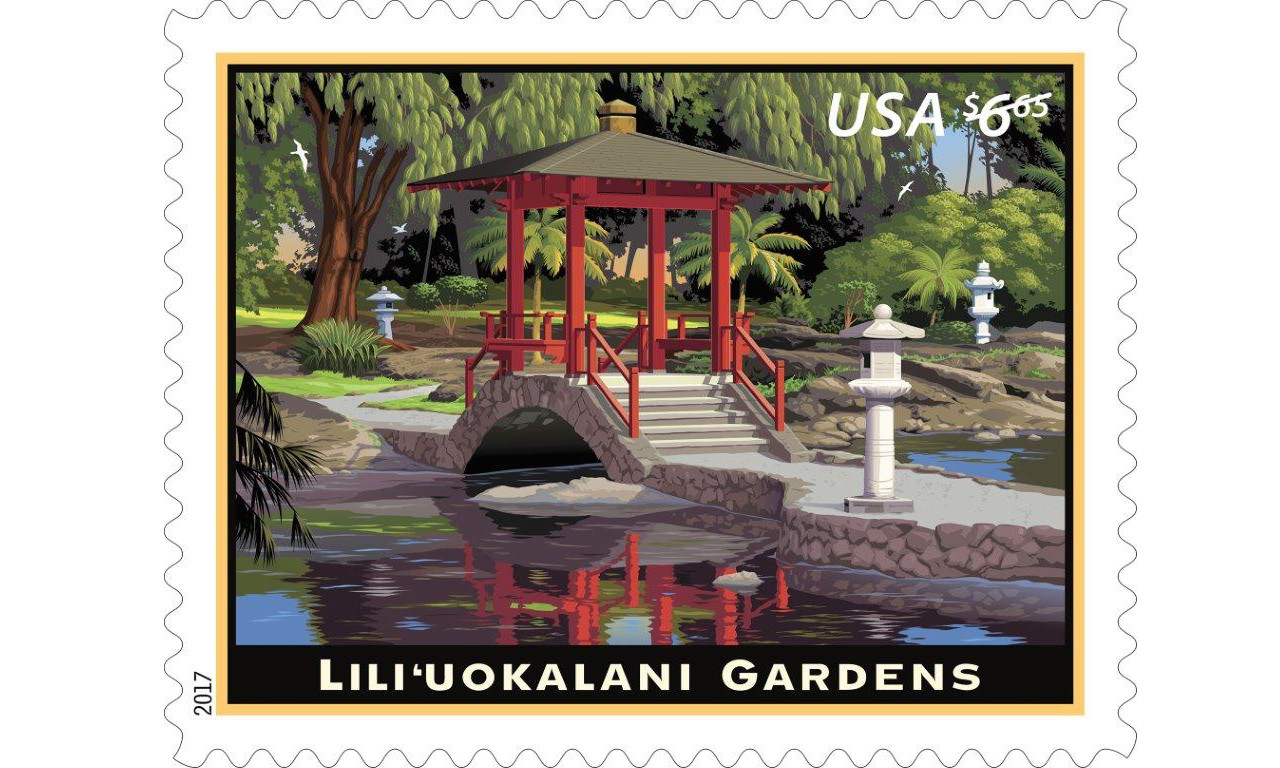 From the U.S. Postal Service:

This Priority Mail stamp is being issued to coincide with the 100th anniversary of Lili‘uokalani Gardens in Hilo, Hawai‘i. Built on land donated by Queen Lili‘uokalani (1838–1917), the last Hawaiian monarch to govern the islands, the gardens were dedicated in 1917 and named in her honor. Hilo’s Lili‘uokalani Gardens are Japanese in style with influences of Hawaiian remains of lava flows, plantings of tropical trees and flowers, and a view of the Mauna Kea volcano — Hawai‘i’s highest point. The stamp art features one of the gardens’ most iconic structures, the red wooden shelter on a stone bridge spanning a portion of the pond. The bridge is surrounded by three stone lanterns and lush tropical plants. Art director Greg Breeding designed the stamp with original art by Dan Cosgrove.

We recently discussed the new stamp in a video interview with K.T. Cannon-Eger, who is heavily involved in the effort to preserve and promote the Hilo gardens by Banyan Drive.