HILO (BIVN) - The land, prioritized by the Public Access, Open Space, and Natural Resources Preservation Commission, is seen as an important part of the push to acquire Hakalau Point. 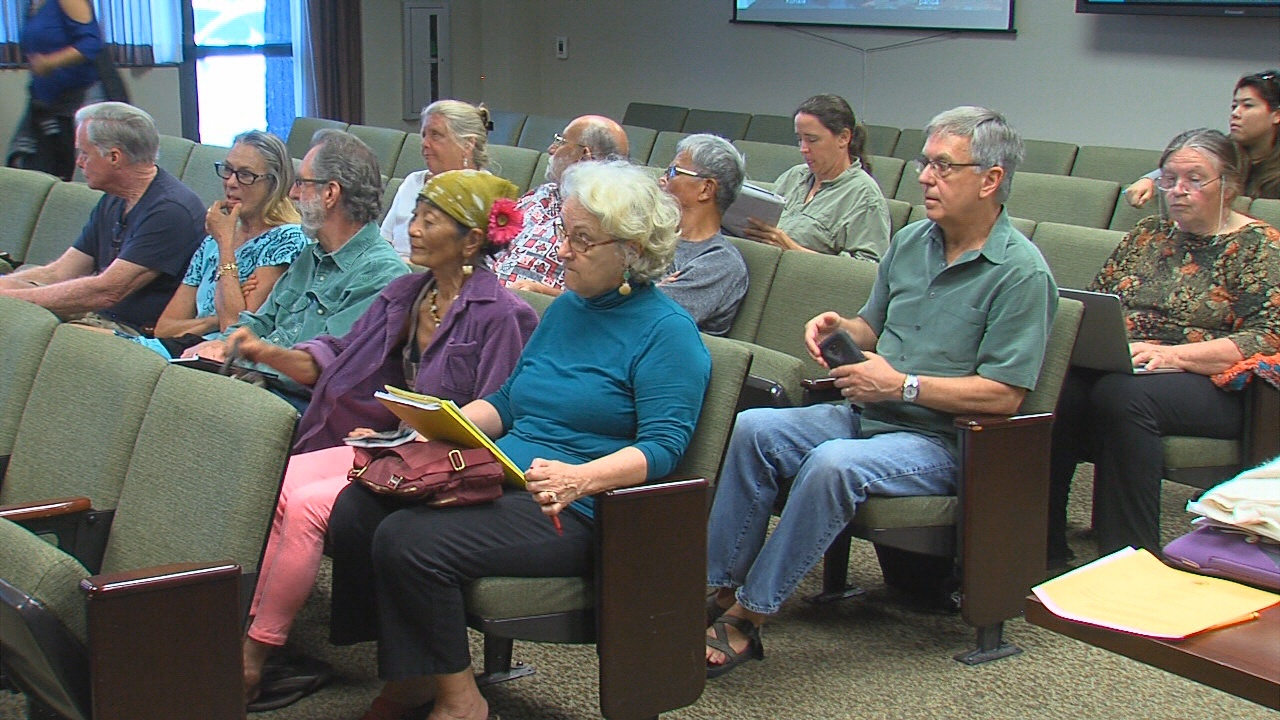 Residents of Hakalau in attendance for the March 7 committee meeting

HILO, Hawaii – The preservation of lands in Hakalau was once again on the Hawaii County Council agenda.

A new resolution, 87-17, authorizing the county to negotiate for the purchase of Hakalau Valley went before the Council Finance Committee on March 7.

The valley was ranked 6th on the prioritized list of lands to be considered for acquisition using Public Access, Open Space, and Natural Resources Preservation funds (PONC), as submitted by the PONC Commission in its 2016 Annual Report to the Mayor. 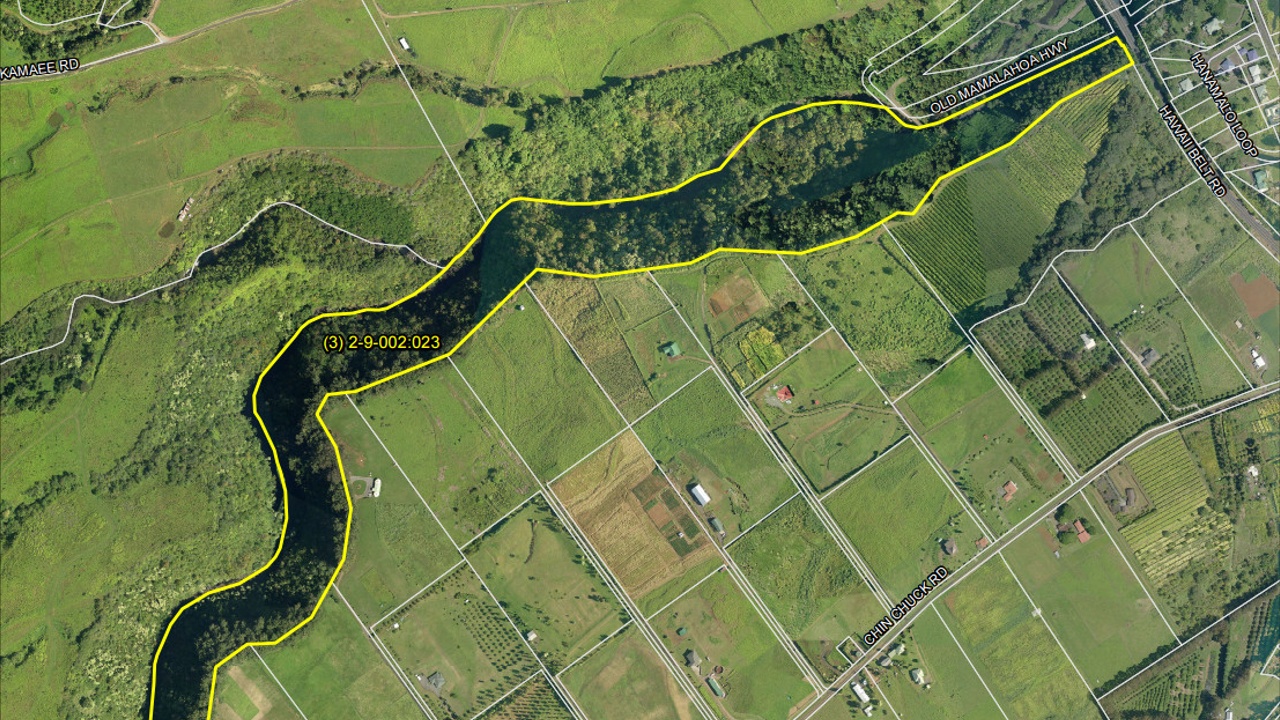 Hakalau Valley, from the PONC Commission in its 2016 Annual Report to the Mayor.

Hakalau Valley was the site of a significant battle which took place between the armies of King Kamehameha I and the warriors of Kahekili of Maui, according to the council resolution. The Kamehameha I victory was a pivotal point in solidifying his position of power.

However, the proposal has additional significance.

“Last year at this time I testified in support of a companion resolution related to Hakalau Point,” stated Susan Forbes, a resident of the area and a part of the Hakalau Point Preservation Association. “As you know, the landowner, the Shropshire Group, stated its willingness to sell Hakalau Point to the county only in conjunction with the valley. So subsequently we submitted the suggestion form to PONC and that brings us to this resolution, which of course we support.” 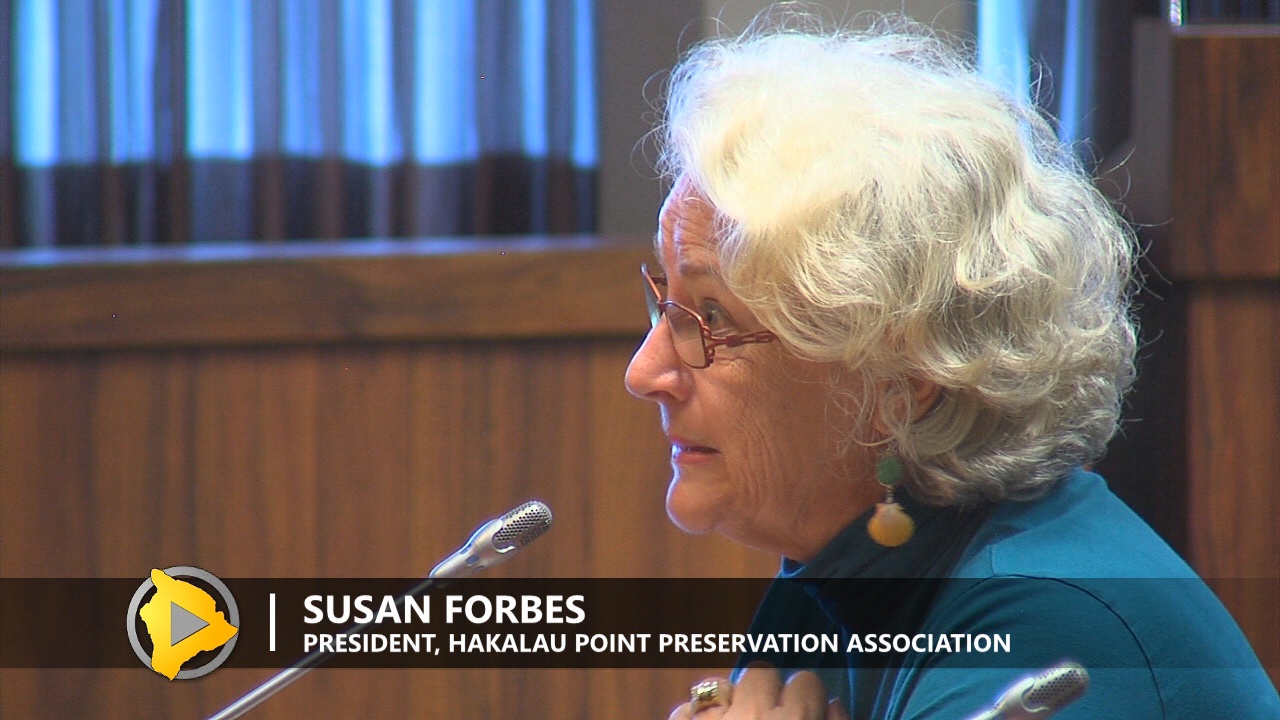 Forbes testified, “it’s a continuation of the process but it’s also our good faith effort to honor the landowners’ requirements.”

“We’ve done considerable study of the history of the area and learn more and more about the importance of the valley and Hawaiian history,” Forbes said. “It’s certainly worthy of protection.”

Resolution No. 535-16, authorizing the Director of Finance to enter into negotiations for the acquisition of Hakalau Point, was adopted by the Council on June 15, 2016.

The resolution will next go to the full council for approval.