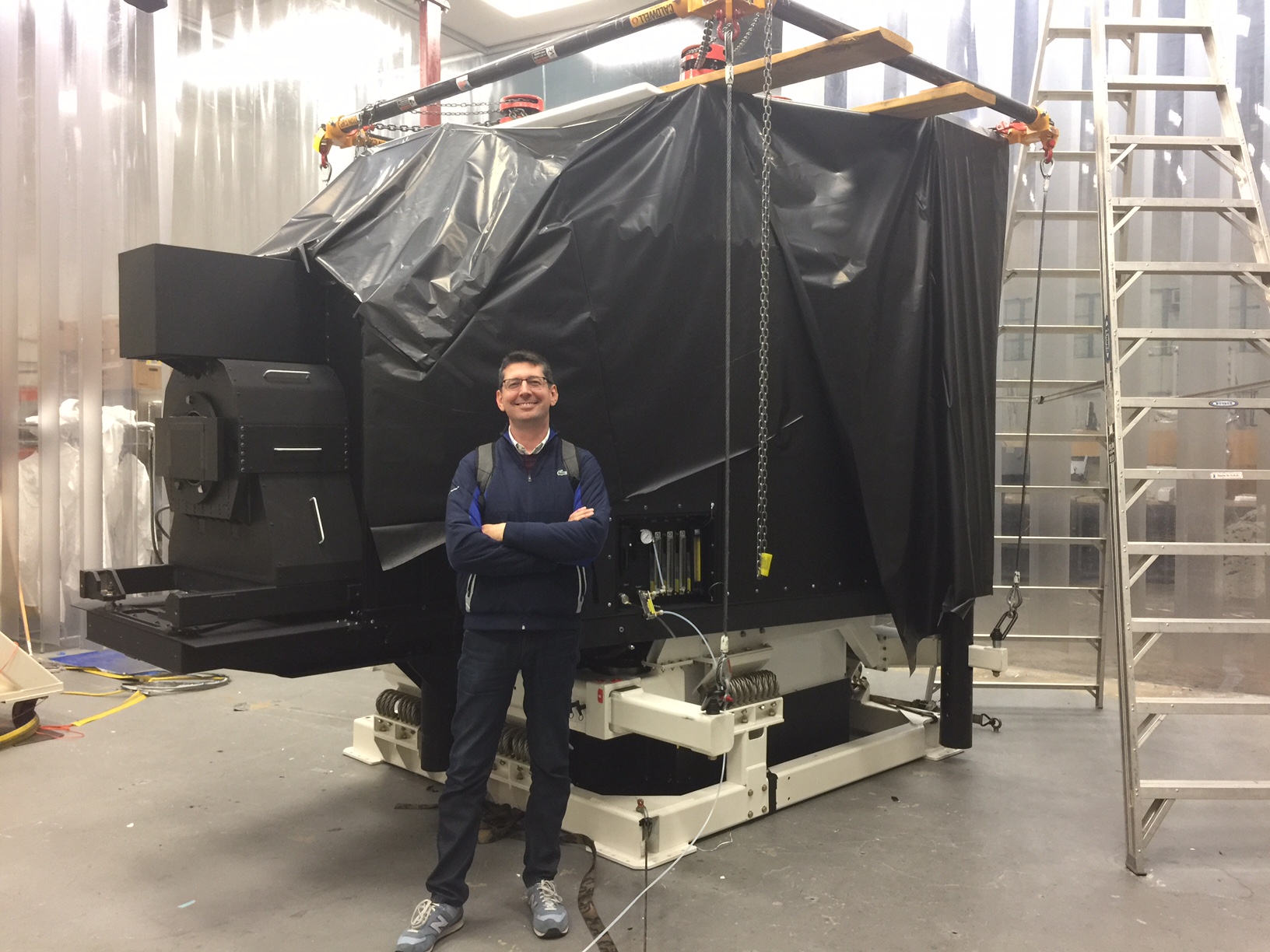 Maunakea, Hawaii – W. M. Keck Observatory overnight captured the very first successful science data from its newest, cutting-edge instrument, the Keck Cosmic Web Imager (KCWI). KCWI captures three-dimensional data, as opposed to the traditional two-dimensional image or spectrum of conventional instruments. In a single observation, it records an image of the object at multiple wavelengths allowing scientists to explore both the spatial dimension (as in an image) and the spectral dimension (or color) of an object.

“I’m thrilled to see this new instrument,” said Keck Observatory Director Hilton Lewis. “It takes years to design and build these very sophisticated instruments. KCWI is a superb example of the application of the most advanced technology to enable the hardest science. I believe it has the potential to transform the science that we do, and continue to keep Keck Observatory right at the forefront of astronomical research.”

KCWI is extremely sensitive, specifically designed to capture high-resolution spectra of ultrafaint celestial bodies with unprecedented detail. It is able to differentiate even the slightest changes in spectral color with a great degree of accuracy.

This powerful capability is key for astronomers because a highly detailed spectral image allows them to identify a cosmic object’s characteristics, including its temperature, motion, density, mass, distance, chemical composition, and more.

KCWI is designed to study the wispy currents of gas that connect galaxies. The ability to study this “cosmic web” is the driving principle behind KCWI’s design. However, it will also be used to study many other astronomical phenomena including young stars, evolved stars, supernovae, star clusters, and galaxies.

“I’m incredibly excited. These moments happen only a few times in one’s life as a scientist,” said Principal Investigator Christopher Martin, physics professor at Caltech who developed the concept of KCWI. “To take a powerful new instrument, a tool for looking at the universe in a completely novel way, and install it at the greatest observatory in the world is a dream for an astronomer. This is one of the best days of my life.”

Martin flew in from California to join the Keck Observatory team as they worked to achieve the milestone moment last night. At 2:30 a.m. this morning, KCWI successfully achieved first light, with a spectral image of an exquisitely dense core of an ancient astronomical relic showcasing the highest spectral resolving power and spatial resolution of the instrument.

“I can easily say that this is a crowning achievement, the most important day of my career,” said Keck Observatory support astronomer Luca Rizzi. “This is an instrument that is breaking records in so many ways, and I’m really happy that we can now share this excitement with everyone who is passionate about astronomy.”

Martin and his Caltech team, in collaboration with University of California, Santa Cruz, and industrial partners, designed and built the five-ton instrument – about the size of an ice cream truck – then shipped it to Hawaii Island on January 20. Since then, Keck Observatory’s team has been working diligently to install and test KCWI on Keck II, one of the twin 10-meter Keck Observatory telescopes.

“KCWI will really raise the bar in terms of Keck Observatory’s capabilities,” said Anne Kinney, chief scientist at Keck Observatory. “I think it’ll become the most popular instrument we have because it will be able to do a great breadth of science, increasing our ability to understand and untangle the effects of dark matter in galaxy formation.”