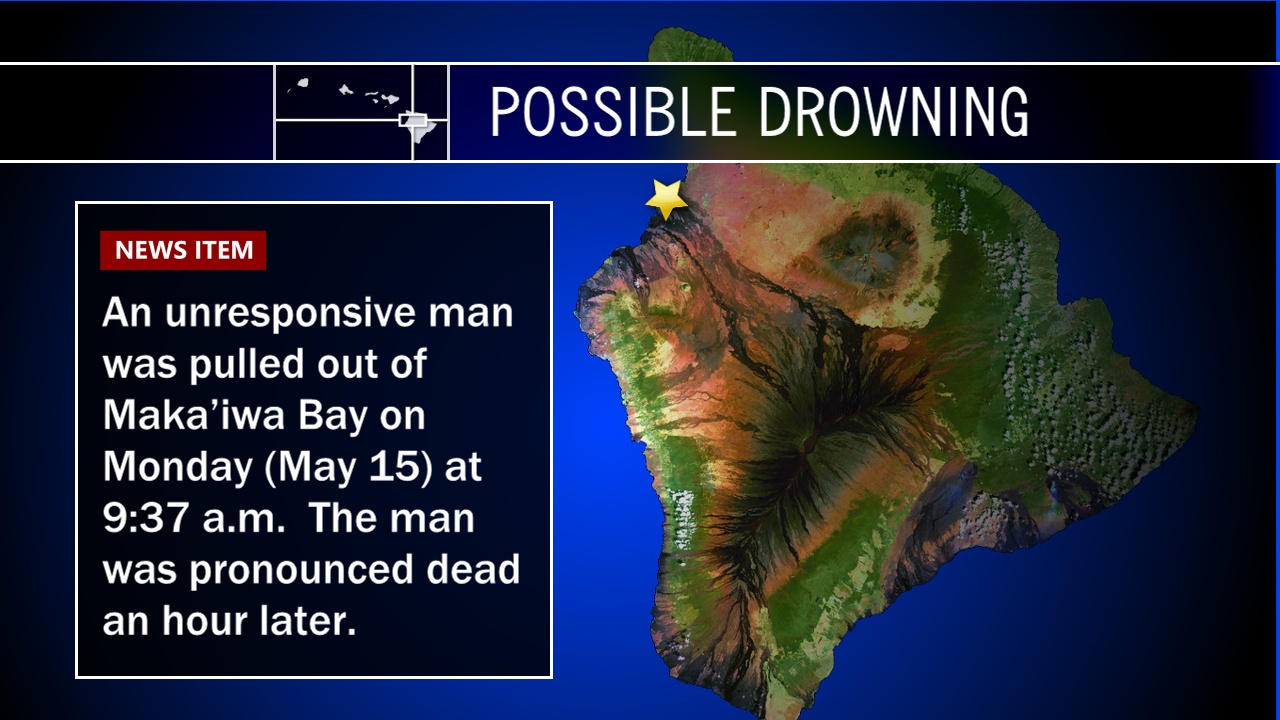 KOHALA COAST - Hawaii County Police have begun a coroner’s inquest and ordered an autopsy to determine the exact cause of death.

(BIVN) – Hawaiʻi County Police say they are investigating a drowning in that occurred Monday along the South Kohala.

On May 15 at 9:37 a.m., patrol officers responded to a report that an unresponsive man was pulled out of Maka’iwa Bay which is located off of South Kaniku Drive in the Kohala Coast resort area.

“When police arrived, Hawaiʻi Fire Department medics were performing cardiopulmonary resuscitation before transporting the victim to North Hawai’i Community Hospital,” police wrote in a press release. “He was pronounced dead on (May 15) at 10:55 a.m.”

Police are withholding the victim’s identity pending notification of next of kin.

Police have begun a coroner’s inquest and ordered an autopsy to determine the exact cause of death.