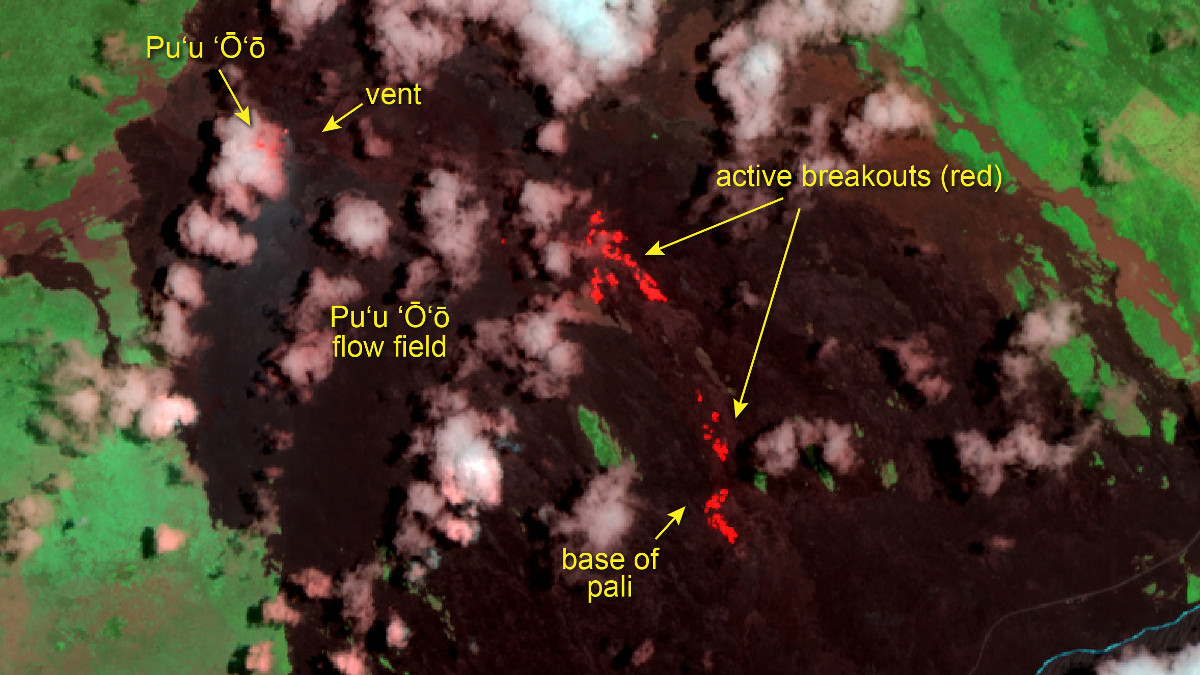 HAWAII ISLAND - A satellite image captured on Friday, June 2, by the Sentinel-2 satellite operated by the European Space Agency was shared recently by the USGS. 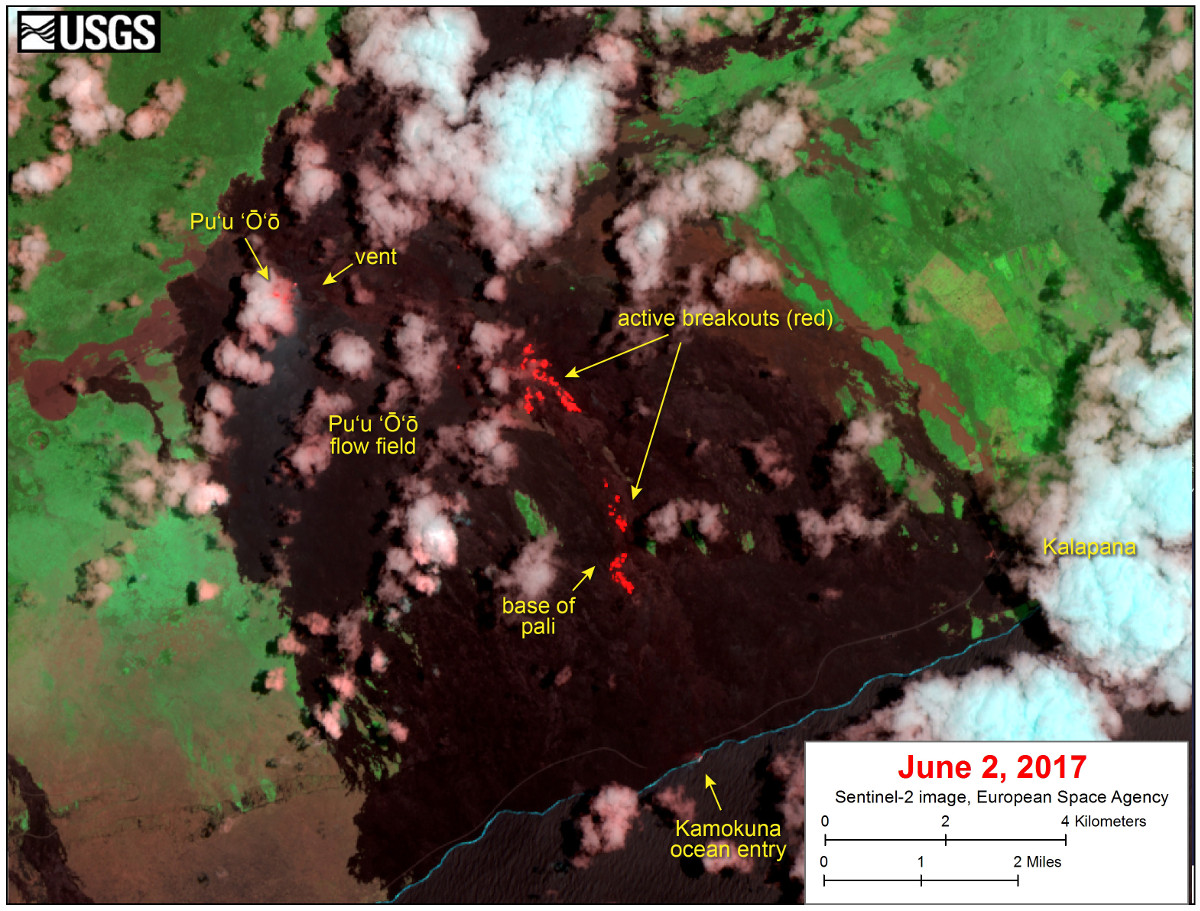 (BIVN) – The USGS Hawaiian Volcano Observatory is sharing a new satellite image, captured on Friday, June 2, by the Sentinel-2 satellite operated by the European Space Agency.

Scientists say that although this is a false-color image, “the color map has been chosen to mimic what the human eye would expect to see. Bright red pixels depict areas of very high temperatures and show active lava. White areas are clouds.”

The scientists say the image shows that breakouts continue in several areas on the flow field. “The largest breakout is in the upper flow field,” scientists say, about 2.8 miles southeast of Pu‘u ‘Ō‘ō.

“Smaller breakouts are present on the pali. Breakouts are also active on the coastal plain, near the base of the pali. A faint thermal anomaly is also present at the Kamokuna ocean entry,” the scientists say.

The lava flows pose no threat to nearby communities at this time, USGS says.