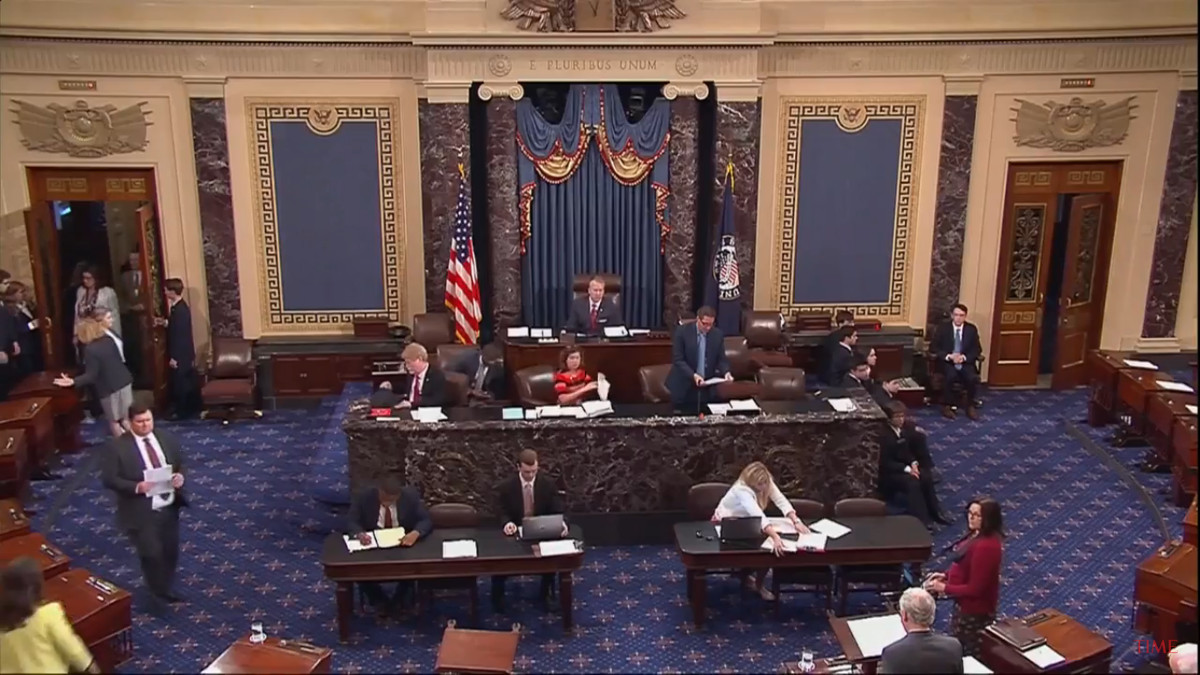 (BIVN) – A Senate health care bill written in secret was finally revealed to the public on Thursday.

A vote on the 142-page bill, referred to as the “Better Care Reconciliation Act of 2017”, could come as early as next week. A discussion draft of the bill has been posted online.

“I’m pleased that we were able to arrive at a draft that incorporates input from so many different Members, who represent so many different constituents, who are facing so many different challenges,” Sen. McConnell. “The draft containing the solutions I mentioned — along with many others — is posted online, and I encourage everyone to carefully review it. There will be ample time to analyze, discuss, and provide thoughts before legislation comes to the floor. I hope every Senator takes that opportunity. Next week, we expect the Congressional Budget Office to release a score. After that, we will proceed with a robust debate and an open amendment process on the Senate floor — a process that I would encourage each of our 100 Senators to participate in.”

“When legislation does come to the floor, it will present Senate Democrats with another opportunity to do what’s right for the American people,” McConnell continued. “They can choose to keep standing by as their failing law continues to collapse and hurt more Americans, but I hope they will join with us instead to bring relief to the families who have struggled under Obamacare for far too long. Either way, we have to act. Because Obamacare is a direct attack on the middle class, and American families deserve better than its failing status quo — they deserve better care. That’s just what we’re going to continue working to bring them.”


“This is a bill designed to strip away health care benefits and protections from Americans who need it most, in order to give a tax break to the folks who need it least,” said Sen. Chuck Schummer (D-New York). “Simply put, this bill will result in higher costs, less care, and millions of Americans will lose their health insurance, particularly through Medicaid. It’s every bit as bad as the House bill. In some ways it’s even worse. The president said the Senate bill needed heart. The way this bill cuts health care is heartless. The president said the House bill was mean. The Senate bill may be meaner. The Senate Republican health care bill is a wolf in sheep’s clothing. Only this wolf has even sharper teeth than the House bill.”

U.S. Senator Brian Schatz (D-Hawaii) also spoke out on the Senate floor in opposition to the bill.


“There are just two things that Americans need to know about the Republican health care plan: it’s going to make health insurance more expensive, and it’s going to make it harder to get health care in the first place,” said Senator Schatz. “That is the bottom line of this bill. Higher costs for less care – and all for a tax cut for the rich.”

The night before, Hawaii U.S. Senator Mazie Hirono took to the Senate floor to oppose the secretive crafting of “the latest version of Trumpcare.”

“Right now 13 of our male colleagues are sequestered away somewhere, plotting how to deprive millions of women across our country access to essential health care.,” Sen. Hiriono said. “Frankly, it’s sad that we are having this debate at all. But it isn’t surprising.”

“Before the ACA, insurance companies could discriminate against women of childbearing age. They could charge outrageous rates for birth control and contraceptives. Now, under the ACA, women have secure access to care before, during, and after their pregnancies. They can no longer be charged outrageous rates simply for having a child, or be denied access to mental health services if she suffers post-partum depression,” Hirono said. “The fight against Trumpcare continues, but I’m going to do everything I can to protect women’s health and their right to control their bodies. I urge my colleagues to oppose any measure in Trumpcare that takes women back to the days when our very gender was considered a preexisting condition.”

Today is also World Kidney Cancer Day, and Senator Hirono will discuss how her battle against kidney cancer has shaped her fight against Trumpcare.